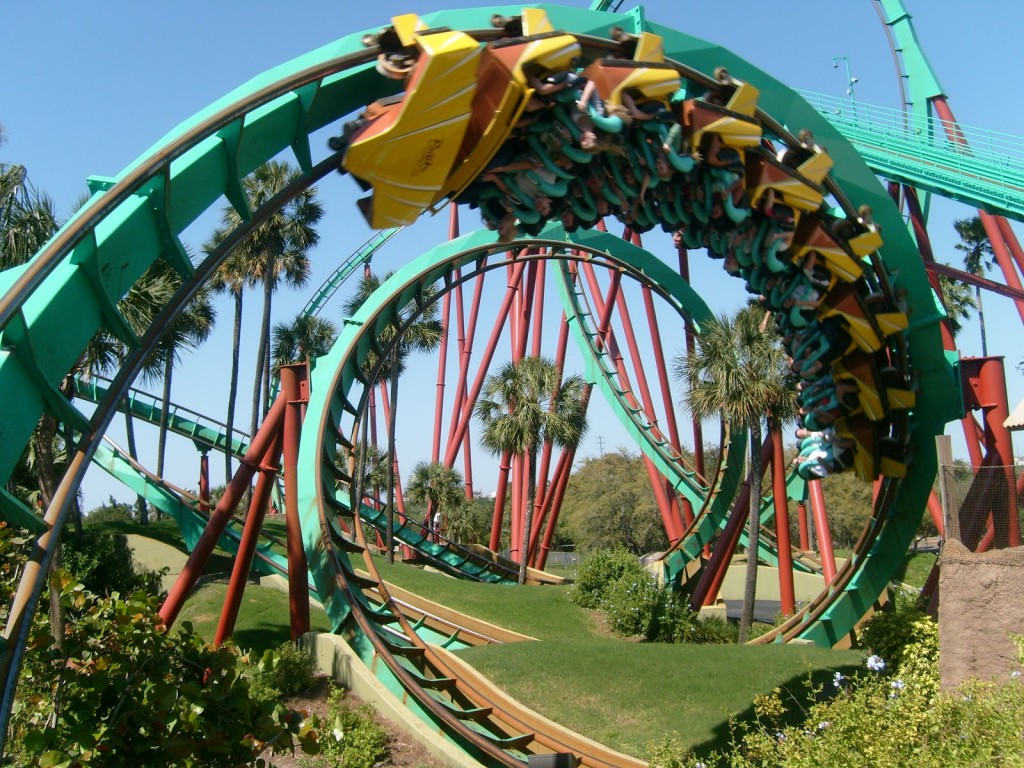 Thanks for checking out today’s edition for MDtW here on SSL. Look at me being all fancy with the abbrv. and shit. That’s how I’m rolling now that I’m a little more comfortable around these parts. I feel like you have all been exceptionally inviting and appreciative of my contributions. Very cool stuff.

So Rollercoasters right? You know I love them. I have fond memories of working for a telco back in the day living in the Kansas City area. We would always get weekends off and save up our finest to take to Worlds of Fun and go get blazed and ride coasters all day. Good times indeed. Had I known that the very rides we were getting our dopamine buzz from were much more dangerous than the weed stuff we were smoking to enhance the overall life experience, we probably still would have rode them. You gotta enjoy life right? 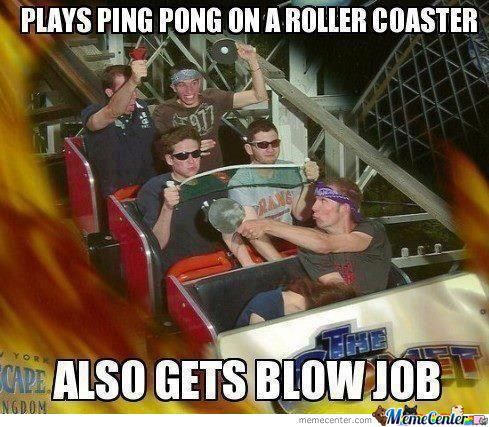 The stats say that about 1 in 300 million according to asktheodds.com. That’s 300 million more deaths than weed any day of the week. So what are some of the more interesting ways these twisting turning temples to the great god of dopamine release have murdered humans?

If we are talking injuries, which we really aren’t, then your chances go all the way up to 1 in 24 million. 1 in 24 million of you will get injured at some point in your lives riding a roller coaster.

To start things off I came across this interesting site called rideaccidents.com. It basically aggregates articles that have to do with roller coaster deaths or injuries. I’m not even sure if it’s still updated, as the most recent post is from September 2014. It also looks like the site was designed back in the late 90s, and has a contact email @aol.com to match. Actually, if you scroll down and look on the left, it says the site was started in 1996. I called that shit. I did email them to see if the site was still running. If I get a response from the aol email address, I’ll definitely let you know in the comments. 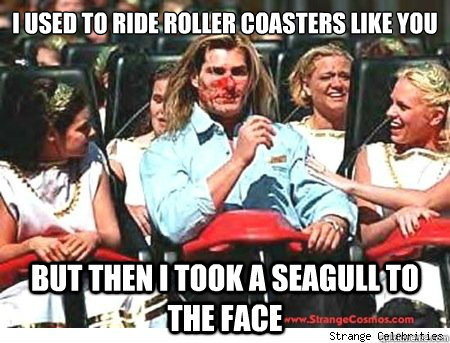 So they say on their U.S. Amusement Ride Fatalities page that shows information from 1972 to 1997, that over 90 people have been killed in regards to coasters. Some people riding them and either being thrown off, or hit by a cart that fell off the tracks. On investigation from 1972 concluded that the girl had unfastened her safety belt and tried to exit the ride before it had come to a complete stop. This is probably where we get that cliche about keeping your limbs inside the car until it reaches a complete stop.

We don’t really think about it, but when we get into these machines, we’re basically putting our lives in the hands of every single person that has ever had to check a nut or bolt on these rube goldbergesque death machines. That’s probably subconsciously what makes it more fun.

There’s a lot of people getting thrown out of carts and busting their heads on rocks in embankments. Lots of people falling hundreds of feet to their death. A couple of people were even electrocuted to death. Some people got killed for being where they shouldn’t be, and some where just a victim of circumstance. That moment when life gets on some wrong place wrong time type shit. 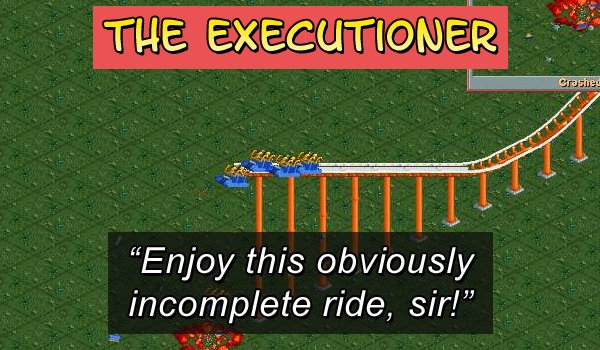 There was an interesting story about a Haunted Castle attraction at Six Flags Great Adventure theme park in Jackson Township, New Jersey. Apparently they used some crappy flammable stuff, and somehow a fire started and lit the whole trailer complex on fire. A bunch of kids died in there and their parents sued, but of course six flags had millions to spend on it’s defense and was later acquitted.

I also found this interesting study looking at the number of fatalities related to roller coasters and the factors common to multiple incidents. It makes for pretty interesting read if you’re a stats nerd.

I’d like to conclude today’s edition of MDtW with this cool HuffPo infographic detailing the most deadly roller coasters. I like how they have things sorted by type. Roller coasters, cable rides, spinning rides, and water rides.

It should also be noted that a lot of states don’t even have any real oversight in regards to these things. Which is amusing to me, considering all of the ridiculous hoops the government makes legit cannabis businesses jump through just to get a product into the consumers hands. Statistically speaking, this whole shit is backwards. It’s slowly coming around to work the proper way, but not fast enough. Change is never fast enough for those waiting for it. That’s why we gotta fill our time doing constructive and creative things, like reading Stuff Stoners like. For Stuff Stoners Like, I’m Mat Lee.