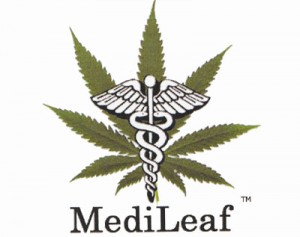 Yesterday more than 50 narcotics officers, some in ridiculous Rambo garb, working with the Santa Clara County Special Enforcement Team (SET) raided the two MediLeaf medical marijuana dispensaries in San Jose as part of an eight-month sting operation alleging the dispensaries and those involved were laundering money and selling weed illegally. Both MediLeaf’s locations, 2129 South 10th Street and 1340 Meridian Ave., were closed, the marijuana was seized and documents as well as computers were taken.

According to the Gilroy Police Department, the investigation revealed probable cause to “believe the MediLeaf stores to include their owners and limited family members were involved in the illegal sales of marijuana and (illegally) laundered the proceeds through financial institutions.” 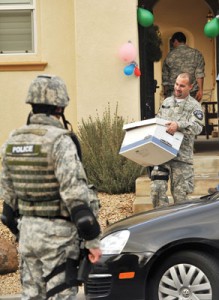 MediLeaf has been plagued with legal hassles since it opened back on November 9, 2009 in Gilroy without a proper business license. It was forced to close Augugust 9 after Superior Court Judge Kevin McKenney issued an eight-page order upholding the city’s claim that MediLeaf was operating illegally following a Gilroy lawsuit.

When told about the alleged crimes, Provost said, “I seriously doubt that. Batzi is just a really good guy. From what I understand his father was ill and medical marijuana was helping him. He passed away and wanted to make it available to others.” Provost also mentioned business clearly dropped off “since they’re not open anymore,” he said and continued, “California legalized medicinal marijuana, I don’t see the problem…”

If you live in the Bay and want to take part in ASA’s Coordinated Response to these raids here are the deets direct from Americans for Safe Access themselves:

Emergency Meeting
4:00pm
MedEx 2000 Senter Rd. San Jose, CA 95112
Phone: 408-930-6339
We will share what we learned from our response yesterday and how we can improve in the future. Learn what you can do to protect your collective in case of a raid.