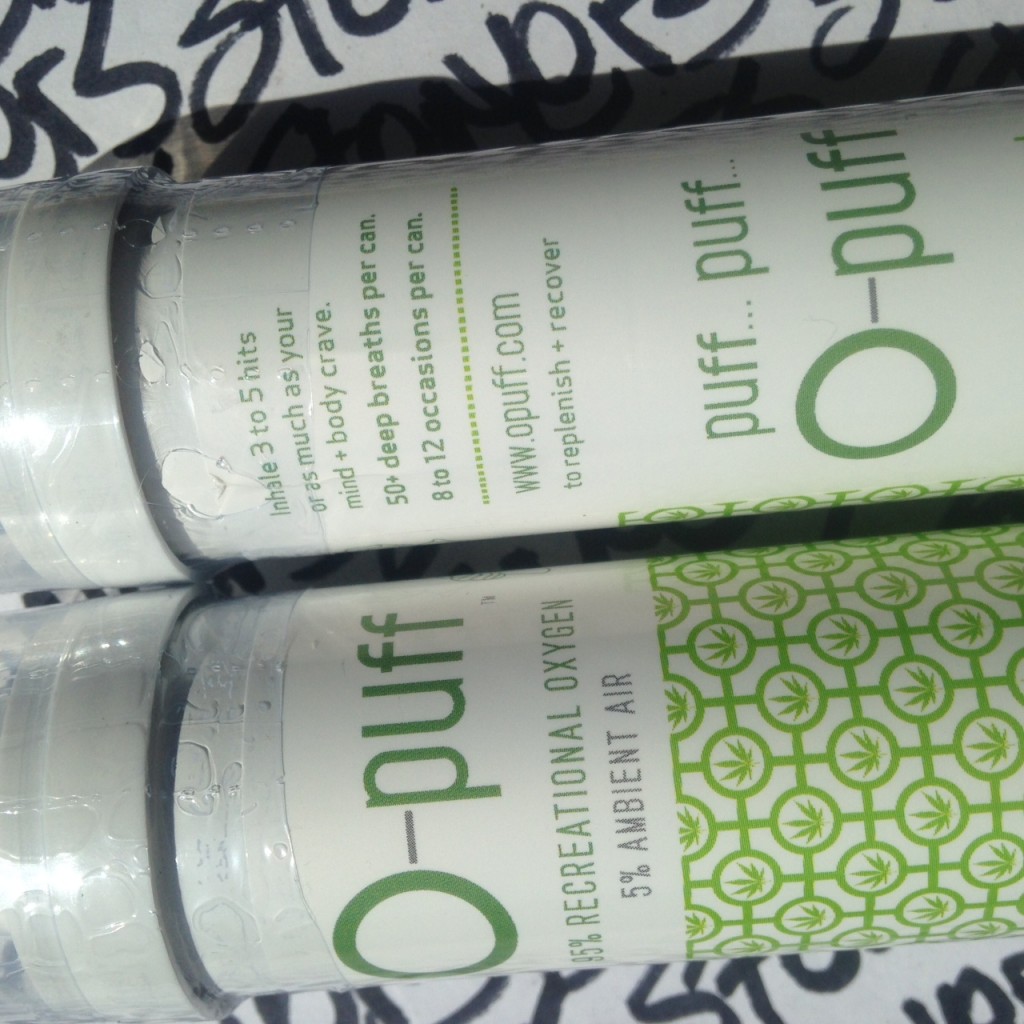 We’re big fans of recreational drugs. Specifically marijuana. So naturally the dudes from Oxygen Plus thought we’d like to try some of their new recreational oxygen. Remember all those oxygen bars that popped up at concert venues and shit during the 90s? Well, the idea’s back.

So Oxygen Plus sent us a few hits of this recreational oxygen stuff—which comes in a can. How else are they supposed to package recreational oxygen, you stoner? But this isn’t just an ordinary can. It’s a tall, slender one with pot-leaves printed all over it that was constructed using aerospace-designed canister technology—whatever the fuck that is, but it sounds cool, right? It’s filled with 95 percent recreational oxygen—the good stuff, dude. Its cut with 5 percent of some shit they call ambient air. And each can contains more than 50 hits. That’s a lot.

The manufacturers claim that huffing their stuff will produce a better cannabis experience. Don’t get us wrong, our cannabis experience—er, uhm we mean being stoned is pretty fucking awesome as is. But we’re always down with novel ways of enhancing it. We usually opt for some Pink Floyd and Chinese Food delivery, but these dudes claim that O-puff not only helps enhance your high, by promoting metal focus and clarity, but it also helps users recover from a big puff.

Does it work? Well, it seems like high-paid athletes inhale oxygen when they’re winded. So why wouldn’t a big blast of oxygen to the face help after a huge coughing fit from that blunt?