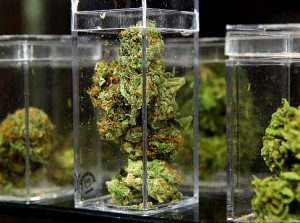 Sure, Prop 19 failed and the recreational use of marijuana still remains illegal here in California, but that’s not stopping the city of Oakland from going forward with the mainstreaming of marijuana as  plans to create those four proposed weed-culture-crushing 100,000 square foot Gardens of Weeden are still being considered. Permits, via a blind selection, will be awarded on January 19 of next year.

Last night about 75 weed opportunists attended an Oakland City Council meeting to learn how to apply for the coveted four permits allowing the cultivation of medical marijuana on an industrial scale and to ask whose ass is on the line when the Feds come knocking.

Along with a yearly fee of $211,000, $5,000 to cover administrative costs, and a $3 million insurance policy, those looking to mass-produce profits marijuana are expected to drop anywhere between $5 and $8 million to get their weed warehouse up and running. All of which could be lost, along with basic civil rights, liberty and…uh…FREEDOM if the feds decide to bust the owners and operators of these first-ever, legal, large-scale weed manufacturing facilities. Oh and when we say legal, we mean by CA standards, not the Federal Government’s. 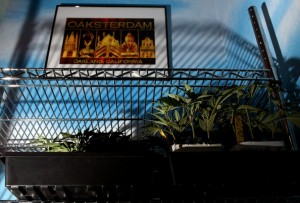 But, according to Oakland City Councilmember Jane Brunner, there hasn’t been much concern or discussion about the very real possibility of the FEDS destroying livelihoods. And, when pressed, she was quick to point out the feds kept their hands off when Oakland legalized marijuana dispensaries selling medi-weed on a smaller scale. Apparently she forgot about the numerous DEA raids of law-abiding dispensaries all over the state of California taking place over the years since medi-weed laws were enacted, but hey…the city of Oakland looks to make a lot of money here, even if a few growers risk spending the rest of their lives in jail for cultivating more than 100 plants at a time.

“If they come in and start fighting it because it’s bigger cultivation, I’m not sure we’ll be there fighting that fight for the cultivators. So I think it’s a little bit of a risk,” says Brunner.

But you can be sure, she’ll be there fighting for the city’s cut of the tax revenue no matter what. Another concern for these guinea pig growers is staunch weed-hating Republican Steve Cooley, who just might become CA’s next state attorney general, since that election is still undecided. unCooley said last week that he’ll prosecute marijuana dispensaries, even if cities allow them. So, uh…watch out Oakland.

And, of course not everyone is pleased with these inevitable mega-weed marts and the mass-manufacturing of marijuana, especially cannabis connoisseurs and small-time marijuana growers. “Government should not choose the winners and losers but create a level playing field,” said our friend, Steve DeAngelo, who runs the largest medical marijuana dispensary in the country, the Harborside Health Center in Oakland. Like us, DeAngelo has opposed Oakland’s City Council decision to allow large-scale growing. “Some people might prefer mass production, assembly-line cannabis that costs less. Others might prefer cannabis grown by a master gardener in a smaller plot. Let the market sort it out.”