Philadelphia marijuana laws are about to change now that Mayor Michael Nutter has agreed to sign into law a bill that would decriminalize the possession of small amounts of weed. But, before he puts pen to paper the Philly City Council will need to make a few tweaks to the measure.

According to CBS Philly the original bill, authored by councilman Jim Kenney, would have police issuing citations akin to a parking ticket for possession of one ounce of pot or less, much like laws here in California. However, Nutter’s administration and police officials aren’t really feeling that approach. So Kenney and the mayor have reached a compromise: the infraction would result in what’s called a “non-summary civil offense.” 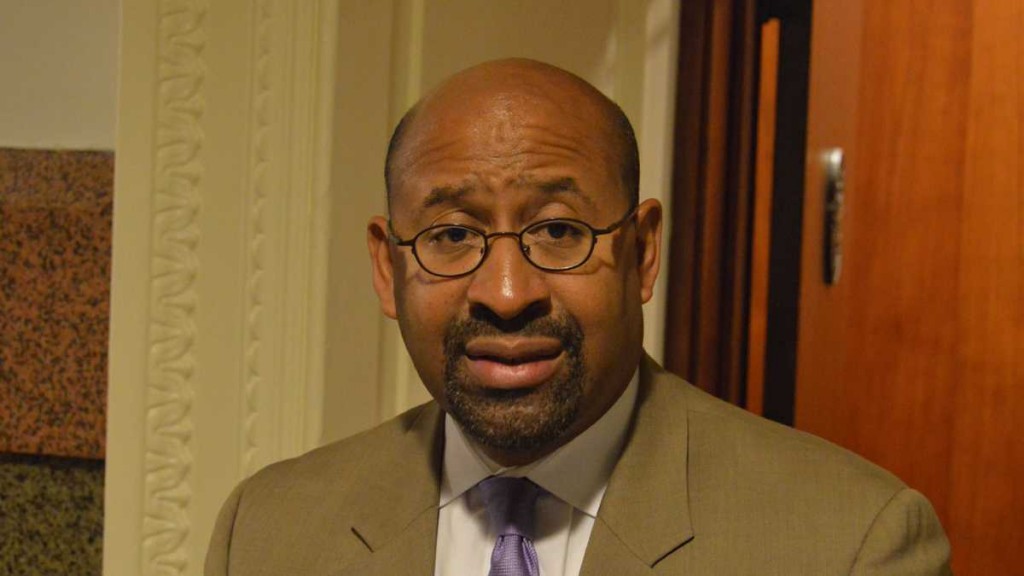 What the fuck does that mean? We’ll let Kenney explain; “We’ve gotten to a place where it is out of the criminal realm,” Kenney said today. “There’s no more handcuffs, no more bookings, no more criminal record. Police will not have to leave their posts and go to the station house to deal with this. People will pay a fine based on the offense: $25 for the possession of anything under an ounce.”

If busted with weed, stoners would be required to appearance before a Municipal Court judge, but there would be no criminal record. Anyone caught smoking weed in public would face a $100 fine, that can be waived if they agree to several hours of public service.

“There will be no criminal record for an individual. And that’s a major step,” Kenney says. “We have so many people that we are putting in the prison pipeline, and the poverty pipeline, because a criminal record is a debilitating thing.”

The new approach will allegedly spare more than 4,000 people from being arrested each year, and will save the Philadelphia Police Department about $4 million a year.

Changes to the bill are expected Thursday, when City Council returns from its summer recess. Once that happens, it’s up for a final vote and then sent to mayor Nutter for his autograph.
Think it will pass? Let us know in the comments below…

One Response to “Philadelphia Marijuana Laws Are About to Change”