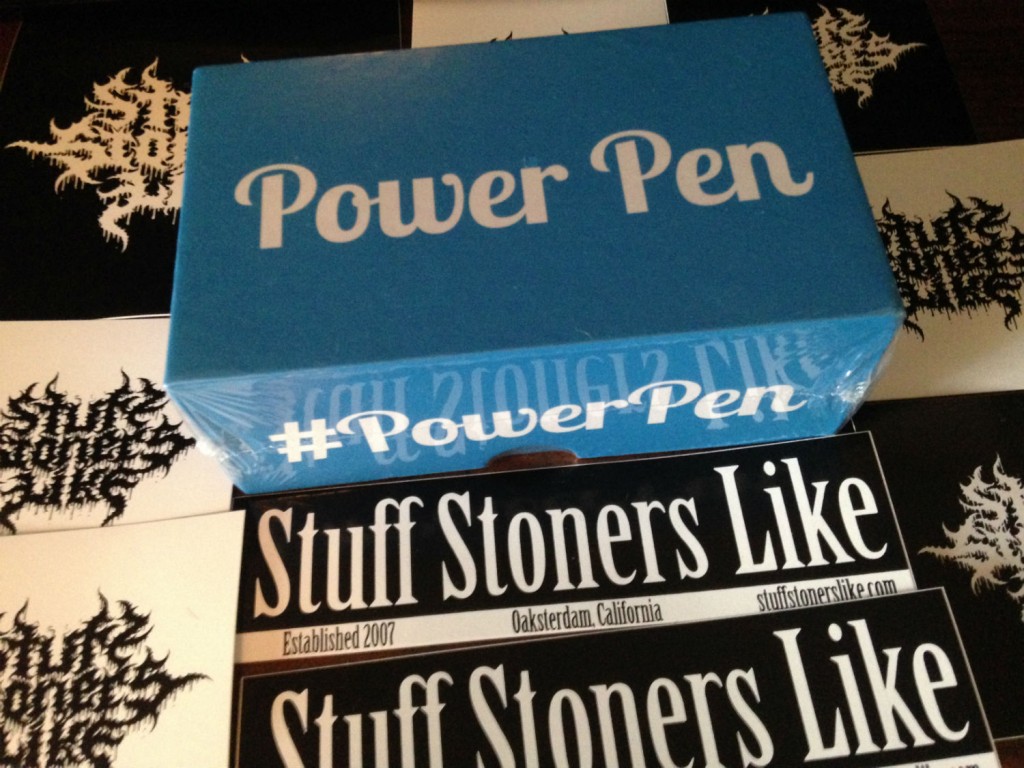 Why do stoners like vaporizers? Because they’re pretty fuckin’ stealthy, man. And getting stoned without detection is definitely stuff stoners like. When you hit a vape pen there’s no smell involved. That means you can get stoned in places like the bathroom at work, your mother-in-laws house, the cereal isle at the grocery store—and nobody knows what the fuck you’re doing. The pen features a unique two-piece atomize making it very compact—just over 4 inches in size.
It’s got a blue LED back-lit power button that turns the pen on and off after 5 clicks—ideal for those who like to carry their pens in a pocket so it doesn’t accidentally go off.

This vape pen works with just about any type of concentrate from wax, to budder, to shatter. Highly refined solventless concentrates work even better and taste even more awesome in it. Plus packin’ the Power Pen is really simple. In fact, packing this thing is so simple we did it in the dark countless times—at gigs, in grow rooms during the dark cycle, etc. Want one? Yer in luck because we’re kickin’ one down.

How do you win?

CONTEST IS OVER
Just leave a comment below and we’ll pick our favorite. Contest ends December 5th at 4:20 PST. We’ll cover shipping if you live in the US. If you live outside the US, shipping is on you, dude.