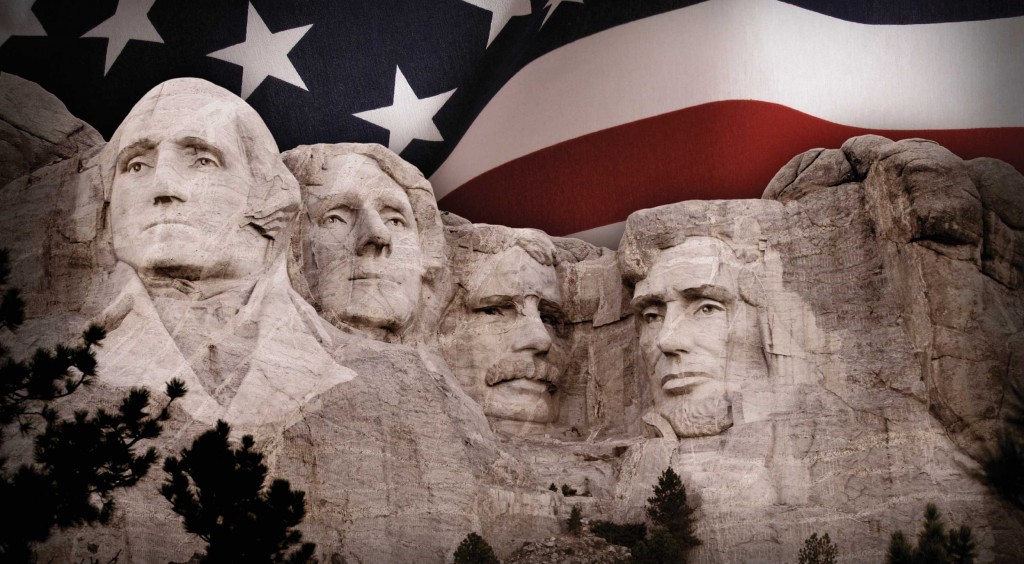 Even presidents gott STONED. And, we’re not talking about Mt. Rushmore here. Out of the 43 people who have held the title of President of the United States of America…leader of the FREE WORLD, we know 12 of them admittedly smoked marijuana. And, as we celebrate President’s Day we want to point out one very important notion; our founding fathers literally conceived the idea to “create a new and democratic nation” while they were stoned! It’s widely known our Declaration of Independence was written on hemp paper and according to Slater in Dazed and Confused, good ol’ George Washington, the first president of our great nation “absolutely toked weed, are you kiddin’ me, man? He grew fields of that stuff, man, that’s what I’m talkin’ about. Fields,” he said.

So without further adieu…here are the 12 presidents that smoked weed:

George Washington
Washington famously said: “Make the most of the Indian hemp seed, and sow it everywhere!” Back in the day, Washington saw weed as a kick-ass super crop and by 1762, in his hometown of Virginia, he awarded bounties for growing weed. Not only that, he had imposed stiff penalties on those who didn’t grow weed! But, we’re claiming that George liked to get high, not just make rope and soap and shit.

Any person who’s even said the word marijuana knows pesky li’l seeds get in the way of the enjoyment of smoking weed. They burn and pop and fly outta the pipe and land on your Iron Maiden shirt and seer a fuckin’ li’l hole in it and shit. It’s a pain in the ass. Anyhow, if you don’t know..having seeds in your weed is NO BUENO. Sinsimilla, the Spanish word for without seeds is known as “a highly potent marijuana from female plants specially tended and kept seedless by preventing pollination in order to induce a high resin content.” The only real reason to remove seeds, seek out only females and increase resin, or THC–the shit that gets you high…is to get HIGH! Think about it. And, we’ve got record in Washington’s own diary, that, along with having a crush on Marsha Brady, he did just that: May 12-13 1765: “Sowed Hemp at Muddy hole by Swamp.” August 7, 1765: “–began to seperate (sic) the Male from the Female Hemp at Do–rather too late.”

There’s all sorts of information in his diary that proves evidence that he liked to smoke weed recreationally and medicinally. He also supposedly preferred his hemp pipe to alcohol and loved how it smelled. You don’t think those fuckin’ wooden teeth didn’t hurt, do you? C’mon…weed was aspirin back then.

Thomas Jefferson
“Some of my finest hours have been spent sitting on my back veranda, smoking hemp and observing as far as my eye can see,” wrote Thomas Jefferson. This cat was an aficionado of weed and grew massive amounts of it on his plantation. He is credited with the phrase in the Declaration of Independence, “Life, liberty and the pursuit of happiness,” and probably came up with the idea while he was high on weed. He was known to smoke and supposedly hated tobacco. While on envoy to France, this dude went to great expense and took a huge risk to himself and his secret agents to procure particularly good weed seeds smuggled illegally into Turkey from China. The Chinese Mandarins (political rulers) so valued their hemp seed that they made its exportation a capital offense.

James Madison
James Madison grew the herb on his plantation and was such a stoner that while he was stoned one day he conceived the idea to create a new and democratic nation!

James Monroe
President number five, James Monroe, grew hemp on his plantation and began smoking weed as an Ambassador to France. He allegedly continued smoking for the rest of his life!

Andrew Jackson
According to the American Historical Reference Society and the Smithsonian, there’s evidence that Jackson grew hemp on his plantation. Its also well-known Jackson got stoned with his troops to alleviate the aches and pains associated with being shot at.

Zachary Taylor
Known as “Old Rough and Ready,” Taylor had a forty-year military career in the United States Army and it was alleged that he also smoked out with his troops. He achieved fame leading American troops to victory in the Battle of Palo Alto and the Battle of Monterrey during the Mexican–American War and marijuana probably played a huge role. Alexander the Great used Aloe to heal his wounded troops after battle, looks like Taylor used a different herb.

Franklin Pierce
Pierce was also a military dude, a brigadier general in fact, that blazed with his troops. It’s well-known that he wrote marijuana was “about the only good thing” to come out of the Mexican-American war. Years later, this “good thing” became a weapon used to discriminate against Mexican-Americans. 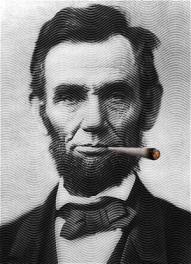 Abraham Lincoln
Lincoln famously said “Prohibition…goes beyond the bounds of reason in that it attempts to control a man’s appetite by legislation and makes a crime out of things that are not crimes. A prohibition law strikes a blow at the very principles upon which our government was founded.” Man, that’s exactly what we’ve been saying about marijuana prohibition for days! If honest Abe were still alive today, we bet he’d be REALLY pissed off about marijuana prohibition.

Okay so, there’s this letter Abe sent to the Hohner Harmonica Company that’s often disputed. It seems as if Abe was lookin’ to score himself some free schwag like a harmonica, or a cleaning kit, or some shit…in exchange for his endorsement. Some say he sent it just after the company was founded in 1857 and right before his 1865 assassination. The letter says: “Two of my favorite things are sitting on my front porch smoking a pipe of sweet hemp, and playing my Hohner harmonica.” It was allegedly on display at the Hohner museum, but curators have long insisted its not there. It is possible the letter never existed and it’s entirely possible there was some foul play involved.

John F. Kennedy
Along with probably smoking weed with Marilyn Monroe, another notable pot-head, Kennedy chronically smoked weed to treat his bad back. He was also looking to legalize marijuana in his second term, something the mafia, who allegedly got him elected and eventually whacked him, probably wouldn’t have dug.

Bill Clinton
Clinton famously outted himself as a pot head when he said, “When I was in England, I experimented with marijuana a time or two, and I didn’t’ t like it. I didn’t inhale and never tried it again.” Uh, sure, Bill.

George W. Bush
Bush came out as a stoner in the late 90s when he famously said; “I wouldn’t answer the marijuana questions. You know why? Because I don’t want some little kid doing what I tried.”

Barack Obama
Along with posing in the greatest picture of an American President smoking a joint. Ever. The current President flat out admitted to smoking weed by saying; “When I was a kid, I inhaled. That was the point.” 2 Responses to “Presidents that Smoked Weed”