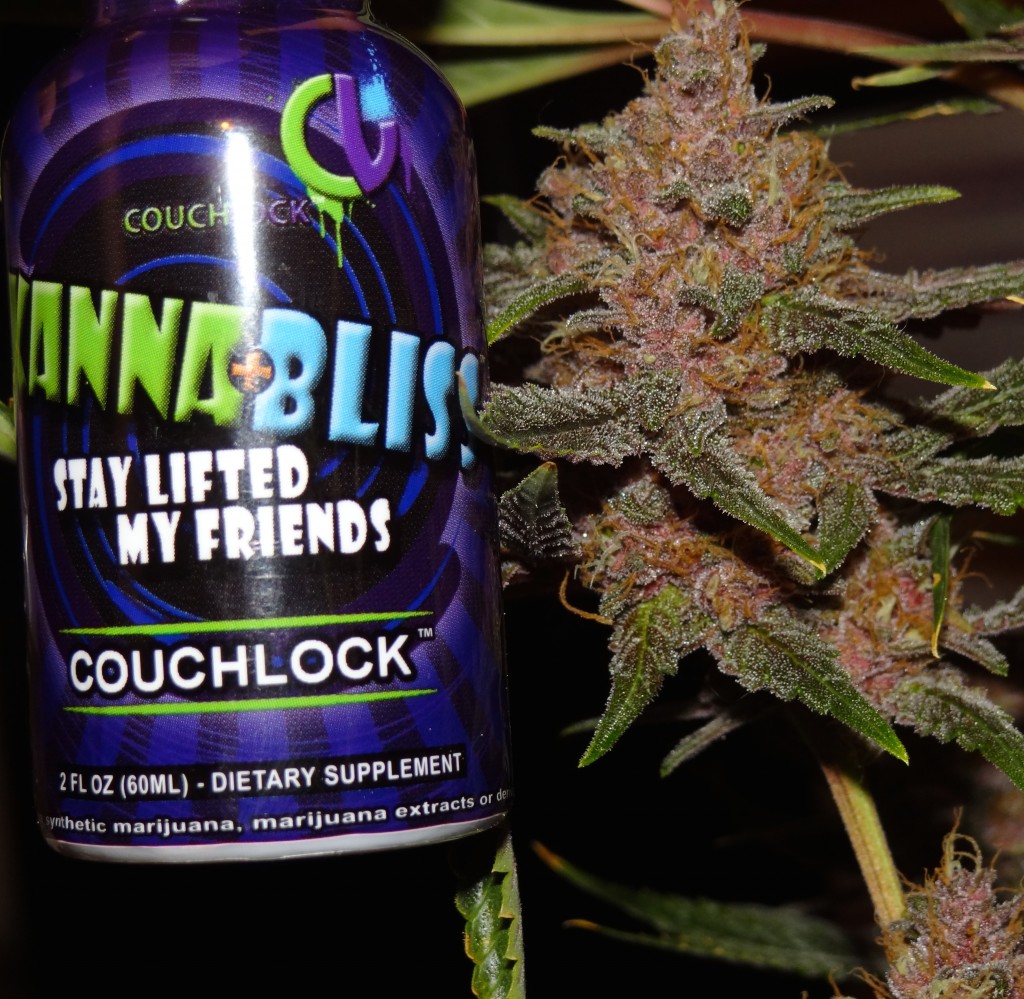 I got word of Kanna+Bliss right from the owner of CouchLock, Jerry Szycer. He told me I would not be disappointed with Kanna+Bliss and to my surprise he was not wrong. I say “to my surprise” because let’s face it, in the growing industry of cannabis there are so many knock off products trying to make a buck. There are so many promises out that it makes it hard to find a true product for a true smoker. This 2oz beverage line claims to alter your experience in a natural way using Kanna and Myrcene in all their shots.

What’s Kanna? Kanna has effects that reportedly elevate the mood and decrease anxiety, stress, and tension. What’s Myrcene? Myrcene is a terpene which allows cannabis to cross the blood/brain barrier more efficiently. 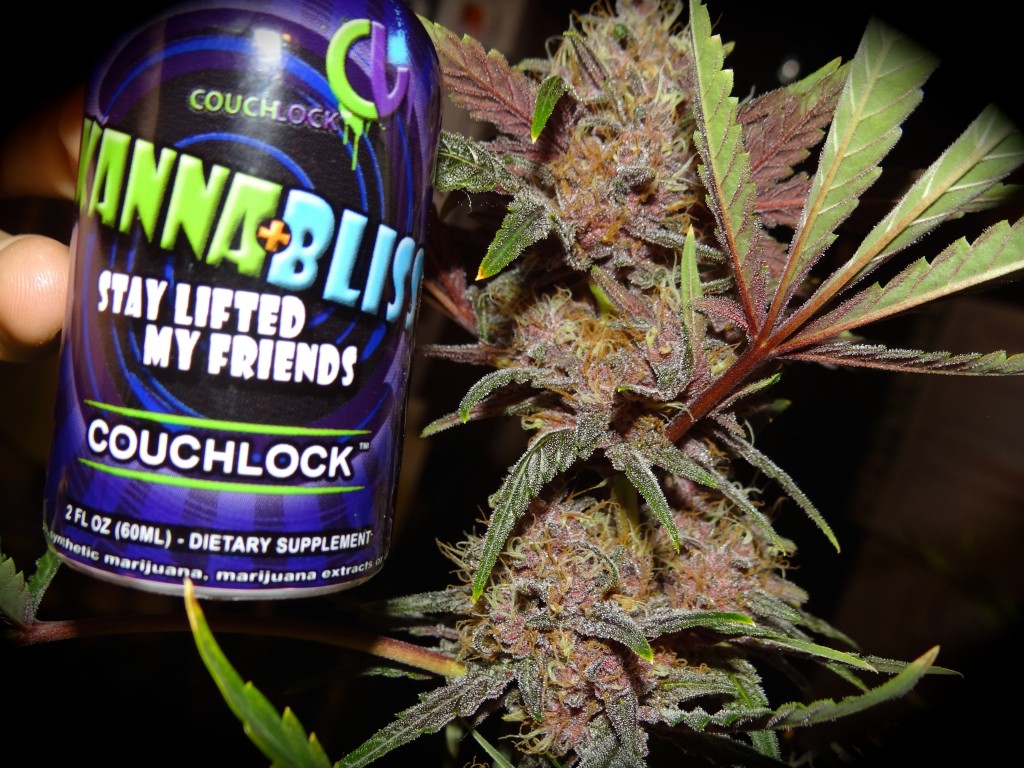 CouchLock have three separate varieties to choose from depending on which results you’re looking for. Below is a blurb of each shot and how they described them on the website:

“Kanna+Bliss High Voltage (Energy): The right amount of caffeine, hops and other powerful active ingredients give you and your bud that much needed boost of energy.

Kanna+Bliss MagnaHigh (Focus): The L-theanine helps you remain focused with reduced mental stress and improved cognition and mood, so you and your bud can chill.

Kanna+Bliss Couchlock (Relax): Melatonin, chamomile and a few other ingredients aid in relieving stress and will help promote better sleep for you and your bud.”

So, after researching all this, I figured I would put this product to the test. I would be using each product independently with the same strain of cannabis from the same harvest. The strain I used was Bubblgum. Test results has the Bubblegum rated at a little over 13% THC / 0.4% CBD / 1.2% CBN.

The first product I used was the MagnaHigh. You’re supposed to drink the KB shots twenty minutes prior to medicating. So I followed those directions and drank it at 7am. Half hour later I smoked a small bowl, only four hits and let it kick in. To my delight I was exactly what the product claimed, I was super relaxed yet super awake. I was able to enjoy a clear heady high for a few hours with no need to re-medicate. There were huge bursts of motivation and Euphoric moments watching ordinary things. Certainly enjoyable to say the least. Next I figured I would use the KB High Voltage to pick me up from my mid-day drag. So again, I followed the instructions and consumed the 2oz shot at lunch and thirty minutes later I was burning that Bubblegum. I assumed the High Voltage was going to work since the MagnaHigh worked so well but Oh My! I was blown away by how much energy I got just minutes after putting the bowl down. If “Red Bull Gives you Wings” then KB High Voltage gives you “Super Sonic Flight”. I had the people in the room laughing at how energetic I was. My stories were filled dramatic reenactments and quick witted jokes that lasted for hours. I was asked if there was any more Kanna+Bliss High Voltage left, because they wanted to be on my level, so I know for sure this product works just as well as the MagnaHigh.

Then came the night cap. When the partying was over and it was time to really chill out and relax I busted out the Couchlock. Drank thirty minutes prior to medicating and kicked back. No lie…. one of the best nights of sleep I have had in a while. I melted away in my bed and never looked back. Normally I am a light sleeper, but I slept uninterrupted in a happy dream world till the next day. I woke up feeling refreshed and clear headed.

FINAL VERDICT: This product does exactly what it says. It’s that simple! If you don’t think I am telling you the truth, I dare you try it for yourself. There is no way that you will be that special person this stuff doesn’t work on.

*These are my pictures of the actual Kanna+Bliss bottles I received from www.COUCHLOCK.com