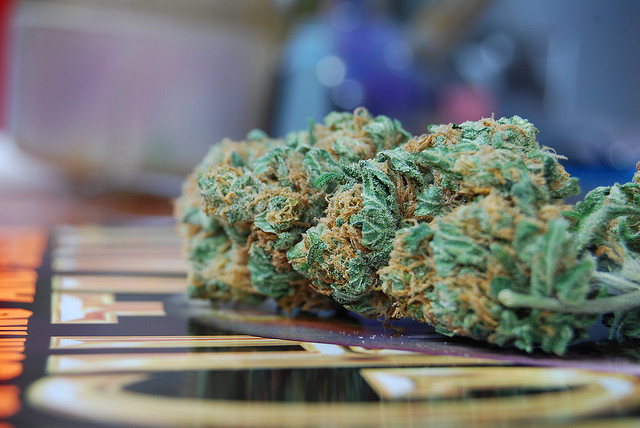 John Larson, a recently retired high school teacher and soon-to-be pot salesman told the NY Times; “If people were dumb enough to vote it in, I’m all for it.” How disappointing. Do you really want to buy weed from a guy like that? Well if you live in Vancouver Washington and you smoke marijuana, you might not have a choice, man. As Washington’s more than 300 recreational stores open only 20 have been green lighted so far. And Larson is among them.

To add insult to injury the Times also pointed out that this 67-year-old Larson guy hasn’t even tried marijuana and that in 2012 he voted against legalizing marijuana in Washington.

The Times also said that this poser “put the most distinctive stamp on Washington’s halting first steps.” That’s not just because of his greed, but because his naivete points out the major difference between how Washington and Colorado rolled out their business models. Colorado’s recreational marijuana shops were born from medical marijuana dispensaries that were already in business. Washington’s started from scratch allowing anyone—even guys like Larson who voted in favor of laws that incriminate the use of marijuana—to get in on the game. However beginning this month any Colorado resident may now also apply for a license to sell recreational weed.

“There’s a demand, and I have a product.” Larson, the ex-science and math teacher, said.

2 Responses to “Do You Really Want to Buy Weed from Condescending Posers?”