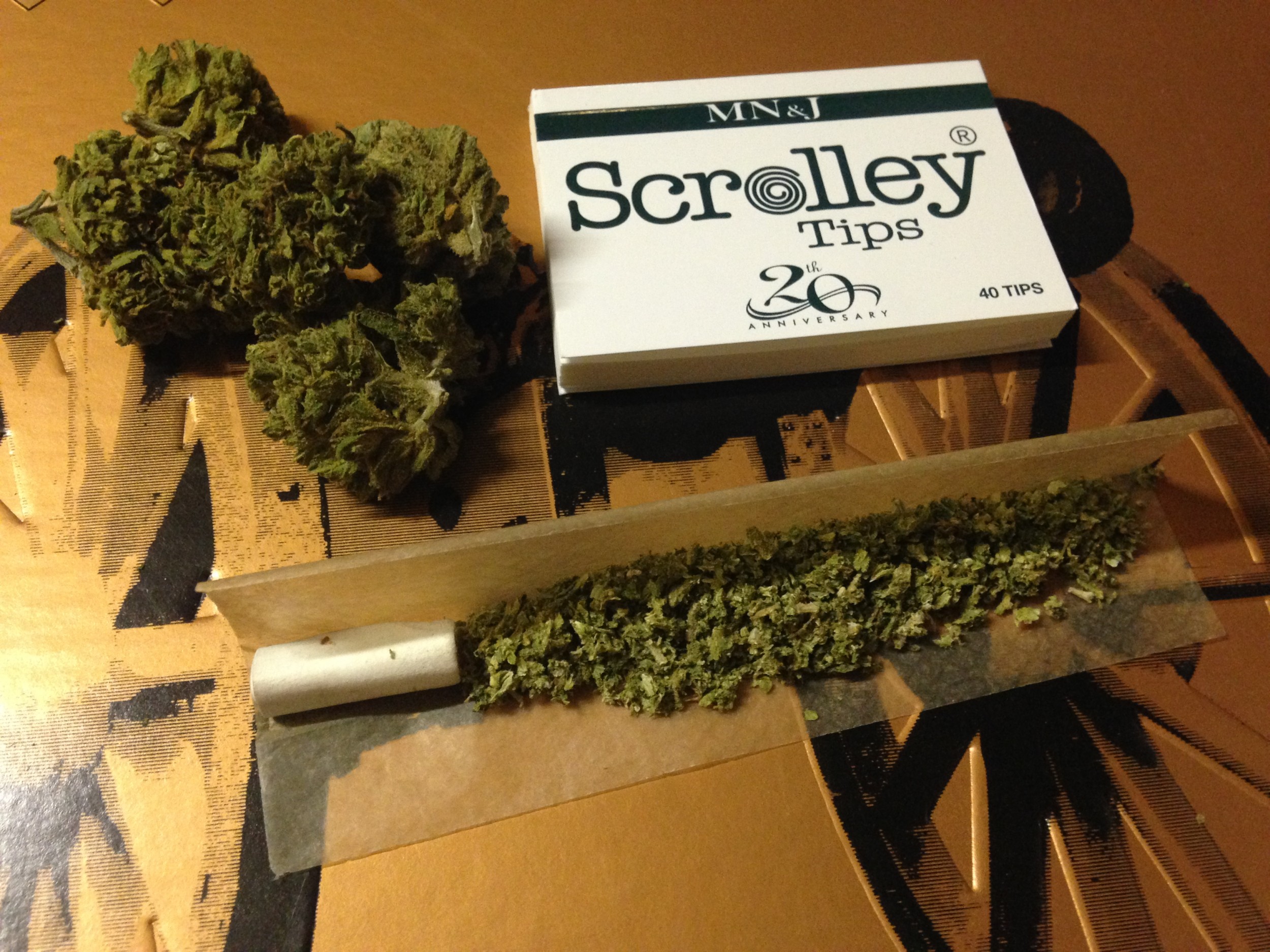 Joints are stuff stoners like. They’re portable, don’t require the use of a blow torch and don’t shatter into a million pieces when you drop ‘em on the garage floor. Plus you can smoke one with a single hand. And most stoners will agree that the best joints are joints rolled with tips.

Tips? Wha? Sometimes called crutches, or roaches, rolling tips don’t filter smoke but they do help better direct its flow. They also correct the many faults of even the best rolled joints; sometimes the weed falls out, or it gets in your mouth or stuck in your teeth and shit, the end of the joint can dissolve in your mouth like one of those funky Japanese rice paper candies, or the tip can burn your lips and fingers. Plain and simple, a joint rolled with a tip eliminates these downfalls and allows you to smoke your weed all the way to…well…all the way to the tip—leaving nothing unburned.

The size and material of the tip is up to you, dude, but instead of junk mail or baseball cards we recommend using rolling tips. Why? “Not only because of the chemical free aspect but for the convenience of having a roach handy,” says our friends Mich & Nik over at Scrolley Tips—the coolest Australian export since AC/DC and the folks who pioneered the tip concept back in ‘93. “They do not contain dioxins, laminates or chemicals that are commonly found on business cards or bus tickets or whatever you’re scratching around for. It’s when these chemicals heat up and you inhale them along with whatever you’re smoking that can be most harmful, they warn.” How does one roll a joint with a tip? Glad you asked, son. First, fold the tip a few times near the edge then tightly roll it into a little scroll. Place that little scroll near the end of the rolling paper and let it spring out a little to allow for maximum smoke flow. Add your finest marijuana and then roll the joint as usual.

You can also roll the joint without the tip in place, use a pen to pack the weed down a bit and then insert the tip. Once it’s in place, use scissors to trim it if necessary. Trust us—it’s best not to have the tip protruding from the joint because it might fall out. If this happens, it ain’t easy trying to fit that shit back in…so you might find yourself packing that joint into a bong so be careful.