Smoke Pot. Save Your Marriage.
Contributed by: @stonedandstuff.

Kramer vs. Kramer is a powerful example of why stay-at-home-moms should get stoned. For those that have never seen this movie, it’s a gut-wrenching symphony of emotion. Joanna, a stay-at-home mom played to the note by Meryl Streep, is on the verge of suicide. She’s obviously been depressed for years and is in the throes of an emotional breakdown. She tells her husband “Ted”, Dustin Hoffman, that she’s leaving him and her son. It seems she’s reached a point where she feels she’ll harm her son or herself if she doesn’t. The film’s fucking heartbreaking. But, it’s full of valuable life lessons. The number one being: don’t be Joanna. Smoke pot. Save your marriage. 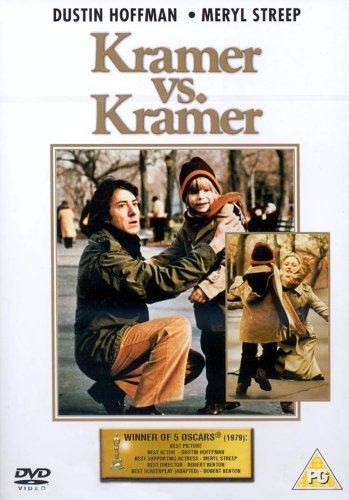 tay-at-home-parents are prone to depression. Shawn Bean, Executive Editor of “Parenting” reported on this issue recently, “After a little digging, I learned that parents—specifically moms of multiples, pregnant women, new moms, stay-at-home moms, parents of special needs children and fathers—suffer from depression and anxiety at a higher rate than the general population, sometimes twice as high.” He went on to reveal that, “there are 16 million children living with a depressed parent.” Now, that is a statistic that should scare the shit out of everybody.

Joanna was clearly depressed. Maybe like most people she didn’t realize she could treat her depression with marijuana? Victoria Woollaston, reporter for “Mail Online” recently wrote an article titled, “Study argues that marijuana may now be touted as a cure for depression”. The study, by the University Medical Center Utrecht in the Netherlands, “claims that THC activates the endocannabinoid system naturally found in the brain to alter our response to negative images or emotions.” If Joanna was 420 friendly and had used cannabis, her cannabinoid system wouldn’t have failed her. She may not have emotionally, chemically and physically fallen apart. Science is confirming what we know. Marijuana is a 100% all-natural antidepressant. And it can benefit the stay-at-home-mom. Depression can take down a family if it goes unchecked—then all of a sudden you’re living a scene from Kramer vs. Kramer. And nobody wants to sit in a park telling their 8-year-old that they are not going to see them everyday. Smoke Pot. Save Your Marriage. It’s that simple.