The Source Orb is next in my recurring series on cool new ways to dab and the ever evolving vape pen. Source Vapes sent me their new Orb XL. SV has recently come out with a wax pen in collaboration with Wub Wub master Flosstradamus. This isn’t that vape pen in particular but it’s the vape pen the Flosstradamus edition is based on.

The only difference is the battery. The Flosstradamus edition comes with the Source Volt 30w. Apparently that battery can kick out up to 8 volts of power and let’s you use subohm attachments and atomizers. I should also say that if you a Flosstradamus edition wax pen you can get one here. Preorders started shipping on February 5th.

So what makes the Source Orb XL different from every other wax pen and apparati we’ve had the pleasure of checking out? First off, it’s the first vape I’ve tried that has come with both a dual coil and a triple coil. The last one that had a dual coil was the Vuber Atlas, which I still use to this day. I always thought a triple coil would be cool, but never something enough to actively search out. 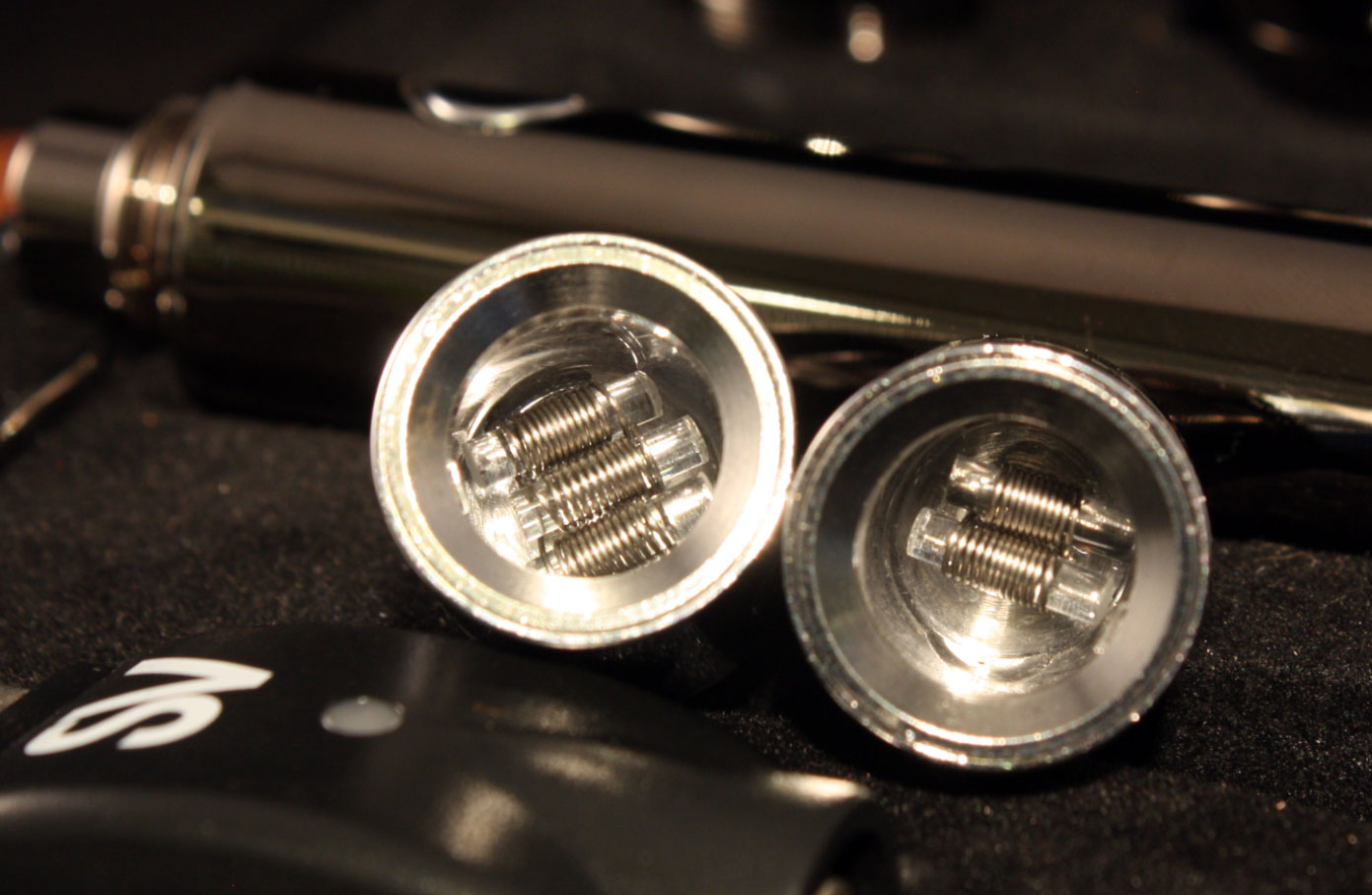 The second thing that differentiates this vape from every other wax pen out there is they are the first one I’ve seen that has replaced the ceramic coil for quartz. This is something I’ve been waiting for. They also boast using Grade 1 Titanium in their coils, so you can be sure it’s all tasty concentrate your tasting and not icky metal. The gear is shiny and flashy, so if you are trying to toke on the downlow, you might want to stick to something a little more low key.

It does have a nice case to carry it in, and you’ll definitely want to make sure you let this dope wax pen cool down first if you have any amount of material in the coil. I’ve seen a lot of these things get messy when you tilt them on their side after vaping. Definitely make sure to let your material cool first, which will make it solidify some before it goes back in the case. This will ensure your gear stays looking good and sticky free to the touch. The large dish under the triple and double coils is meant to hold a gram of concentrate. Of course this will depend on what kind of material you are putting on the coil. I’ve read reviews where people stick to around a half gram if you want to even load that much, and it seems to work great. Personally, unless I know I won’t have a chance to reload my derbs, I prefer loading smaller amounts. It seems to taste better that way, and keeps the coils heating well. It also might be because I’m not used to having a vape pen that can hold that much material. Derbs yo, gotta love them!

I also noticed the pen hits a little on the harsh side. I definitely seasoned it and all that jazz, but if I try to take larger hits than let’s say, a ciggy pull, it definitely puts me on the ground coughing. And not in a good way. I was hoping this would go away the more I used it, but I can’t seem to take a decent hit without coughing my brains out. Why must all the pretty shiny things be so harsh?

All in all, this is a pretty cool pen and I’m bound and determined to find the proper amount of airflow and voltage to deliver the perfect hit. I know it’s there somewhere, I just need to find it. I like how large capacity the battery is at 1300 mAh, and if you use that with a 510 cartridge, you can probably go a week or two without having to charge it. I would also like to try out their Source Globe 4 attachment. The globes always seem to deliver a smoother hit than the dish coils for some reason. Definitely take a look around the Source Vape site, they have a lot of cool stuff for the ORB XL and other pens they offer. The Source Orb is shiny stuff stoners like for sure. If you have a chance to pick one up, don’t hesitate.