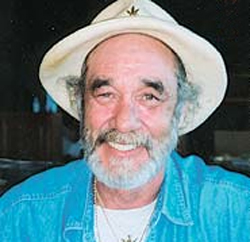 We’re not trying to bum anyone out or anything, but we have to update you all on the Charles “Eddy” Lepp case. Lepp, a Rastafarian minster/current Drug War POW was busted in 2004 for growing 32,000 marijuana plants for patients and fellow Rastas on his land in plain view of a major freeway, Highway 20, in Lake County, California.

What makes this case so sad is that according to a draconian federal mandatory minimum sentencing law, those caught growing more than 999 pot plants are required to serve a minimum 10-year prison sentence. The federal judge who sent Lepp to prison in 2009 criticized the law, but U.S. District Judge Marilyn Hall Patel of San Francisco said she had no choice under the law. And, the Ninth U.S. Circuit Court of Appeals agreed. Sadly, Lepp isn’t in the best of health these days and most likely won’t survive the decade-long sentence.

Lepp claimed he was growing the plants for 2,5000 member of his church who he claimed were all sharecroppers and all were state authorized medical marijuana patients. He also said the patients were all rastas and using “ganja” a religious sacrament.

The appeals court upheld Patel’s refusal to allow Lepp to use religion as a defense claiming his prosecution was due to the government’s “compelling interest in preventing diversion of sacramental marijuana to non-religious users.”

Michael Hinckley, Lepp’s attorney, argued that the 10-year sentence was grossly disproportionate to the crimes. And said. “The thought of him spending 10 years in prison, in circumstances like these, is tragic.”

If you’re interested in helping FREE EDDY LEPP here’s how.