Man, talk to just about any stoner and they’ll tell you that they like to hotbox. They’ll probably go into a long diatribe about all the times they hotboxed and how stoned they got and tell ya all about the people they were with and shit too. That’s because of all the ways to smoke weed hotboxing is a quintessential stoner staple, dude. What exactly is hotboxing, you ask? Well, it’s smoking weed in an airtight space. In fact the VW Bus was initially created as a mobile hotbox.

The whole point of hotboxing is to fill the space you’re smoking in with as much smoke as possible and just sort of marinate in it. Sometimes hotboxing is intentional and other times you might be just a little too stoned to crack a window.

Why is hotboxing Stuff Stoners Like? Well for one it can be a super fun group activity. But if you ask most stoners, they’ll probably tell you that they like to hotbox because they think it’s a good way to maximize their weed. Weed is expensive, man. And by association so is its smoke. So in order to maximize it, smoking in a small airtight space makes sense according to stoner logic, right? 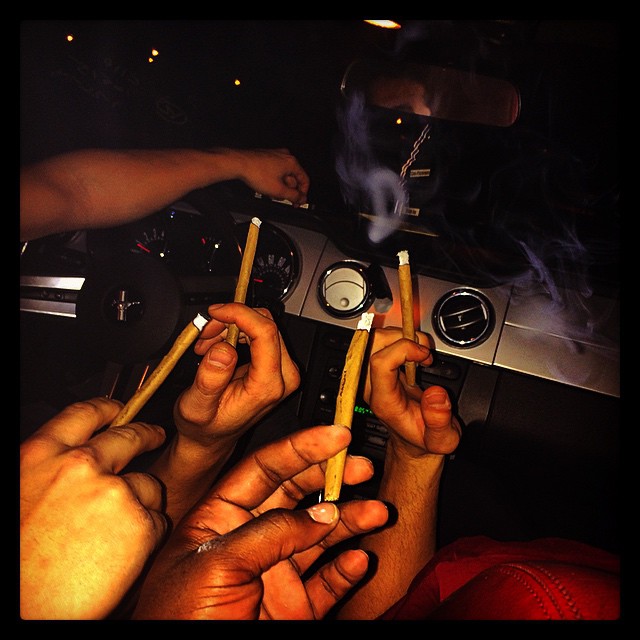 Small enclosed spaces work well as hotbox venues. We’re talking like a closet, bathroom, a cardboard box, the car—whatever. Bonus? Hotboxing in a small space can cut down on paranoia—the less strangers around and the less wide-open space means less paranoia and plenty more smoke.

Don’t have a small space to hotbox? No problem, man. Inventive stoners have created a portable hotboxing device that straps right on your face—the gas mask bong. It’s got to be one of the craziest ways to smoke weed. Usingg a gas mask bong to hotbox your face allows you to “relish the entire smoking process, where you can soak in the smooth smoke directly without any loss,” says one online gas mask bong retailer. If filling an air tight compartment with smoke and your face sounds cool then this hotboxing solution is for you, dude.

If the gas mask hotbox is too intense we’ve got another idea—one that allows you to hotbox in stealth and on the go. Check this thing out. Sure it’s an ordinary umbrella, but look how far down that thing’ll cover your head. It’s almost like a fuckin’ space helmet—that’s what makes it perfect for hotboxing on the go or staying dry in the rain. You’re welcome.

Like to hotbox? Let us know where your favorite place to hotbox is in the comments below…