Last week, our pal Subcool from TGA Seeds was in Amsterdam for the 2010 High Times Cannabis Cup. Below is his report on the whole Cup scene over there. Now that the Dutch government vows to ban herb sales to tourist this just may be the LAST CANNABIS CUP in Amster-D, people. Oh and, c’mon…if you don’t know Subcool, you really don’t know weed, man. Sub’s not only a published author and frequent contributor to High Times magazine–among others, he’s a breeder, a farmer, a cowboy hat-wearer, owner of TGA Seeds and winner of the 1st High Times Medical Cannabis Cup in the US...well…that one was a bit of a clusterfuck, but whatever, since these Cannabis Contests are all starting to go that way. Oh and surprisingly…Subcool has a disdain for the taste of KUSH!? Anyhow…

SUBCOOL—I swore to myself that I would never go back to the cup after losing when we entered Jack the Ripper. I was positive that my entry was so good that it would over power the machines that are the Dutch coffee shops, I was wrong and I got a bad taste in my mouth. I have mellowed since then and running a business of my own I understand how hard it can be to run and event like the cup. I have gained respect also for the history High Times has provided us and become friends with many of those behind the scenes. When The Attitude asked us to represent them at the Cup and do a book signing that promise of never returning dissolved. Amsterdam has many memories for me both good and bad. My best friend died there while I was living and working for Gypsy Nirvana and the memory of that event can bring me down when I am in the red-light where Danny died. The city also has this weird pull on me and even though I can’t stand walking in the freezing wet and cold the day I leave to come home I am always melancholy and sad the as I walk around the city for the last time before heading out for the plane back home. We fly into Amsterdam on a direct flight from our medical state and the same on the return and I can pass on a tip this was a much better experience than landing in the mid west upon returning during cup week. We stayed on the Liedsplien a somewhat touristy area but more upscale than the red light where we normally stay. It was only a short ride to dam square and the old church that marks the red lights area and we prefer the better restaurants away from the red light.  Jill and I enjoy the city it has a killer energy that goes on all night and you see some crazy things in the red light. The only problem walking around for us was we don’t drink or do any type of drugs other than cannabis and it was freezing cold so I recommend to enjoy the sites best go in the spring if you ever decide to visit. 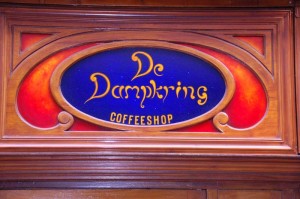 Once we checked in I took the tram to the Dampkring and purchased some of their best water hash that the Dutch call “isolator”. At 60 Euro dollars a gram that works out to about 90 USD for something I make at home for free. It was pretty close to full melt though and the quality surprised me. I walked to a few other places and made small purchases and looked over the weed and saw a few hash samples I picked up from the Bush Doctor and the Rokerij. Most of the weed for sale at the shops had been scuffed meaning vibrated to remove the trichomes to make hash out of. It’s a competitive industry there and I can’t imagine how hard it is to make it there but this practice just appalls me and other medical growers that I spoke with. Not all shops do it but based on my small tour only the prime shops like Barney’s and Grey Area do not. Both samples I saw from these shops were excellent and covered in resin. We headed over to the expo which was held at The Power Zone on Monday and the Attitude/TGA booth was amazing and as soon as we walked up the owner gave me a huge hug and introduced me to his crew. I did the same and we went right to work with my TGA team mates pitching in to unload the thousands of t-shirts that Attitude brought to give away. MzJill and I helped set up a book stand that Attitude had found that was really snazzy and looked all space age. Within moments people were asking questions and people from all over the world were telling me that they followed my writings in High Times and many had read my book. One thing that was quickly apparent was this cup was frequented by many more Europeans than Americans. While we met our share of friends from the US we met many more from places like Norway, Italy, Sweden, France, Germany and even Africa.

The Attitude booth was slamming all day and everyone that walked up got a t-shirt and a really cool 4×6 tin with a lighter and a few buttons inside. I liked them so much I brought two home and used one to carry around my hash in so that I didn’t stink up my cloths and so I could keep it organized and not lose it. The shirts are also really nice and I am wearing one as I write this story so I’d like to congratulate Attitude Seeds for taking third place in Best Booth. The hall started closing down so we left around 7 and headed back to the city and visited a few coffee shops and enjoyed the sites of the city until early in the morning. It’s hard to even think about sleeping for me the first few days in the city.

The second day and the third were both equally busy but a bit more so on Wednesday when we were pretty much besieged by fans all day long. One fan from Italy told me that our Jack the Ripper strain changed the baseline for weed in his village. He said in a heavy Italian accent that people would say when buying just decent weed “It’s Not Jack the Ripper”. Later that day another follower from Turin Italy told me that Jack the Ripper was the best weed in Turin. These events are very emotional for me and I have a hard time keeping it in some time. You have to understand that all I ever wanted was to provide better natural medication to people all over. Both of these guys were super emotional shaking my hand multiple times and it just is kind of some corny dream come true story. MzJill was super helpful standing out front on the Attitude booth band explaining to people who we were and what we did. We sold several books just based on the pictures to people that didn’t speak English but made hand gestures and for a signed copy. MzJill helped by getting their names correct and after I signed my chicken scratch signature she added a nice Cannabis cup 2010 graphics and her much nicer signature as well.

The cup was a nice success IMO and High Times did a nice job of putting it together in the Power Zone. It was heated and had two full bars and there was plenty of room and even transportation to and from the event. I’d like to thank everyone especially Natasha Lewin for helping our crew with all the proper passes while being super nice anytime I asked for anything.

Thursday morning I took a tram to Barney’s while MzJill was getting ready to check out their place. I like Derry very much and he has always been super nice to me long before anyone knew who “Subcool” was. One year when I was trapped at the expo working a booth by myself he was gracious enough to pass me some of his personal hash. Barney’s new place is very nice and I was greeted and moved down to a special area where I was given a sample of their imported Caramella Cream as well as their Isolator hash Tangerine Nectar. There bud entry was called Tangerine Dream, a G-13 hybrid with a mild orange taste. Based on my experience I was sure they would win the cup. I didn’t receive close to the same type of welcome at Green House when we visited. The weed was better than most anything else we tasted and the Nectar was pretty potent with a nice taste but both left a great deal of smoldering residue on the screen. The Cream burned kind of poorly as well but the first hit was really nice. 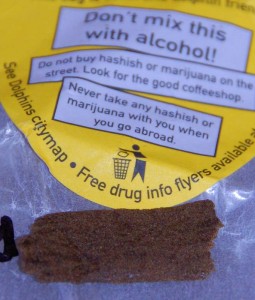 I wasn’t surprised when they took several cups and if I would have been allowed to vote I would have voted for their weed for sure. Danny Danko told me he liked the Sleeze from the noon but by the time we visited on Friday all they had for sale was shake. I can’t say enough for the Attitude crew and I feel we have new friends and I had a good time this year. We decided not to enter and to be honest without that stress it was much more enjoyable for me.

The Dutch are making waves to close down the cannabis tourist trade there but we saw no sign of it there. I had heard that the smart shops had been closed but my old favorites were still open, selling the same magic truffles I have enjoyed for years. I hope the cup goes on forever even with the scuffed weed it’s a hell of a week and for people all over the world it is a place to enjoy 100% freedom when it comes to cannabis consumption but I hope that High Times also focuses on the one back home in the sunshine in California…I know TGA will. 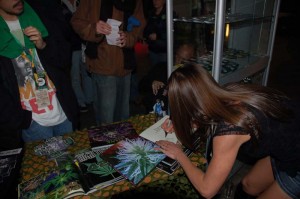 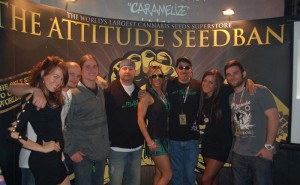