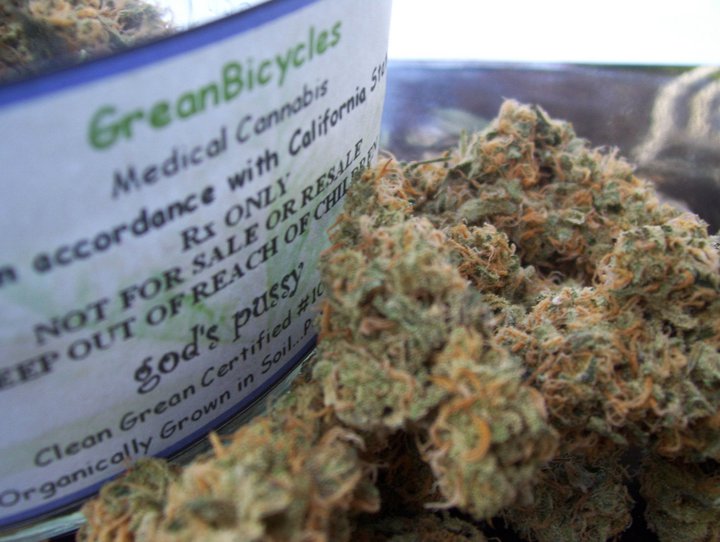 Name: God’s Pussy aka Vortex from TGA SubCool seeds
Score: 11/10
From: GreanBicycles
Type: 80% Sativa, 20% Indica, 100% Divine
Genetics: Hybrid-Genius X P75 X Romulan X Cindy99
Price: $FREE (if you’re Stuff Stoners Like)
Appearance: Dude, we always thought God looked like George Burns. Until, we realized he had a vagina. Wait…what were we talking about? Oh ya? Weed. Take one look at this beautiful herb and the first thing you notice are all those glowing reddish/orange hairs. Just one look at it and it’s fairly easy to conclude that God’s Pussy is a firecrotch…see all those beautiful, glowing red hairs? There you have it ladies and gentiles…so not only is god a woman, she looks nothing like George Burns, has bright red hair…and probably looks a lot like Lindsay Lohan, who usually looks sorta pale green and is covered in lots of tiny li’l orangey red hairs…in some places…like her arms. 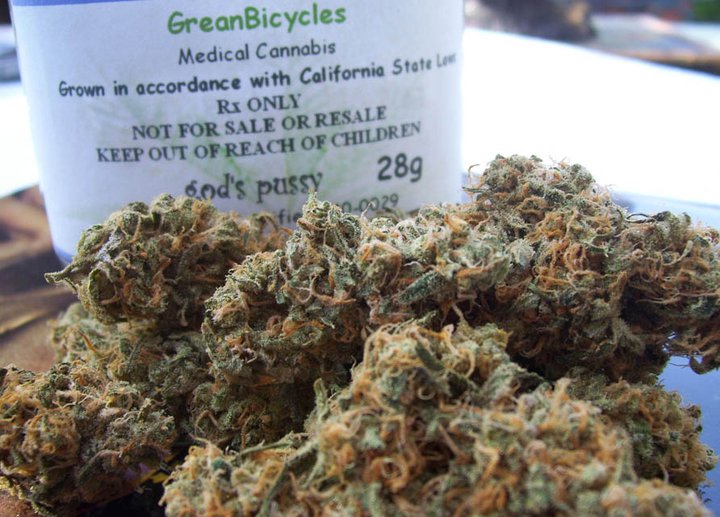 Flavor: SubCool, the creator of Vortex, says it tastes like sweetened lemonade. He’s also mentioned it was sweet and sour and tasted like Sour Patch candy! Which is really funny because we smoked God’s Pussy while eating Sour Patch Kids…and we started dreaming of life-sized Sour Patch Kids and how awesome it would be to spend a day getting stoned and eating up three-foot tall Sour Patch Kids that could talk?

Buzz Length: One hit and we were instantly high…and confused. According to notable sex therapists and marriage counselors, plus a few strippers we know…the buzz from smoking weed makes sex more pleasurable. So just imagine what smoking God’s Pussy will do to ya, dude? Fuck Spanish Fly, right? 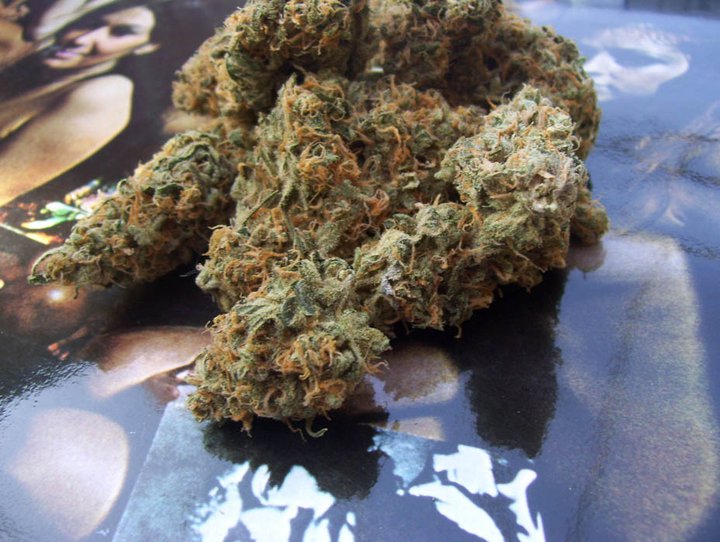 Medical Uses: We heard this is Charlie Sheen’s medicine of choice since it’s a wonderful all-natural alternative to Viagra. In fact…that horny-ass Enzyte Smiling Bob dude is a huge fan of God’s Pussy. Ever notice how you still see that dude grinning and shit all the time on TV even though it was proven that Enzyte was a scam? It’s because he smokes God’s Pussy all the time, man. Wha? Didn’t you hear that Steven Warshak, Enzyte’s founder and CEO was found guilty of 93 counts of conspiracy, fraud and money laundering, was sentenced to 25 years in prison and ordered to pay $93,000 in fines a few years back. Yeah, dude, his company, Berkeley Premium Nutraceuticals was ordered to forfeit $500 million. And, the dude’s 75-year-old mom, Harriet Warshak, was even sentenced to two years in prison! Crazy, right?

So here’s the low down on God’s Pussy…Last year in June, High Times mag held their first ever Medical Cannabis Cup in San Francisco. A trillion people showed up, it was a fuckin’ mob-scene…everyone was stoned and one of the cup winners was God’s Pussy. So that’s gotta tell ya something about how killer this shit is, right? It won the fuckin’ cup, man…the fuckin’ Cannabis Cup. Next to winning the Stanley Cup…that’s the shit, eh. 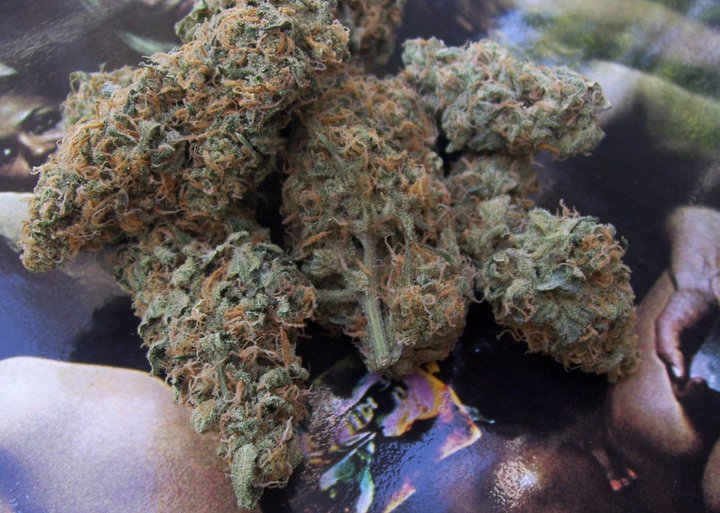 Anyhow, the guy who won the prize was a grower from Nor Cal who owns GreanBicycles dispensary, named Jack Grean. He said the winning sample was from a certain phenotype he grew out of a pack of Vortex seeds. Those particular seeds are sold by our pal SubCool who also entered in the contest his own version of the strain. Within a few hours of the event ending some controversy began to brew over the name and the lack of props given to SubCool and his Vortex…blah blah blah…read up on it here. Anyhow, we covered the story…chatted with High Times, SubCool and Jack Grean…etc. and, as a way of saying thanks for the cool coverage, Jack kicked down this sample.

Anyhow, this is some of the best weed we’ve ever smoked. Seriously. In fact, we liked this weed so much…we smoked almost all of it…the day we got it…then we set our alarm clock for 4:20 am…just so we could get up in the middle of the night and smoke the rest. 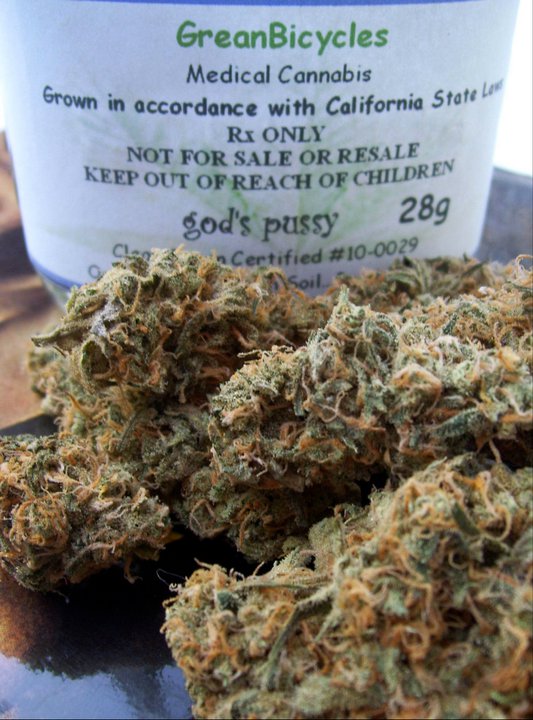