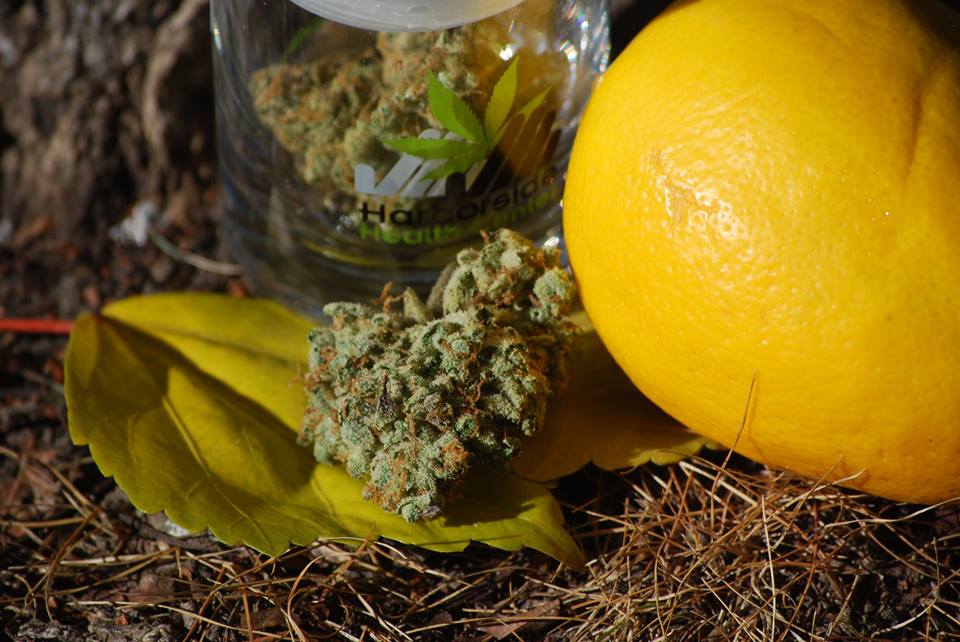 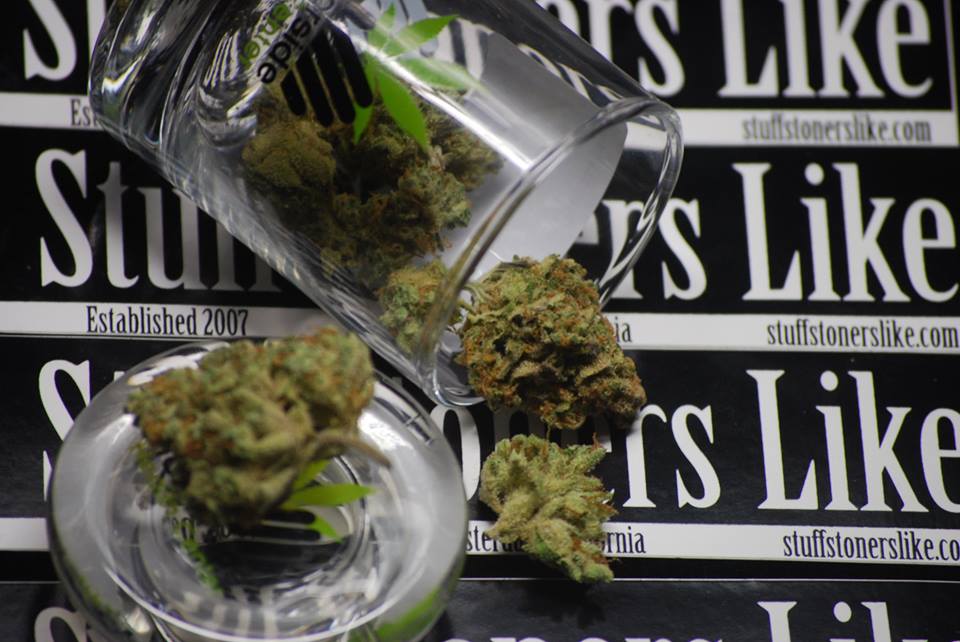 Lineage: Super Lemon Larry OG is from “Elite Genetics”and as far as I can tell it’s history began when two female and male plants were selected from the original F1 line. Alpine Seeds crossed their best male with their best female to produce an f2 generation. Seeds from this first Inbred generation were sent to private testers. Among them was an Austrian grower who selected the f2 line and crossed each strain again with an OG.Kush-LemonLarry F3 generation. He tested this F3 generation and selected the best Lemon Larry phenos and crossed them again to inbreed them. The F4 seeds were sent back to Alpine Seeds. From this fourth generation Alpine Seeds selected again from a large number of plants and crossed the best two male and female to produce an F5 Inbreed line. From this F5 a strong male was selected and crossed with the first OG.Kush-Lemon Larry from the selected “elite Genetics” batch (P1). The “Lemon Larry OG Kush-IBL (Inbred line)” is the result from this backcross.
Looks: Light florescent green buds with lengthy electrifying oranges and captivating clusters of crystals throughout! The moment I popped open the glass lid from the Harborside Health Center jar, Super Lemon Larry looked rocking right off bat! All good and all that! 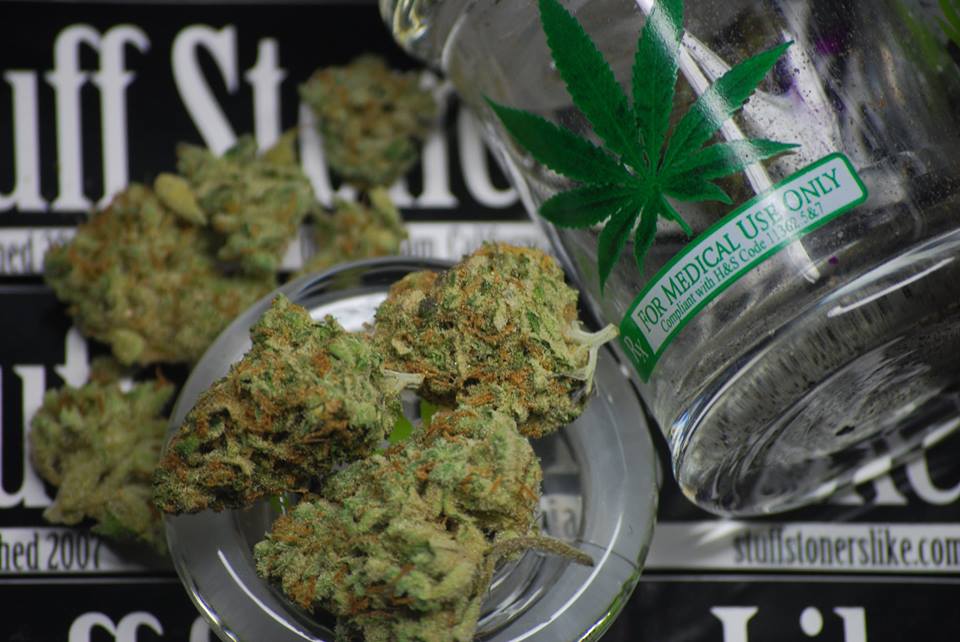 Scent: A very nice light sweet citrus scent with a slightly sour lemony like fragrance that you might find in a pine meadow filled with song birds singing about good times. Ha! Yeah! This stuff really does smell hella good!
Taste: Rolled it and what a delight it was! Considering its genetics and potency, one may think it may be harsh to a degree but it burned with a relatively smooth citrus and pine like comparisons respectively inherited from its predecessors to deliver a strong but pleasant taste. Bonged it and it was understandably more pungent but packed a wallop and was well on my way to feeling very well again…
High: Super Lemon Larry didn’t fuck around. I found the high to be a nice balance of Indica and sativa. I found that it worked much like a 50/50 hybrid despite its sativa dominant label yet originally known to be an Indica dominant strain. I was comfortably medicated without being too bogged down from its relaxing Kush aspects and was able to carry out my day in a creative coherent and focused fashion while remaining upbeat, content and overall stress free! Definitely some good bud! 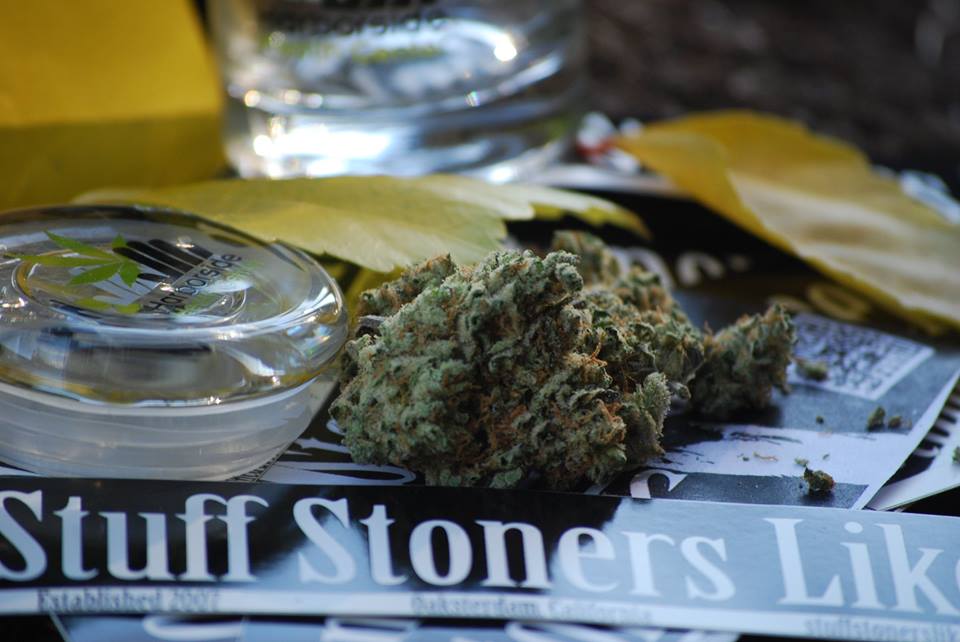 Buzz Length: With just a few bong hits, these fantastic flowers provided a great high for a solid 90 min! When I rolled it, I burned half the joint and put it out. I was good to go for a good two hours. Stony stuff for sure!
Medicinal Applications: Insomnia, fatigue, eating disorders, appetite, migraines, muscle spasms, joint discomfort (are what) Super Lemon Larry can help relieve. Other conditions include depression, anxiety, PTSD, hypertension, epilepsy, HIV/AIDS and cancer.
Overall: This sensational sample of Super Lemon Larry was from the Harborside Health Center in Oakland Saturday, January 24. Being that it was my first review of the New Year and having yet to stop in, the beauty of the dispensary, with all its amazing high-grade strains, was looking as sharp as ever after a beautifully decorated show room floor for the holidays. Every visit is truly an enlightening experience. Engaging from the moment you enter, to the time you leave, you are welcomed very politely by some of the friendliest folks in the business. Located near a happening harbor filled with beautiful sailboats, the surroundings are breathtaking and an absolutely awesome area to pick up magnificent medication! With scenery as super as this, picking up some Super Lemon Larry left this stoner liking some kick ass stuff!