The United States Supreme Court just granted the police the ability to bust into someone’s home without a warrant if they smell weed and suspect evidence is being destroyed. Monday’s civil-rights-eroding action stems from the Supreme Court Kentucky v. King decision, which all started back in ’05 when Kentucky police chased a drug suspect into an apartment building and lost him. They had a choice of two apartments into which the suspect could have entered and, of course, picked the one that smelled like weed.

They knocked loudly, announced “Police, police, police” and then kicked down the door when they claimed to have heard someone destroying evidence. But they got it wrong, inside they didn’t find their suspect, rather a guy named Hollis King and his friends sitting around smoking a joint.

Ultimately, police got lucky and nabbed both the original suspect, who was in the other apartment–he was arrested but never convicted, and they also got King. But King’s arrest had nothing to do with the probable cause regarding their original suspect. Police simply guessed, got it wrong, and just so happen to stumble upon some poor guy and his friends getting stoned. And, subsequently, King was later sentenced to 11 years in prison for drug trafficking.

So King claimed the Police’s forced entry was unlawful and also violated his 4th Amendment rights, you know, the right against unreasonable searches. Well, because, generally the Constitution requires that before busting down someone’s door, police need to obtain permission from those inside or they need to get themselves a search warrant from a judge. The court, however, has recognized exceptions in what they call “exigent” circumstances. Exigent circumstances are like when someone’s life is in danger, or when cops think someone’s trying to slip through the back door or when they think evidence might be getting’ destroyed…which is of course what the Lexington police claimed in this case.

Anyhow, the Kentucky Supreme Court eventually overturned King’s conviction claiming that officers had entered the apartment illegally and, as a result, the evidence they gather during their illegal search should have never been considered. The Kentucky Supreme Court claimed that “any risk of drugs being destroyed was the result of the decision by the police to knock and announce themselves rather than obtain a warrant.”

Monday the Supreme Court overturned this decision by an  8-1 vote to allow such searches. They also determined that an emergency search was justified to prevent destruction of evidence, even though police created the risk of such destruction by creating the exigent circumstance. Justice Samuel A. Alito Jr. wrote about this new way to circumvent the warrant requirement by explaining, “the police did not create the exigency by engaging or threatening to engage in conduct that violates the Fourth Amendment, warrantless entry to prevent the destruction of evidence is reasonable and thus allowed.” He said that King could have refused to open the door or speak to the officers and went on to stick it to him a bit more by saying, “occupants who choose not to stand on their constitutional rights but instead elect to attempt to destroy evidence have only themselves to blame for the warrantless exigent-circumstances search that may ensue,” he said. 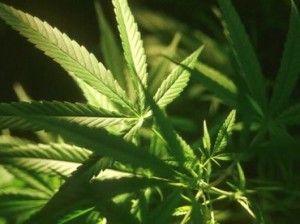 Judge Ruth Ginsburg who cast the only dissenting vote had this to say; “The court today arms the police with a way routinely to dishonor the Fourth Amendment’s warrant requirement in drug cases.”

Lower courts have argued that under the Fourth Amendment, exigent circumstances do not justify a warrantless search when the exigency is “created” or “manufactured” by the conduct of the police. She said “In lieu of presenting their evidence to a neutral magistrate, police officers may now knock, listen, then break the door down.” She also forewarned; “the right of officers to thrust themselves into a home is…a grave concern.”

So what constitutes an exigent circumstance anyhow? And, what does destruction of evidence sound like exactly? Doesn’t someone flushing a toilet full of shit sound the same as someone flushing a toilet full of contraband? Doesn’t someone jumping up to destroy evidence sound the same as someone jumping up to answer the door before police kick it down? So now what’s to stop police from “smelling” weed and “hearing” evidence being destroyed any time they need to make some busts? Nothing, really, except your knowledge of the law.

So as the Supreme Court continues to strip away the scope of our 4th Amendment rights, understanding how to handle these crucial situations becomes tantamount. Police bang on doors all the time without warrants. So the lesson here is to know your rights…or what’s left of ‘em. When police come knocking, you don’t have to answer the door, you don’t even have to speak with the police if they don’t have a warrant. And, if they have one…they’ll definitely let you know. So keep in mind the police CAN NOT enter your home WITHOUT your permission! So don’t let ‘em in! Step outside if you feel the need to speak with ‘em. And, if they do have a warrant…your best bet is to remain silent, avoid their verbal and physical abuse and get yourself an attorney quick! Know your RIGHTS, so shit like this doesn’t happen to you.