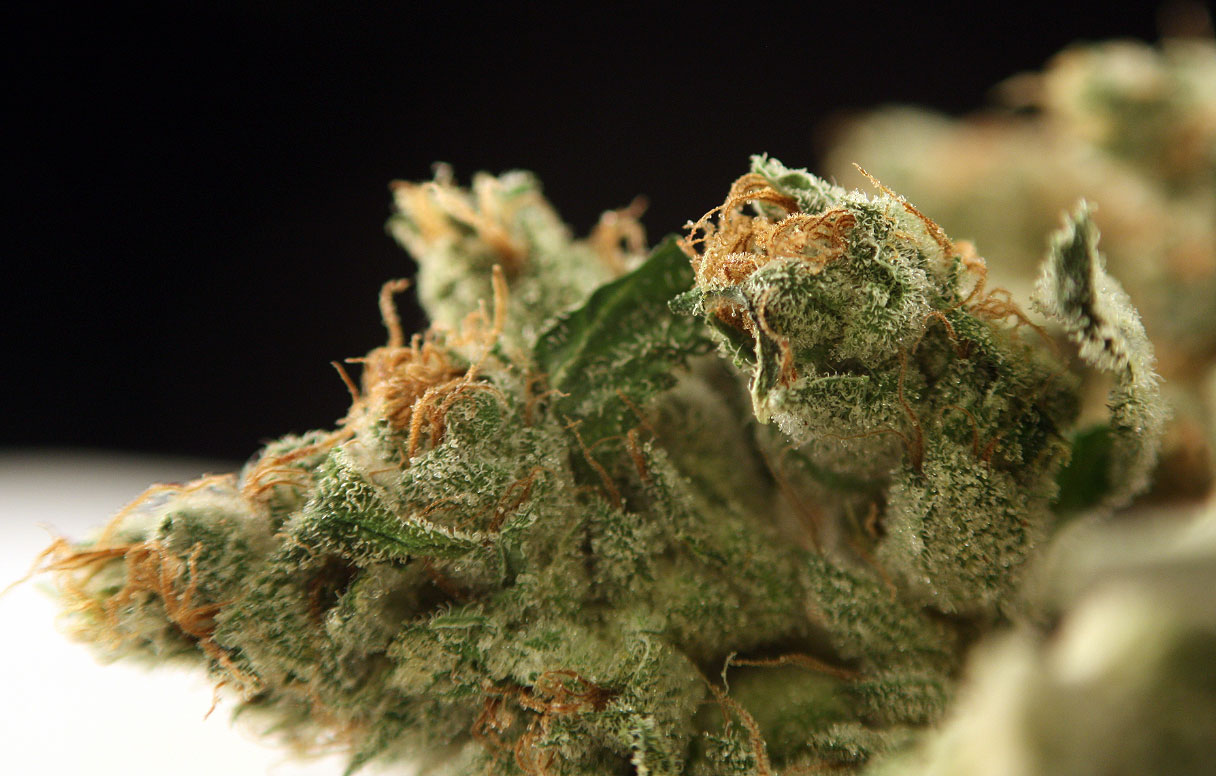 Terpenes What are They?

Terpenes are not only stuff stoners like they’re proof that when it comes to gauging weed strains the nose knows. But if THC, weed’s primary phycohactive constituent, doesn’t have an odor, how did old school stoners discern good weed from schwag? It all comes down to the terpene, dude. The better the blast of terpenes, the better the bud.

Terpenoids or terpenes provide a pot strain’s particular aroma and flavor. They’re produced in the pot plant’s trichomes, right alongside cannabinoids like THC, CBD and CBG. In fact more than two hundred different terpenoids have been identified in cannabis. And according to physician and researcher Dr. Ethan Russo, terpenes not only smell strongest in herbs of the highest potency, they also play an important role in what he calls marijuana’s “entourage effect.” Russo’s 2011 British Journal of Pharmacology paper called “phytocannabinoid terpenoid entourage effects,” explains the phenomenon. It basically details the way compounds wholly unique to the cannabis plant work best in presence of various terpenes—found in marijuana and a wide variety of other plants.

Did you know that terpenes have been found to possess medicinal benefits of their own? These non-psychoactive compounds can be used to safely treat an array of medical conditions and used as an antiseptic, expectorant and for soothing of mild skin irritations. Some terpenes help with pain relief and arthritis as well as contribute to headache, toothache and menstrual pain relief. Because of terpenes wide array of medicinal benefits there are overlapping synergies between them. This fact is well known to herbalists, who take advantage of these synergies to greatly increase the effectiveness of their treatments. An example of overlapping synergies? The combination of [Beta]-Myrcene with D9-THC for pain with THCA for inflammation, with CBD and Linalool as an antipsychotic, and with THC, THCA, and CBD in the treatment of muscle spasms.

One thing’s for certain weed that delivers a more powerful terpene blast than others is a sure sign that it’s been expertly grown and harvested at or near the strain’s peak potency. Anyhow here’s a list of the top terpenes in cannabis that you need to know…

Flavor / Aroma – Citrus. It’s found in lemons, of course.
Medicinal Uses – Limonene can be used to help promote weight loss, prevent and treat cancer, and treat bronchitis. It can also be used to make ointments and medicinal creams that penetrate the skin better.
Strain – Perhaps you know Super Lemon Haze gets it’s name partially from the aroma, but did you know the smell is present because it contain’s Limonene? OG Kush also contains a lot of Limonene.

Flavor / Aroma – Earthy and musky with a hint of fruity flavors. Mycrene is found heavily in hops.
Medicinal Uses –  Myrcene has been shown to be an effective anti inflammatory. It also works as a sedative and muscle relaxer. This could possible contribute to the tired/stoney feeling often attributed to indicas.
Strain – Purple Kush contains high levels of myrcene. Super Silver Haze also contains a ton of myrcene.

Flavor / Aroma – Floral with a hint of spice. In addition to cannabis, linalool can be found in an array of flowers like lavendar. Linalool is also common in mint, cinnamon and even some fungi.
Medicinal Uses – Can be used as an anti inflammatory. It also helps to modulate motor movements. Linalool also eases anxiety and counters insomnia. It’s also a strong anticonvulsant with an antidepressant effect.
Strain – A lab tested sample of Amnesia Haze showed slightly over 1% Linalool.

Flavor / Aroma – Floral. Alpha bisabolol is also found in chamomile.
Medicinal Uses – Can be used to heal wounds, fights bacteria, and can be used a deodorizer. Research suggests alpha bisabolol has been effective in treating a variety of inflammations.
Strain – The Werc Shop analyzed a strain called ‘Oracle’ and found high levels of alpha bisabolol.

Flavor / Aroma – Piney / earthy.
Medicinal Uses – Studies have found Delta 3 Carene to be an effective anti inflammatory. It is also known to dry fluids like tears, running noses, and menstrual flows.
Strain – A research study examined 162 marijuana plants, which represented over 80 strains. They detected carene in many of the samples.

Flavor / Aroma – Pine. This is, of course, partially where pine trees get their scent from.
Medicinal Uses – Pinene has been shown to have anti inflammatory properties. It’s also a proven brochchodilator. It also boats aantivacterial and antiboiotic properties
Strain – Blue Dream and Sour Diesel are two pot strains that contain these two terpenes

Flavor / Aroma – Spicy. Eucalyptol is used as a cooking spice and fragrance.
Medicinal Uses – Eucalyptol is used in a variety of products including cough suppressants, mouthwash, and body powder.
Strain – Some cannabis strains contain eucalyptol, however, it is typically in very small amounts. An analysis of super silver haze showed .06% eucalyptol.