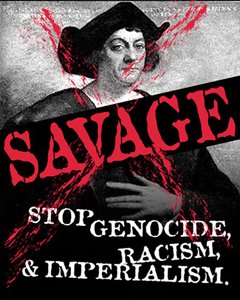 When Columbus failed at his quest to find a trade route to Asia he landed in America where he spread “the word of GOD” through rape, pillage, murder, enslavement, and unspeakable brutality. Within a single generation of Columbus’s landing…an entire group of people and their culture became extinct.

Columbus was not responsible for discovering a land, but for destroying it. 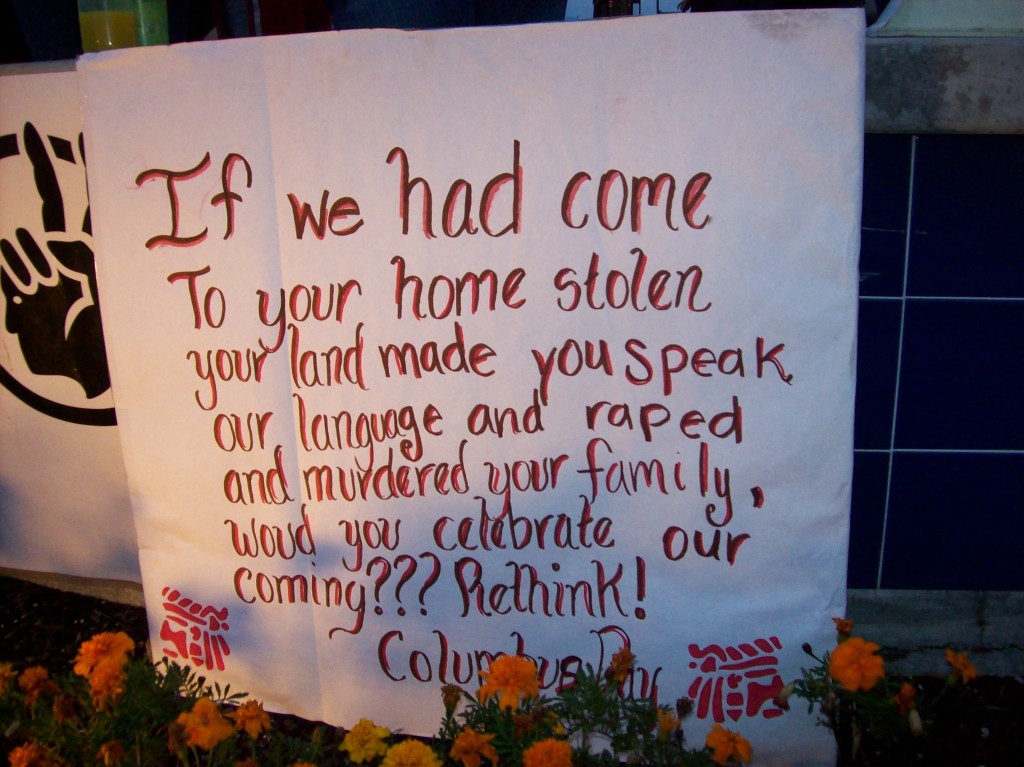