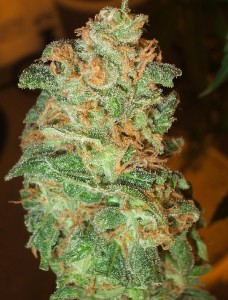 Yesterday a group of both Democrats as well as Republicans introduced into the US Congress, three bills not only looking to improve the lives of medical marijuana patients and the businesses involved in the industry, but one bill that could ULTIMATELY END MARIJUANA PROHIBITION!

Let’s dive in, shall we? The first bill authored by Colorado Congressman, Jared Polis (D), co-sponsored by Texas Congressman, Ron Paul (R), Barney Frank (D-MA) and California Congressman, Pete Stark (D), the Small Business Banking Improvement Act, will level the banking playing-field for all weed businesses allowing them to access the complete array of banking services all other business, like gun stores and liquor stores fully enjoy. In the past, several marijuana dispensaries were reduced to cash only businesses because banks would leave them out to dry and really wanted nothing to do with them, keeping the business of buying and selling weed risky. Well, that shit’s about to change if this law goes through. Just, imagine the momentum if some real money starts to flow into the marijuana industry? And, once that money starts flowing, real laws will start forming.

“I am really happy to see these bills introduced today,” said Aaron Smith, Executive Director of the National Cannabis Industry Association, speaking with The Colorado Independent.  “For the first time, we have members of Congress standing up for this industry. For the first time, we are seeing legislation pushed on behalf of these small business owners.”

The second bill, authored by good ol’ Californian Pete Stark is the Small Business Tax Equity Act. This bill looks to allow all medical marijuana dispensaries the ability to write-off business expense deductions on their federal income tax returns. It’ll also force Uncle Sam to recognize that the buying and selling of Prozac is pretty much the same as buying and selling medical marijuana.

“Our tax code undercuts legal medical marijuana dispensaries by preventing them from taking all the deductions allowed for other small businesses,” said Stark. “While unfair to these small business owners, the tax code also punishes the patients who rely on them for safe and reliable access to medical marijuana prescribed by a doctor. The Small Business Tax Equity Act would correct these shortcomings.” 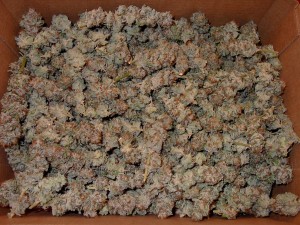 And finally our favorite new piece of legislation was brought forth by stoner-friendly, Barney Frank (D-MA). The States’ Medical Marijuana Patient Protection Act was co-sponsored by Stark, Polis and Congressman Dana Rohrabacher (R-CA). This bill looks to grant immunity to individuals and entities from federal prosecution when acting in compliance with state medical marijuana laws. But most importantly, it’ll force the administration to start the process of rescheduling marijuana under the Controlled Substances Act. As you probably already know, marijuana is currently a Schedule I Controlled Substance, meaning that <sarcasm> just like heroin</sarcasm> it has a high potential for abuse, has no accepted medical use and there is a lack of accepted safety for using marijuana under medical supervision. We all know this is total bullshit and as a result, a ton of controversy exists about weed’s incorrect placement in Schedule I…so this could be the piece of legislation that changes everything and may lead to the eventual demise of marijuana prohibition!

“It is time to get the federal government out of state criminal matters, so states can determine sensible drug policy for themselves,” says Paul. “It is quite obvious the federal war on drugs is a disaster. Respect for states’ rights means that different policies can be tried in different states and we can see which are the most successful. This legislation is a step in the right direction as it removes a major federal road block impeding businesses that states have determined should be allowed within their borders.”