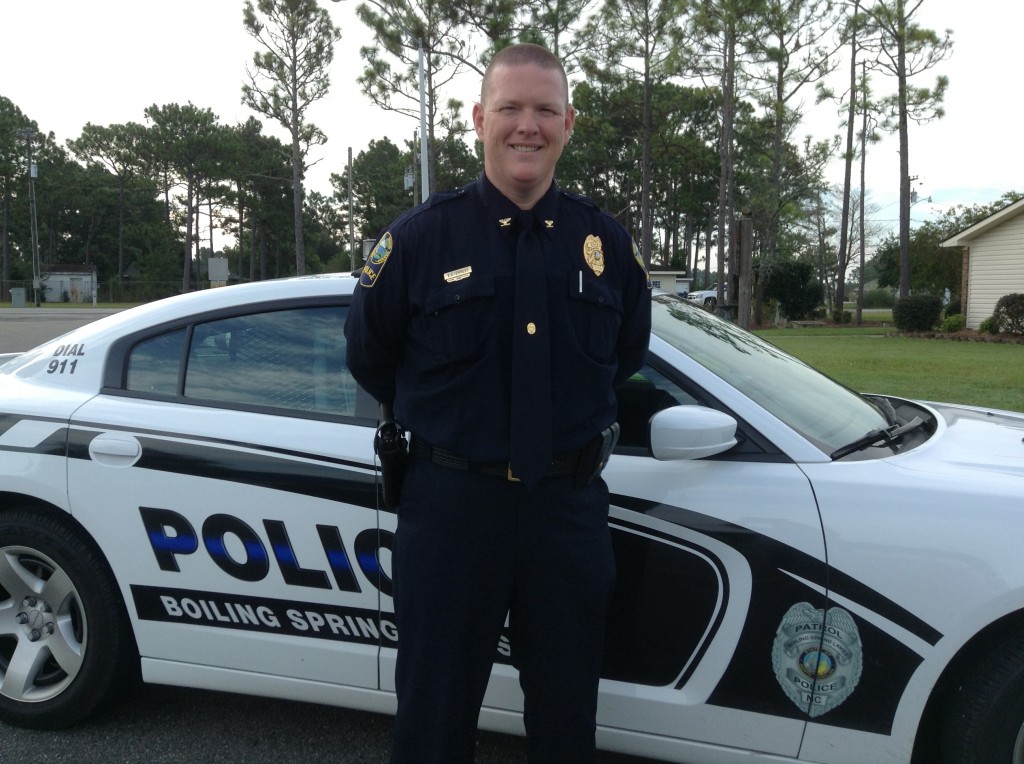 When the police questioning begins “suspects” should stop talking, says Matt Agorist over at the Free Thought Project. But for some reason, he says, many people think they can talk to the police and convince them not to make an arrest. But ask any police officer if a suspect’s speech ever changed their mind and they’ll say, no. They’ll tell you that in their experience, no one has ever talked themselves out of an arrest. Talking to the police cannot help. It won’t prevent you from getting arrested. In fact it can only hurt.

To drive this point into your thick skull, Agorist and the Free Thought Project put together this awesomely accurate top ten reasons why you should not ever talk to the police when you have been detained as a suspect.

REASON #1: Talking to the police CANNOT help you.
If the police are talking to you, it’s because they suspect you have committed a crime. If they have detained you, it’s because they already have enough evidence to arrest you and they want to see if you will admit it and giving them an even stronger case against you. If you deny that you committed the crime, they will not believe you and assume you’re just doing what every criminal does. If they have evidence to arrest you for a crime, they will. If they don’t, they won’t—it’s as simple as that. Talking to them or not talking doesn’t matter because no one has ever “talked their way out of” an arrest.

REASON #2: Even if you’re guilty, and you want to confess you still shouldn’t talk to the police.
There is plenty of time to confess and admit guilt at a later stage of the proceedings. What’s the rush? Get a lawyer first. Let the lawyer set up a deal whereby you get something in exchange for accepting responsibility for the offense. A better plea bargain, or maybe even immunity. If you confess to the police, you get nothing in return. In fact, you probably get a harsher prosecution because the state’s case is airtight, now that you have confessed.

REASON #3: Even if you are innocent, it’s easy to tell some little white lie in the course of a statement.
A little white lie could be used to destroy all your credibility at trial.This kind of thing happens all the time. A person who is completely innocent and who is trying to vehemently assert their innocence will go overboard and take it a little bit too far and deny some insignificant fact, tell some little white lie, because they want to sound as innocent as possible. But if the police have evidence of that lie, it makes your entire statement look like a lie. The prosecutor will ask: “Why did he lie to the police, unless he were guilty?”

An example would be a man who is questioned about a murder. He wants to sound innocent. He wants to sound non-violent. He is, in fact, innocent. So he denies everything. He denies the killing. He denies being in the area where the killing occurred on the night that it occurred. He denies owning a gun, and denies that he has ever owned a gun in his whole life. But it turns out that this last statement is not true, And the police can prove it. He did at one time own a gun. Now he has told a lie and the police have caught him and things will only go downhill from there. Although he is innocent of the murder, he has told a lie that will be used to destroy his credibility at trial and could be the cause of his conviction. REASON #4: Even if you are innocent, and you only tell the truth, and you don’t tell any lies, it’s possible to give the police some detail of information that can be used to convict you.
For example, a suspect is being questioned about a murder. He is truly innocent of the murder. But in the course of explaining his innocence, he makes the statement that he never liked the victim, because the victim was not a nice guy. A statement like that could be used to prove motive.

Or in the course of the statement, the suspect might admit that he was in the area of town where the murder was committed at the time it was committed. Although he’s innocent and although this statement is true, the prosecutor could use that statement to suggest that the suspect had the opportunity to commit the crime, which looks very bad in front of a jury.

REASON #5: Even if you were innocent, and you only tell the truth, and you don’t tell any lies, and you don’t give the police any information that can be used against you to prove motive or opportunity, you still should not talk to the police because the possibility that the police might not recall your statement with 100% accuracy.

What if the police officer remembers something wrong? What if he remembers you said “X” when actually you said “Y”? If the police officer takes the witness stand and contradicts your statements at trial, it will kill your credibility. You can take the witness stand and say “I never said that!” But it’s your word versus a police officer. Who’s the jury going to believe? Who will the jury assume is lying to save his own skin? Who will the jury believe is lying because he’s really guilty? You guessed it. YOU!

REASON #6: Even if you’re innocent, and you only tell the truth, and your entire statement is videotaped so that the police don’t have to rely on their memory, an innocent person can still make some innocent assumption about a fact or state some detail about the case they overheard on the way to the police station, and the police will assume that they only way the suspect could have known that fact or that detail was if he was, in fact, guilty.

Example: Suppose a police officer is questioning A suspect about a homicide. And the suspect makes the statement “I don’t know who killed the victim. I’ve never owned a gun in my life. I don’t even like guns.” On it’s face, there’s nothing incriminating about that statement. But suppose at trial, the prosecutor asks the police officer if anything about that statement surprised him. The police officer answers “Yes, it surprised me when the suspect mentioned a gun, because I had never mentioned a gun before that. I merely told him that I was investigating a homicide.”

When the officer said there has been a homicide, the suspect may have simply assumed that the killing was done with a gun. Or the suspect may have overheard in the police station some other officer talk about the fact that it was a shooting. But if the officer taking the statement had never mentioned a gun or a shooting, and the suspect makes the statement that he had never owned a gun, you give the prosecution the opportunity to create some high drama, suggesting that suspect has had a Freudian slip, and has made a statement about a gun because he is, in fact, the murderer. And as the murderer, he knew that a gun was used. REASON #7: Even if you’re innocent, and you only tell the truth in your statement, and you give the police no information that can be used against you, and the whole statement is videotaped, a suspect’s answers can still be used against him if the police (through no fault of their own) have any evidence that any of the suspect’s statements are false (even if they are really true).

Number One thing to remember: The police do not have authority to make deals, grant immunity, or negotiate plea agreements. The only entity with that authority is the District Attorney in state court and the U.S. Attorney in federal court. Despite their claim that they are trying to help you, the only help police are providing when they take your statement is giving you rope with which to hang yourself. 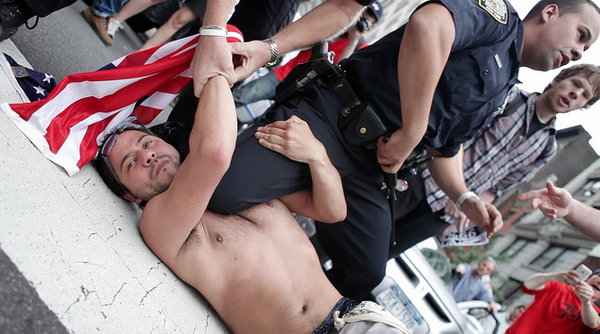 REASON #9: Even if a suspect is guilty, and wants to confess, there may be mitigating factors which justify a lesser charge.
Mitigating factors are rarely brought out by the police in an interview. Normally, police want to focus on the facts that will suggest the suspect has committed the most severe crime possible. In fact, the suspect may have committed a lesser grade of offense. And if given the opportunity to talk to an attorney first, the attorney may be able to explain to the suspect what facts are important in establishing that he is guilty of a lesser grade of an offense, and not a higher grade. A confession presented in this context to the District Attorney’s office might result in a lesser charge and a more appropriate and fair penalty.

REASON #10: Even for a completely honest and innocent person, it is difficult to tell the same story twice in exactly the same way.
If you tell your story one time at trial and you tell the truth and you’re innocent, there’s very little the prosecutor can do by way of cross examination. But if you’ve told your story twice, once at trial, and once previously in a statement to the police, many months apart, the chances are very high that, even if you are telling the truth, some little details in your statement are going to change. A good cross examiner will pick up on these changes and will relentlessly question you about them in an effort to make it look like you are lying.

So for all these reasons, whether you are guilty or innocent, whether you want to confess or want to exonerate yourself, whether you’re poorly educated or the most eloquent speaker in the world, you should NEVER, EVER, under any circumstances, give a statement to the police when you have been detained as a suspect.