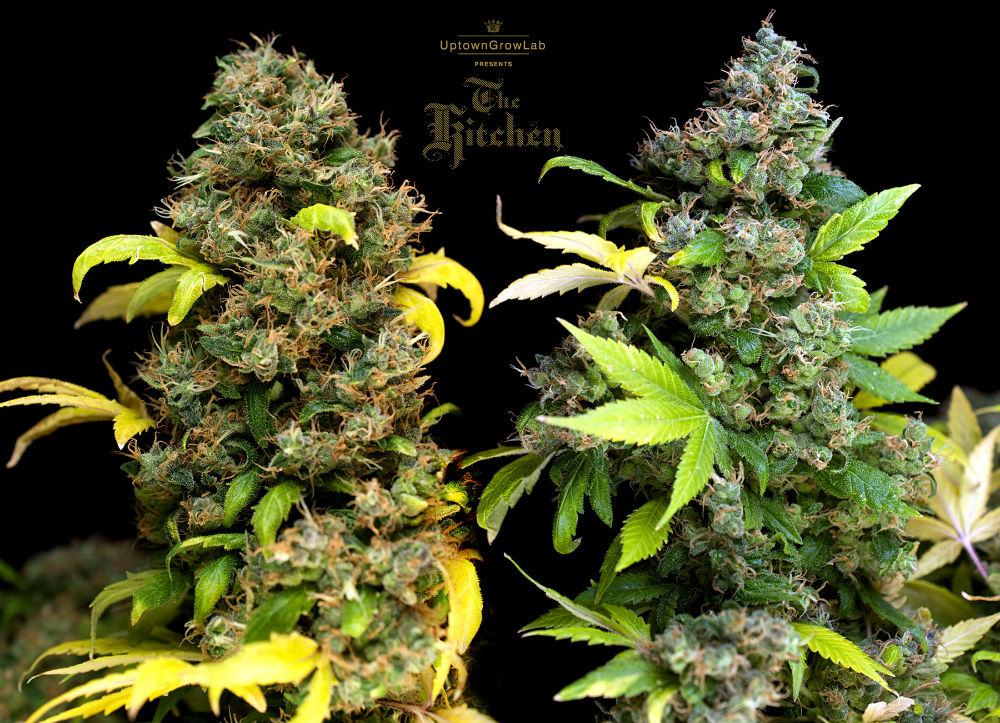 If we were going to read a book, it would definitely be this one. Because The Kitchen presented by Uptowngrowlab is probably the most beautiful weed book we’ve ever encountered. It’s also the biggest. We’re talking hella big—like over-sized, coffee-table-book big. It’s also big on drool-inducing photos, instructions and personality. That’s not all though, the whole thing is a work of art—from the cool graphic design on each page right down to the gold embossing on the front cover. Put this thing on your coffee table and when 4:20 comes you’ll always have eye candy to enjoy. Don’t have a coffee table? Put this big ass thing on a bucket. Now you do.

This book is called The Kitchen but it contains no recipes. Like its authors, Uncle Tweezy and Jay Kitchen, say: The Kitchen is not a cannabis cookbook. All at once it’s a firsthand story of two expert cultivators with a lifelong passion for growing weed. Jay’s a baby boomer who first got stoned while he was a college freshman in 1974. “As soon as I took my first real hit, my curiosities turned into enamor. Not only did I want to smoke this stuff, I wanted to grow it,” he writes.

And he did for many years only taking a short break to focus on marriage and children. His passion for growing only blossomed when he met his partner Tweezy in 2011. “From the moment he started getting his hands dirty,” writes Jay about Tweezy, “it was clear to me that the time and love he devoted to the garden was special and from his heart.” 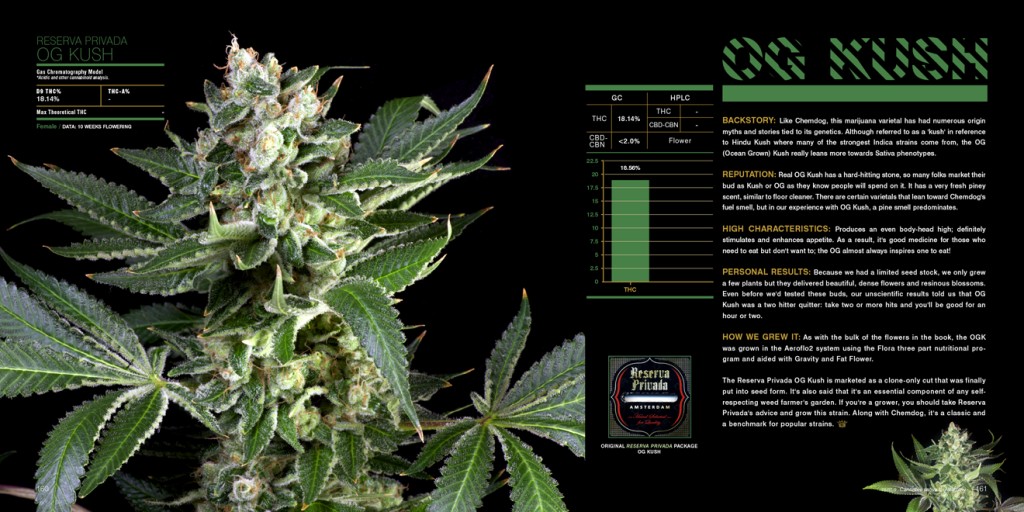 Tweezy, born and raised in NYC has been smoking pot for greater than 25 years. “My unbridled passion to cultivate the best medicine known to man, woman or animal continues to drive me to this day.” He writes about his love for growing the hearb. The one time rapper and huge hip hop fan met Jay while he was managing a couple of hydroponics shops back in the day. “He always came to the shop early, always knew what he wanted, and always paid cash,” Tweezy says about Jay.

Soon the two began working together and this unique coffee table book documenting their explorations was underway. Part grow book, part guide to marijuana culture this dank diary chronicles the history of their many grows that resulted in some of the most exquisitely cultivated and photographed strains we’ve ever seen. 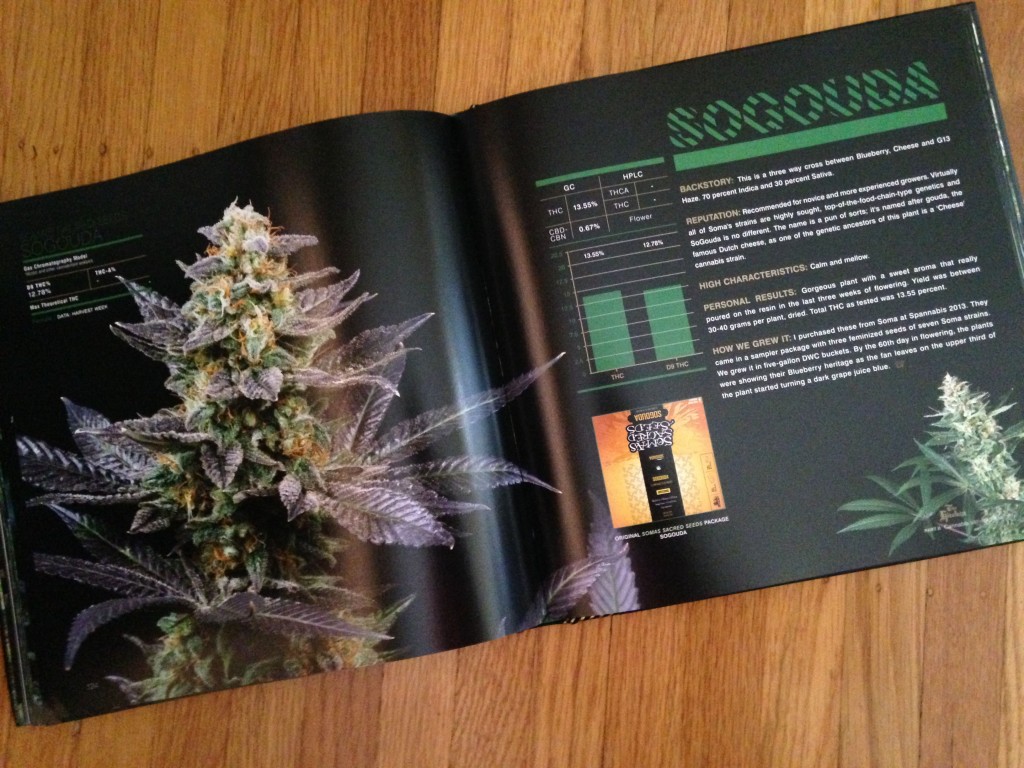 include any technical steps? Absolutely dude—from taking clones, to keeping vegetating plants alive, to curing your weed —there’s plenty of directions. There’s even instructions on rolling joints and blunts. But what makes this book worthwhile is that it’s a story about two friends and their supreme adventures over the years growing weed—and because it’s written as a first person account you feel like you’re coming along for the ride. 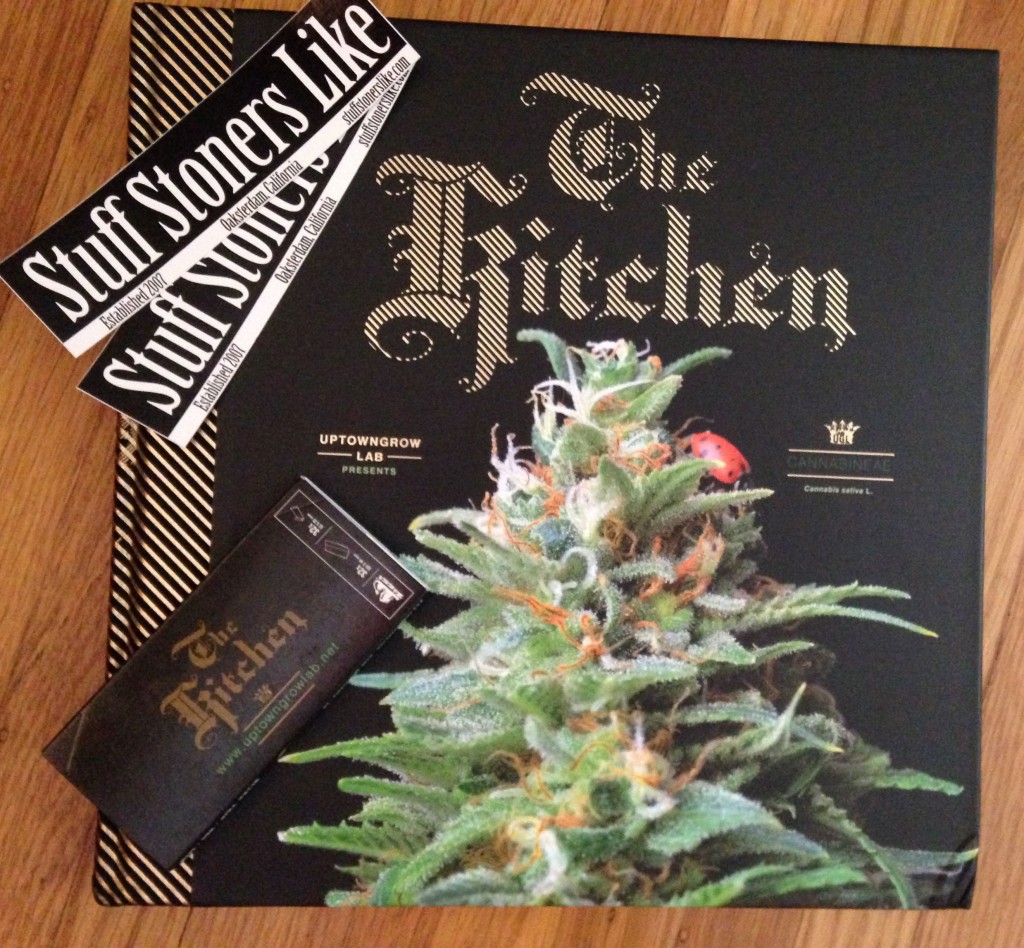 Want to win an autographed copy of The Kitchen?

Follow us on Facebook. Then leave a comment below. Best one wins an autographed copy of UpTownGrowLabs Presents The Kitchen, a pack of UpTownGrowLabs rolling papers and some STUFF STONERS LIKE STICKERS. Contest ends on Halloween @4:20 PDT. If you live within the USA we’ll cover shipping. If you don’t…shipping’s on you, dude.