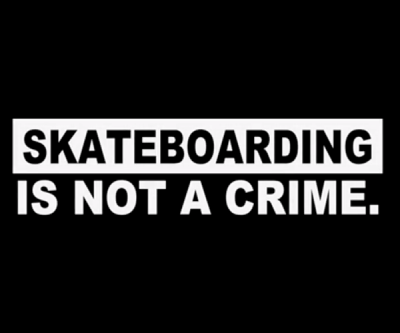 History tells us that both skaters and stoners have been seen as degenerate slackers. It’s probably because they both do what they love and don’t give a fuck. This video is all about that shit—doing what you love and not giving any fucks. Sorry their ain’t no marijuana in it…you’ll just have to supply that for yourself.

The skating in this vid is so fast and so sketch and so sick, that if you don’t love it, you either aren’t properly stoned or you don’t have a fuckin’ soul, man. What the fuck’s wrong with you? So like the song in this vid, by The Sound Providers is pretty killer too. Oh and at 1:14 that dude driving the BMW probably shit, while Liam on the other hand, didn’t seem phased much at all.

Anyhow, here’s the point. THE MAN hated skateboarding once. Now he takes his kids to the X-Games and buys them Tony Hawk underwear from Target. So be careful what you wish for people…because marijuana’s getting pretty fuckin’ popular nowadays and we’ll be pretty disappointed if WalMart starts selling WEED.