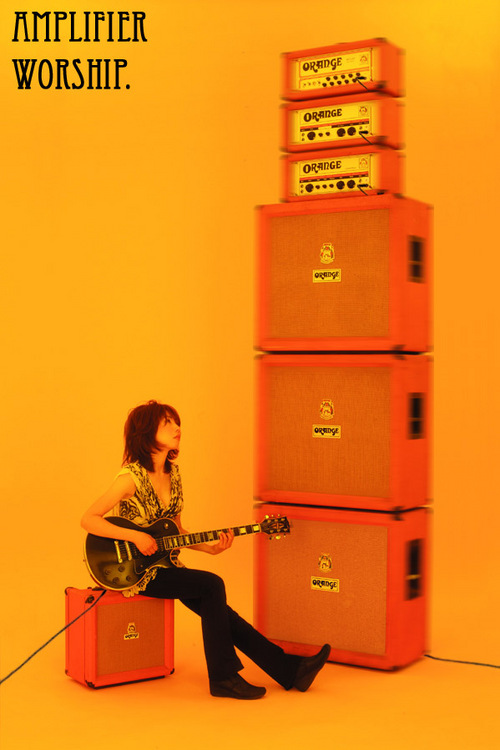 Today’s STONER Video of the Day is BORIS-Statement. According to Guitar World, Boris is “tight, skilled and never delivers a dull moment”. Sure, we could see that. Although most of their shit is a li’l sleepy and quite experimental, this song takes off with a sorta old school Motley Crue geetar riff, a li’l cowbell and then launches into some fiery guitar pyrotechnics performed by lead guitar goddess, Wata. On this song, she kills it.

But, it’s not just that massive stack of Oranges Wata uses to coax that screaming tone and masterfully controlled feedback outta her Les Paul custom. Wata relies on this cool li’l gadget called an E-bow. E-bows are crazy, man. Instead of using a pick or finger for plucking, this thing uses an electromagnetic field to create a sound that’s kinda like that of using a violin bow on a guitar string—or like in Wata’s case, a sound that’s kinda like an amplified dentist drill rippin’ into blocks of ice.

Anyhow, Boris have released 17 studio albums, a ton of EPs, 7″ singles and a whole bunch of other shit you can just Google. From their formation in ‘96, they’ve successfully avoided categorization, or being too strongly associated with any musical style. “Having some kind of preconceived message or theme is very boring to me,” Atsuo, the band’s drummer has said. “It becomes a crutch.”

Speaking of crutch, who’s got one?

One Response to “VIDEO OF THE DAY: BORIS-Statement”