Very interesting guy this Terence McKenna was. The late great McKenna was a philosopher and spiritual teacher among many things, he focused on subjects like human consciousness and evolution. A 35-year pot smoker, he was a huge fan of ‘shrooms, which he thought played a fundamental role in human-evolution. Known as The “Stoned Ape” Theory of Human Evolution his most well-known idea was first proposed in his book Food of the Gods. 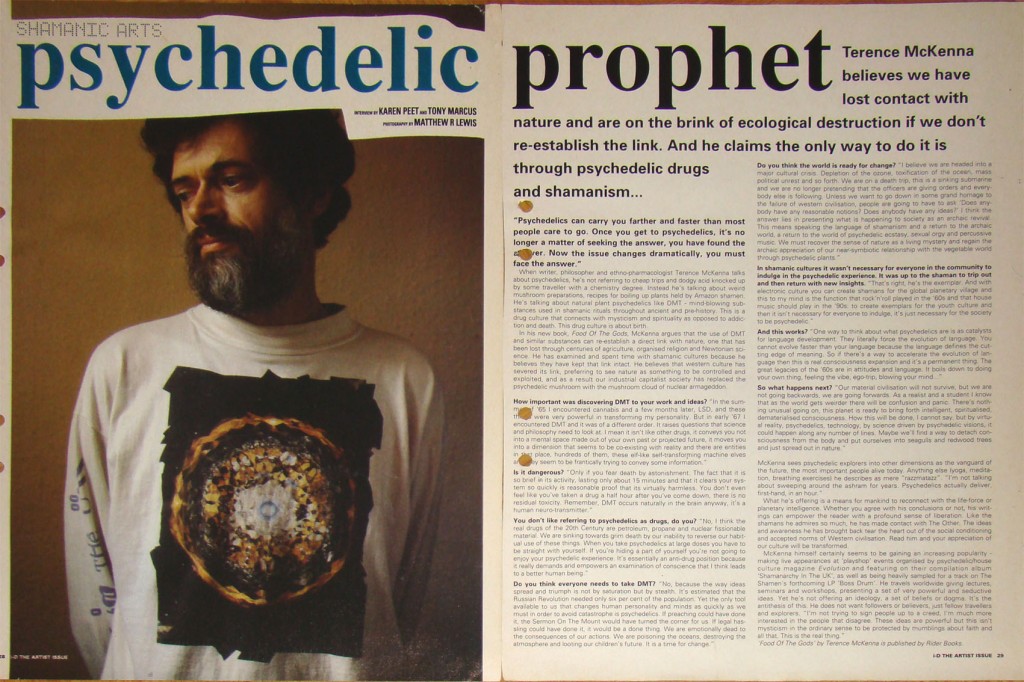