What to Smoke Weed Out Of?

So we didn’t have to think of all those crazy ways to smoke weed, or a myriad of things to smoke weed out of ourselves—we took to our Twitter account with 150K followers asking ‘em to name their favorite ways to smoke marijuana. We compiled all that best way to smoke weed data and put together the Top 10 Ways to Smoke Weed.

10 Best Way to Smoke Weed—According to Our Twitter Followers

1. JOINT
Of all the ways to smoke weed, man joints have got to be the cheapest. Joints are also highly effective and don’t shatter when you drop ‘em on the garage floor. Another awesome asset of the joint? You can smoke one using only a single hand. You can roll joints using our 100% all hemp signature STUFF STONERS LIKE ROLLING PAPERS or the papers you picked up at the gas station, but why would you do that, man?

Learning to roll a nice joint should be considered mandatory if you’re going to consider yourself a stoner. Joints come in all shapes and sizes from the tulip joints, to cones, to crosses, to some crazy shit that even look like jet planes. And dispensaries are starting to stock pre-rolled joints endorsed by people like the guru of ganja Ed Rosenthal. 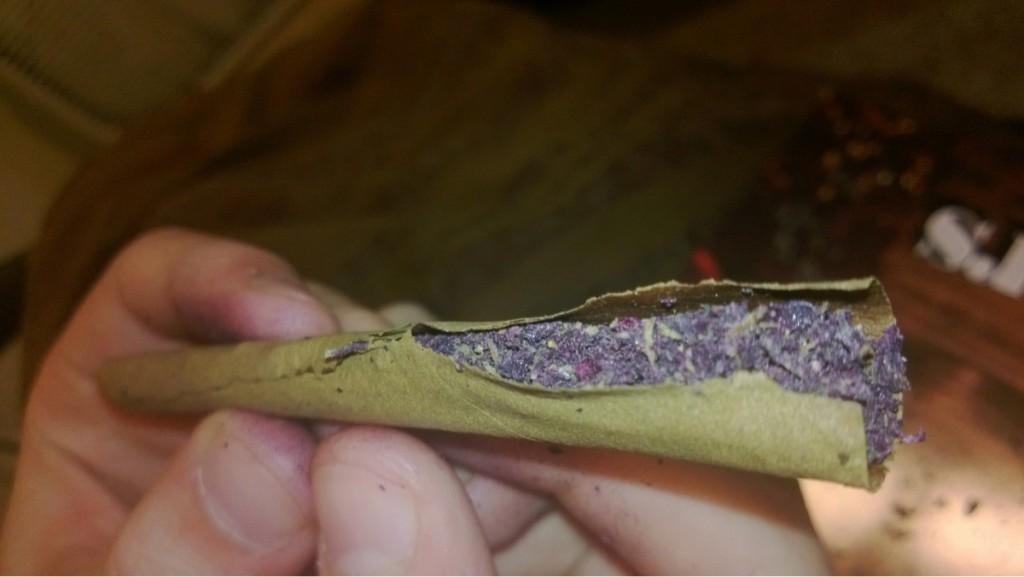 2. BLUNT
In the early days of blunt-crafting, tobacco was mixed with marijuana, kind of like what Europeans do with joints. Nowadays blunts are almost exclusively a WEED-ONLY affair. All “Pimps”, “Playas”, “Macks” and true “OG’s” will testify that the blunt is the only real way to smoke weed…in public.

Lotsa blunt-lovin’ stoners say that compared to plain old rolling papers blunts last longer, taste better, are easier to roll, give bigger hits, don’t go out as much as papers, they’re thicker, don’t run as much, look tastier and can contain much more herb than you can fit into a joint. Of all the ways to consume cannabis this was considered the best way to smoke weed by our Twitter followers.

3. BONG
If you like big hits, this is one of the ways to smoke weed that you’ll love. Why? Well, the bigger the bong, the bigger the hit. Bongs are like a hookah, you know that thing the caterpillar was smoking in Alice In Wonderland, but smaller and more portable. One major advantage of a bong, sometimes called a bubbler, or water pipe, is that it contains water that not only cools off the smoke, but also filters it— minimizing elements such as nicotine or any other resin. 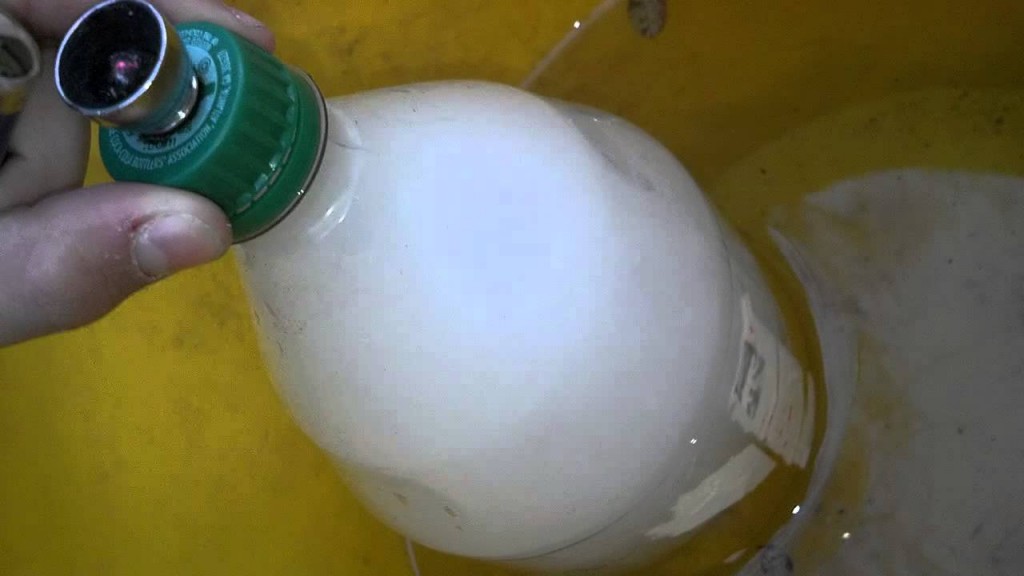 4. GRAVITY BONG
The gravity bong is pure stoner genius. It’s one of the most novel ways to smoke weed ever invented. It’s also famous for getting dudes hella high using ordinary household objects and not too much bud. 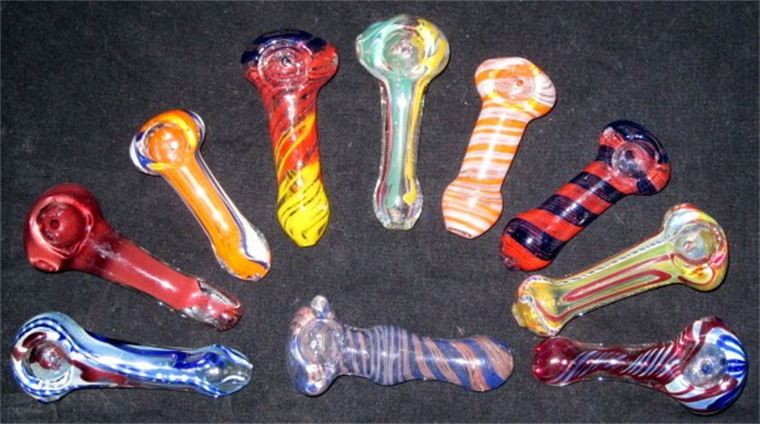 5. GLASS PIPES
Most glass pipes nowadays are made of high-quality borosilicate glass, an ideal material because of its heat resistance, transparency and the ease with which it can be melted, colored and transformed into awesome shapes. Glass pipes have been popular for years because of their portability and ease of use. Plus they’re works of art—many come in awesome shapes and color schemes, some even change colors as you smoke ‘em. 6. GAS MASK
One of the craziest ways to smoke weed and the one that most resembles torture is using a gas mask bong. Unlike smoking a joint, or hitting a blunt or bong, the gas mask offers the user the ability to “relish the entire smoking process, where you can soak in the smooth smoke directly without any loss,” says one gas mask bong retailer we found online.
Strap on a gas mask bong, light the bowl and you’ve got an air tight compartment filled with weed and your face. “Smoke spreads gradually to the face, giving you the time to inhale its flavor and relish the intoxication thoroughly,” says that same clever retailer. 7. CHILLUM
A chillum, or chilam, is a straight conical pipe with an end-to-end channel, traditionally made of clay. They’re super old school, man, and have been used since at least the eighteenth century by wandering Hindu monks known as Sadhus.
According to Alfred Dunhill, Africans have long employed chillum-style pipes for smoking marijuana and later tobacco. Gourds and various horns were often employed while conical bowls were common in Uganda. One of the more famous pipes is an ivory cone pipe once belonging to “Waganda” monarch King Mtesa.

Chillums are now a mainstream staple at street fairs and some are actually considered American folk art. Street artist Darrel “Pipeman” Mortimer of San Francisco has made nearly 10,000 chillums—each signed, numbered and sold personally since the ‘70s. 8. STEAM ROLLER
Like a bong a steam roller can house a lot of smoke. They typically look like long tubes and they’re one of the ways to smoke weed that’s losing steam, er uhm, we mean popularity. Unlike a bong, however, steam rollers don’t contain water and they’re usually not as fancy—filled with diffusors and perks. However, that’s not always the case, we’ve seen several filled with all sorts of cool shapes from dragons to fish. 9. APPLE PIPE
Most stoners won’t go out of their way to smoke through an apple on purpose. But because of its convenience in a pinch this is one of the most popular ways to smoke weed.

To make an apple pipe all you need to do is grab an apple and carve a bowl in the top and make sure to create a chamber for the smoke by coring it out slightly. Then make a hole in the side of the apple so you’ll have a place to put your mouth. Dry the bowl and you’re good to go. Try to avoid using tin-foil—that shit’s toxic. Yes, your weed will take on an apple flavor. And no, don’t eat the pipe when you’re finished—no matter how how hard the munchies hit. 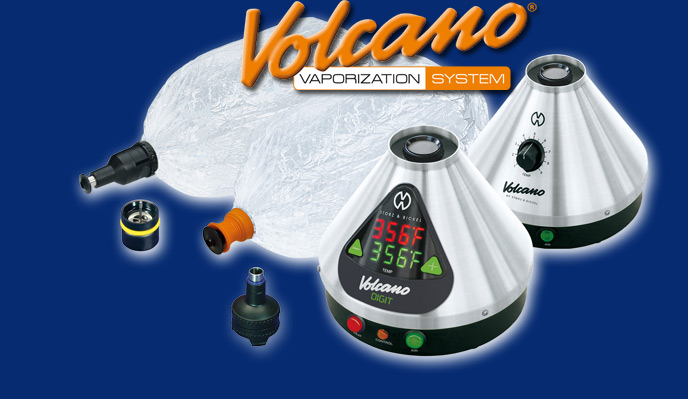 10. VAPORIZER
We’re well aware that vaporizing isn’t smoking, but we decided to put it on this list anyhow. Why? Because vaporizers, from the wax vape pen to the dry herb vaporizer, to that cool 3-in-1 vaporizer pen—vaporizers are awesome, man. A vaporizer allows you to literally vaporize marijuana rather than smoke it. We’re talking some sci-fi shit here, dude.

When it comes to all these various ways of smoking weed, man, every single one of ‘em come along with respiratory hazards resulting from the toxic byproducts of combustion—not from the weed itself. Vaporization actually offers all the amazing advantages of inhaling THC—like rapid onset—without the drawbacks of combustion.

And there you have it, the Top 10 ways to consume cannabis. What did we miss? Let us know in the comments below.