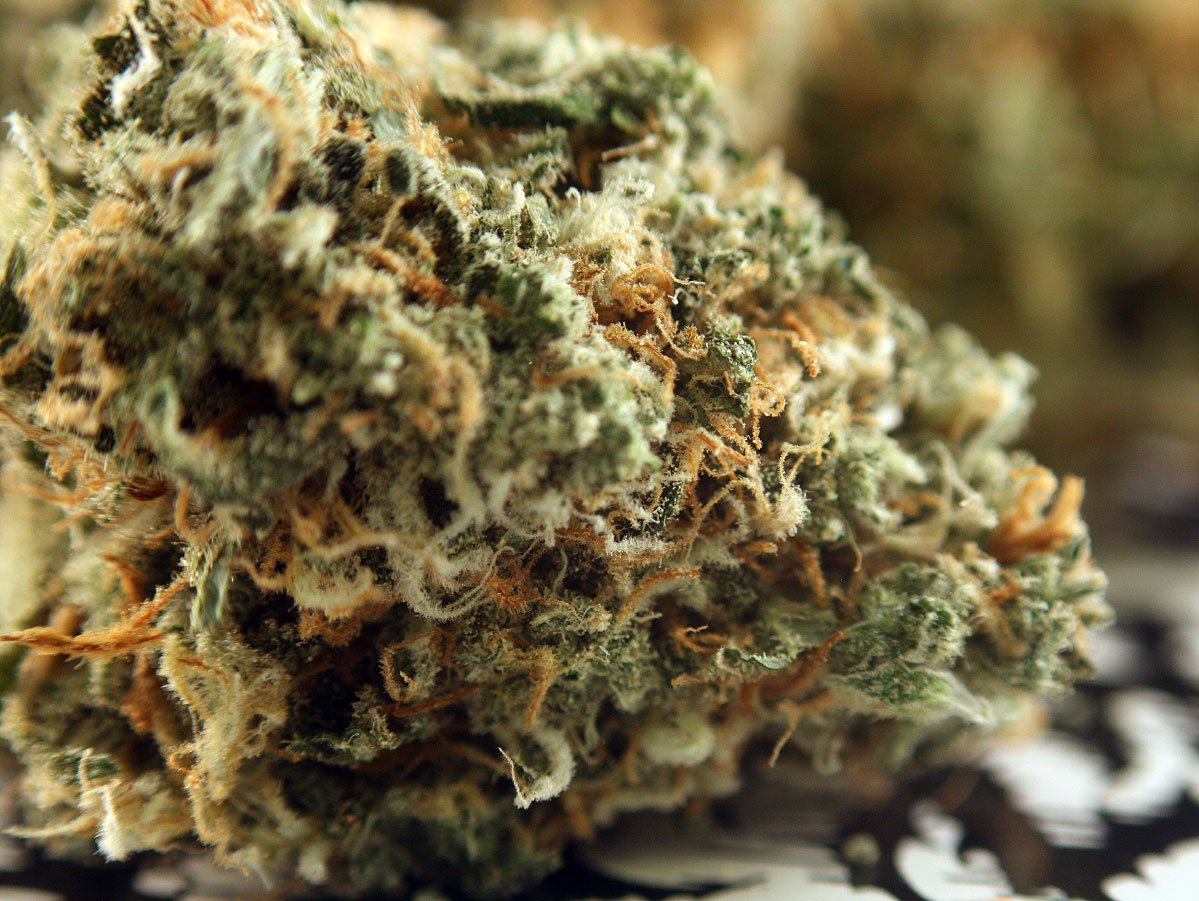 Appearance and Feels: Large thick buds with a lovely almost neon green hue. Trichomes look nice but not super thick, and the pistils have a lighter orange tint. When you break the buds open, you can see some better looking trichome action. Tall standing full bulb sort of stuff. These buds have a charming trim job that makes them look like perfect pinecones. Don’t take my word for it though, keep scrolling and look at these pictures.

Smell: Piney and lemony with a hint of some sweet earthy goodness. Some say the SLOG has a coffee taste to it as well, but I’m not really getting any of that. Just mainly piney lemon goodness. I sent away for a terpene and cannabinoid profile for the SLOG #7, and here’s what we ended up with. I’ll list all terpenes over 1 mg per gram, and for the rest you can click this link. Along with the rest of the terpenes that showed up less than 1 mg / g, the total terpene count for this sample of SLOG #7 is 11.35 mg / g.

Flavor: This is some fairly tasty cannabis. After you’ve been smoking for as long as some of us have been, you reach a point where it’s almost more about taste and smell and a bit of novelty than it is about the ever historical question of, “How high did it get you?” If you have a properly primed endocannabinoid system, you shouldn’t really get high or stoned anymore.

You get to what we’ll call the baseline, for now at least, until someone comes up with a better term. All that aside, the SLOG #7 has a nice piney lemon zesty taste to it. In a bowl or a bong it tastes like what I’m coining as NEDGAW, or Normal Every Day Good Ass Weed.

There’s absolutely no shame in smoking NEDGAW on the daily, especially if it’s Echo’s SLOG #7. When you put the SLOG into a grinder then into a joint, the lemon pine taste is much more prevalent.

High: Not a super high THC count, but that’s ok. Not every strain of cannabis needs to be overloaded with THC, just because that’s the number retailers, at least here in Washington, are mainly basing their purchases on. There’s enough β-Myrcene and α-Pinene to deliver a decent entourage effect in conjunction with the almost 15% THC this sample is packing. It’s got me up to that baseline and keeps me there all day. As long as I dip back in for a joint or bowl or spliff every now and again. Like I said in a song on my latest hip hop album Project LD 50, “Like Nate Dogg said yo, I’m just trying to smoke weed all day long.”

Overall: If you have a chance to get a little of the Super Lemon OG from Echo Electuary, I explicitly recommend it. It’s not their best offering, but it is a great smoke to have for daily use. I’m personally more excited for their Grapefruit strain, which I’ll be reviewing next. I personally liked that one much better, and when you see the terpene profile, you’ll know why.