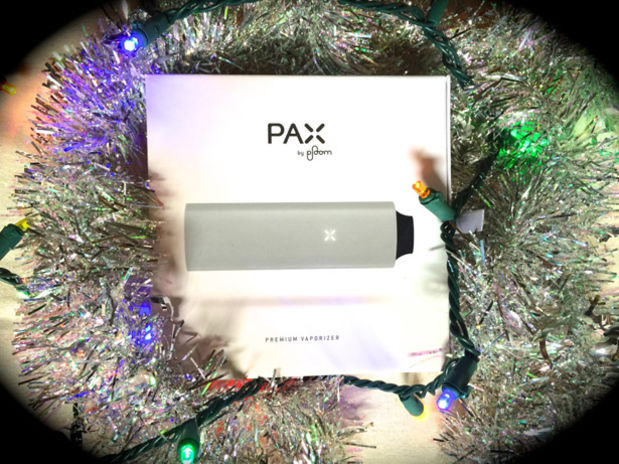 Sure you can make a dry herb vaporizer out of a light bulb and few ordinary household objects. Because who doesn’t dig homemade gifts, right?  But why not hook up that special stoner with a really bad-ass portable dry herb vaporizer? Not only is a weed vaporizer convenient and easy to use it is also safer. That’s because vaping weed is a lot safer. Combusted weed smoke consists of only 12% cannabinoids. The remaining 88 percent contains 111 different components including a half dozen known cancer-causing checmicals. However weed vapor consists of 95 percent cannabinoids. Not only is vaping weed healthier, it seems like a possible way better use of your weed. To learn more about how vaping can help conserve your cannabis check out our info-packed Vaping vs Smoking Infographic.

Yes. The 3-in-1vape pen—you know the ones that claim to vape dry herbs, THC e liquid and concentrates equally well—seems to always char the weed. We’re looking at you Kandy Pen. They might work great for concentrates but the technology just isn’t there yet. They just burn the weed instead of vaporize it. And they’re nearly impossible to get clean once you use them. Plus they burn out really quickly.

However there are a few purpose-built dry herb vaporizers out there that do a pretty good job of vaporizing flowers without combusing them. Burning weed in a vaporizer doesn’t just taste like shit, it defeats the entire purpose of using a weed vaporizer in the first place, dude.

Anyhow without much further adieu here is the official stuff stoners like weed vaporizer holiday gift guide for 2015:

The DaVinci Ascent weed vaporizer features an all-glass vapor path and a ceramic bowl with a glass straw for improved flavor and better overall styling. It also features a longer battery life than the OG Davinci Vaporizer. Its rechargeable batteries deliver more than 2 hours of continuous vaping.

The bowl on the Ascent vaporizer is at the bottom of the unit making it easy to fill and clean the chamber. It also rocks advanced electronics including “Personal Vaporization Settings” that allow users to dial-in custom settings. The Ascent vaporizer is available in 4 different finishes—stealth, burl wood, carbon fiber, and skulls—and will run you about $250 bucks. You can customize your new Da Vinci vaporizer for an extra $50.

The VaporTech dry herb vape pen is pretty cool looking, man. It’s similar to the Pax vaporizer by ploom but has an advanced LED display and on-board temp controls. Not all dry herbs burn equally so there are 80 temperature settings on this vape pen starting from 350 degrees going to 430 degrees. That should allow you to dial-in the perfect temp each and every time you vape. It also features a memory function so you can save your favorite baking settings.

Vape time lasts about 40 seconds on the VaporTech Baker. That allows you plenty of time to enjoy some really big vape clouds. It also features a safety power duration so it doesn’t go off in your pocket.

The Pax Ploom weed vaporizer, the second in the company’s line of slick, futuristic vaporizers looks like something you’d see on the deck of the Starship Enterprise or your local Apple store. It’s small, sleek, shrouded in brushed aluminum and equipped with a single indicator light. There’s no external buttons and barely any branding.

Its designed for use with flowers and comes equipped with a nice sized chamber, affectionately called an oven. Its cover is held in place by magnets—a really cool feature. This dope dry herb vaporizer has three settings; low, medium and high accessed by removing the top of the mouthpiece. This is the only button on the entire vaporizer pen. Turn on the device by pushing the top—the mouthpiece will rise up automatically and it’s ready to go in about 30 seconds. PAX say their spiffy weed vaporizer doesn’t heat herbs to combustion so there’s no smoke or secondhand smoke. At $279 the Pax Ploom is pretty expensive, but if you’re into sleek gadgets and vaporizing weed this dry herb vaporizer is totally worth it.

That’s it dude. There are only three really good weed vaporizers out there, man. We’ve tried a ton of ’em and don’t want to waste your time with them. If you were to ask us which of these three is the best portable vaporizer for weed we’d probably have to go with the Pax. Not only is it really small and works really well, it just looks really cool too. So if you’re looking to buy your favorite stoner a vaporizer for weed then you can’t go wrong with the Pax or any of the other two vape pens we mentioned above.

Now if you’re looking for a vape pen to handle concentrates, you know like shatter, BHO or Co2 and the like, stay tuned for our vape pen holiday buyers guide. Also read all of our vape pen reviews.