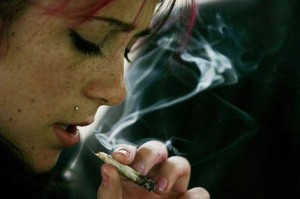 90 years ago women weren’t allowed to vote. That sucks, of course? You know what else many women still can’t do…many can’t even use a non-toxic, healing herb to ease the aches and pains associated with OPPRESSION.

“One of the very most basic of human rights is the right to be healthy and to take care of your health. Nature in all of her wisdom gave us  a cure for every ailment there is and every human being has a nature given, a god given, a goddess given right to use the plants that nature has given us,” says Steve DeAngelo, Executive Director of the Harborside Health Center in Oakland, California. “Not only do I think it’s a civil right, but it’s beyond a civil right to a fundamental human right that something belongs to all of us simply because we were born human beings and our brains have receptors for canabinoids in them. 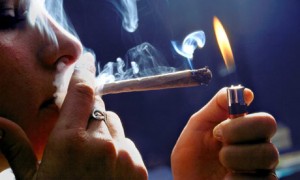 What the fuck? No, we’re not kidding. That motherfucker’s name was Harry J. Anslinger the first Commissioner of the Treasury Department’s Federal Bureau of Narcotics back in the 30′s which ultimately morphed into the corrupt DEA of today. He was self-appointed, by the way. You see, marijuana was made illegal…just to give racists something tangible to use to DIRECTLY discriminate against African Americans and WOMEN! The ban on weed is rooted in MISOGYNY!