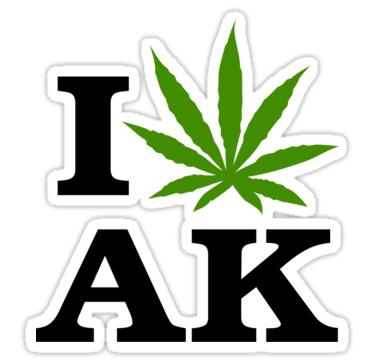 “The proposed initiative will take marijuana sales out of the underground market and put them in legitimate, taxpaying businesses,” Tim Hinterberger, one of the initiative’s sponsors, told CNN. “Replacing marijuana prohibition with a system of taxation and sensible regulation will bolster Alaska’s economy by creating jobs and generating revenue for the state.”

This initiative is very similar to the legislation passed in Colorado back in November 2012 that legalized the growing, buying and consumption of marijuana for adults ages 21 or older. Currently Alaska allows medical marijuana, residents with a doctor recommendation can possess up to a full ounce and grow up to six plants.

According the Marijuana Policy Project, pro-recreational weed initiatives are expected in several other states in 2016, including Arizona, California, Maine, Massachusetts, Montana and Nevada. Watching marijuana prohibition laws go up in smoke is definitely STUFF STONERS LIKE.