After nearly three and a half decades, Marijuana Mecca−Amsterdam looks to ban weed-loving foreigners from buying and enjoying marijuana and hash in its 223 coffee shops as part of a national crackdown on drug use. The new, very conservative, Dutch government that took office last month has agreed to limit the sale of weed to only residents in order to curtail alleged crime surrounding the sale and production of weed.  And, some Dutch border towns like Maastricht and Terneuzen have already restricted the sale of weed to foreigners.

Currently, the possession of up to 5 grams of weed or hash is allowed in the Netherlands resulting from a policy introduced in the arena-rock 70’s as a way of separating soft and hard drugs. The program has been largely a success at reducing addictionction rates to hard drugs, but it looks as if Amster-D is getting a bit image-conscious these days as they’re not looking to be known as a tourist destination for stoners any longer. “We don’t like that,” said Ivo Opstelten, the Minister of Public Safety and Justice, yesterday on Amster-D TV.  Large-scale weed production has always been a crime in Amsterdam, however, growing, transporting and keeping coffee shops stocked with no more than 500 grams of weed at a time, has made things very interesting over the years. 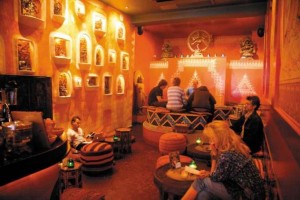 “The heart of the problem is crime and disturbances surrounding the sale. We have to go back to what it was meant for: local use” says Opstelten. So far plans are uncertain and have not been formally put into law, but the minister is expected to break everyone’s hearts with a formal proposal sometime in the New Year. And, allegedly coffee shops all over Amsterdam are already slowing sales to foreigners and in July it was a judge’s decision that allowed that town of Maastricht to halt sales of weed to tourists.

What does this mean for the famed High Times Cannabis Cup competition held every year in Amsterdam… happening right now−by the way? Well, it’s probably destined for California soon! So it’s no wonder the makers of High Times magazine recently sued a local San Francisco dispensary owner who’s held an annual SF “Cannabis Cup” FUNDRAISER over trademark infringement. Kevin Reed, the CEO of an SF-based weed delivery service called The Green Cross has, for the past three years, hosted an annual pot party/fundraiser called the SF Cannabis Cup. The fourth annual competition went down last Sunday, November 14, 2010, despite the threats from NY-based High-Times magazine promising at least $75,000 in legal fees as well as seizing all of the proceeds from the event. 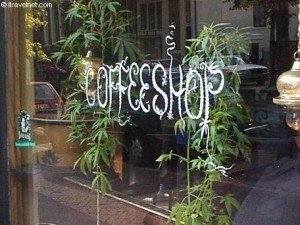 “[This] is a blatant misappropriation of THC’s exclusive trademark and further, a deliberate attempt by your organization to confuse the public about who is actually promoting and hosting the event. Such blatant theft cannot be tolerated,” wrote Clifford Holland, a New York City-based lawyer representing Trans-High Corporation, the parent company of High Times.

What does all this mean for traveling stoners? Well, if you’re into looking at windmills check out dreary Amsterdam, but if you want to smoke some good WEED and check out some world-class cannabis competition, come on out to sunny California.

20 Responses to “Amsterdam to BAN WEED SALES to Tourists”