A common misconception is autoflowering marijuana strains only grow short. Yes, many autoflowering plants are tiny and some are even referred to as dwarf plants. Originally autoflowering strains were marketed for their shortness. Lowryder 2 is referred to as an “autoflowering dwarf.” Some strains like Ganja Dwarf, White Dwarf and Red Dwarf highlight the fact they are are growing to be small right in their name. Plenty of growers are turned off because autoflowers are tiny plants and they like big huge plants.

However, not all autoflowering cannabis seeds will produce short plants.

Several different autoflowering strains suddenly exploded on me during their second and third week of growth. It was day seventeen of these auto Northern Lights, Cheese and Blueberry strains from Garden of Green and they looked fantastic. Four plants in particular had just started to flower, but the rest of the crop hadn’t.

Anticipating a 70 day growth cycle, I thought they were a early, but their size was impressive. These five (three NL, one Blueberry and one Cheese) were a little over twenty-four inches or 60 centimeters tall, while the others were about 18 inches or 45 centimeters. Other than modest difference in height they didn’t appear to be multiple phenotypes. 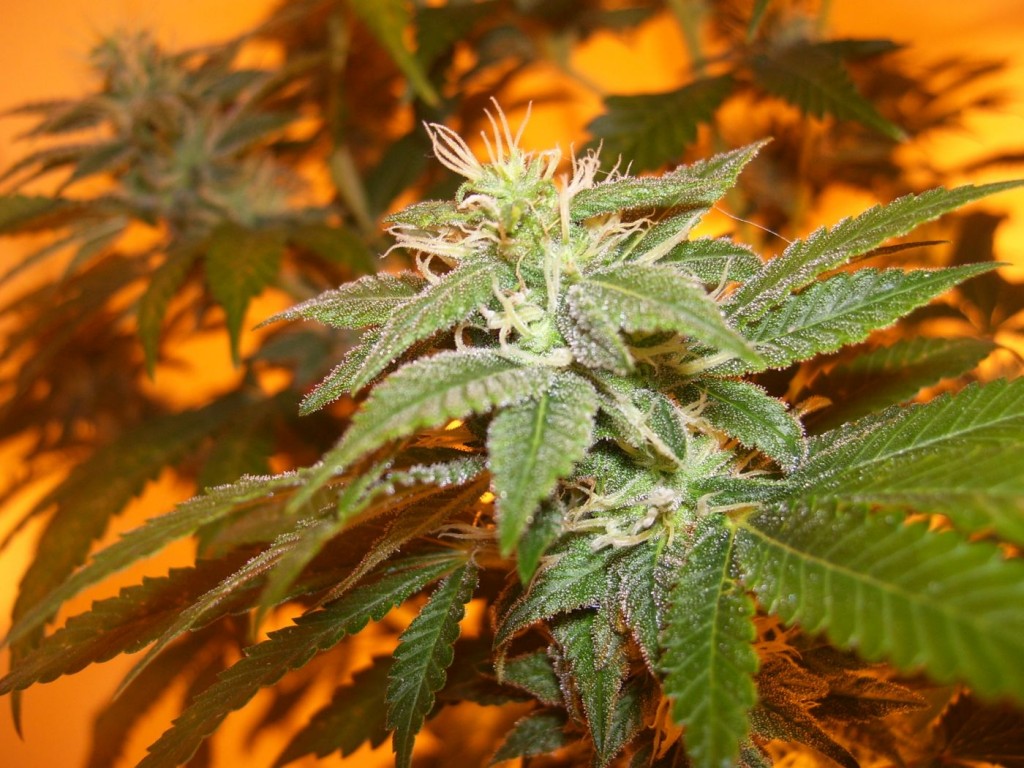 The leaf tuck method, which I’ll discuss in another blog, really gave them modest side branches. It’s important not to trim off fan leaves to bring light to lower branches, but to tuck the leaves downward to make light reach lower branches. These lower branches quickly surpass fan leaves.

Their size probably triggered their autoflowering response and I debated how I was going to feed them. Should they get one last full on vegetative feed or should I mix a formula of half veg and half flowering nutrients? What about the other, slightly smaller plants, would this time be perfect for a switch to this?

This was big decision and I decided to hit them one more time with full veg feed and mix it up next feeding. All of them exploded in growth! Almost all the plants doubled in size, including the ones that just started to flower. Their internodes blew up on me.

In hindsight the mix would have been better because during flowering the taller plants reached a height of an impressive five and half feet or 1.6 meters.

Many autoflowers I’ve grown have been on the shorter side. To me their structure is cute and reminds me of bonsai plants.

The Mernahuana Zone is webcast every Tuesday from 7-1020pm ET live from Vapor Central with on demand available via SoundCloud, iTunes and YouTube.

Matt Mernagh is the author of Marijuana Smoker’s Guidebook: The Easy Way to Identify and Enjoy Marijuana Strains

. On sale now from Amazon, Urban Outfitters or iTunes.