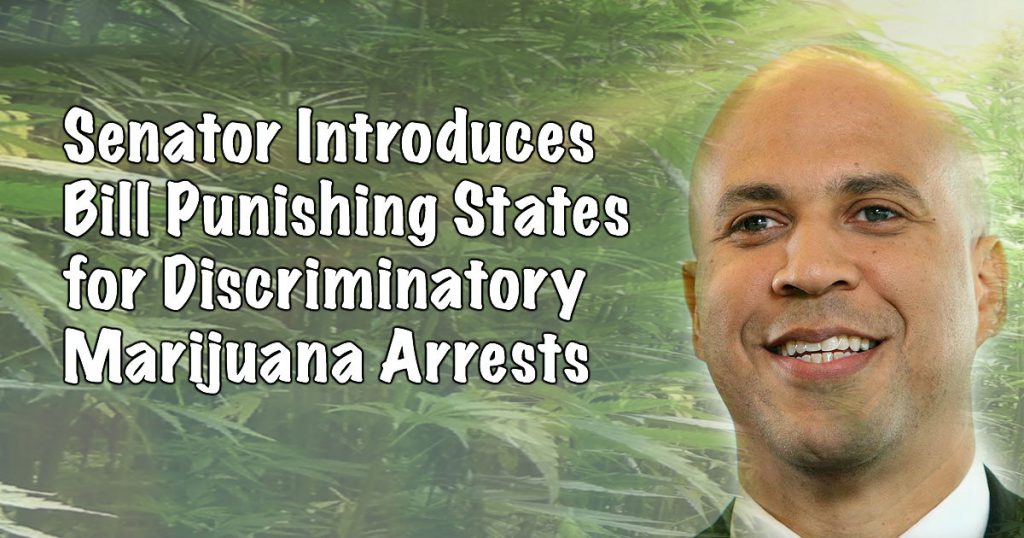 U.S. Senator Cory Booker introduced legislation to legalize cannabis at the federal level this morning. Not only does the new law seek to encourage states to legalize marijuana through local incentives it takes it a step further. The New Jersey Democrats legislation includes proposed punitive damages be applied to states that have “bad marijuana laws”.

“This is the single most far-reaching marijuana bill that’s ever been filed in either chamber of Congress,” Tom Angell, chairman of the group Marijuana Majority, said in a press release. “More than just getting the federal government out of the way so that states can legalize without [DEA] harassment, this new proposal goes even further by actually punishing states that have bad marijuana laws.”

Booker’s Marijuana Justice Act would of course remove the federal prohibition on marijuana. Federal convictions for marijuana use and possession would be expunged and prisoners serving time for a marijuana offense would be entitled to a sentencing hearing. Unlike most legalization bills this one seeks to withhold federal money for building jails and prisons and other funds from states whose cannabis laws are shown to disproportionately incarcerate minorities.

And in an unprecedented move—the new legislation victims can sue. According to the bill those who were “aggrieved” by a disproportionate arrest or imprisonment rate all qualify. Plus a Community Reinvestment Fund would be established to “reinvest in communities most affected by the war on drugs” for everything from re-entry programs to public libraries.

“You see these marijuana arrests happening so much in our country, targeting certain communities — poor communities, minority communities — targeting people with an illness,” Booker said in a Facebook Live roll-out of his legislation. “They’re actually seeing positive things coming out of that experience. Now I believe the federal government should get out of the illegal marijuana business,” Booker said, adding that it “disturbs” him that Attorney General Jeff Sessions has signaled that the federal government should take a harder line on marijuana.

What do you think of Senator Booker’s Marijuana Justice Act? Do you think it has a chance of passing? Let us know in the comments section below.