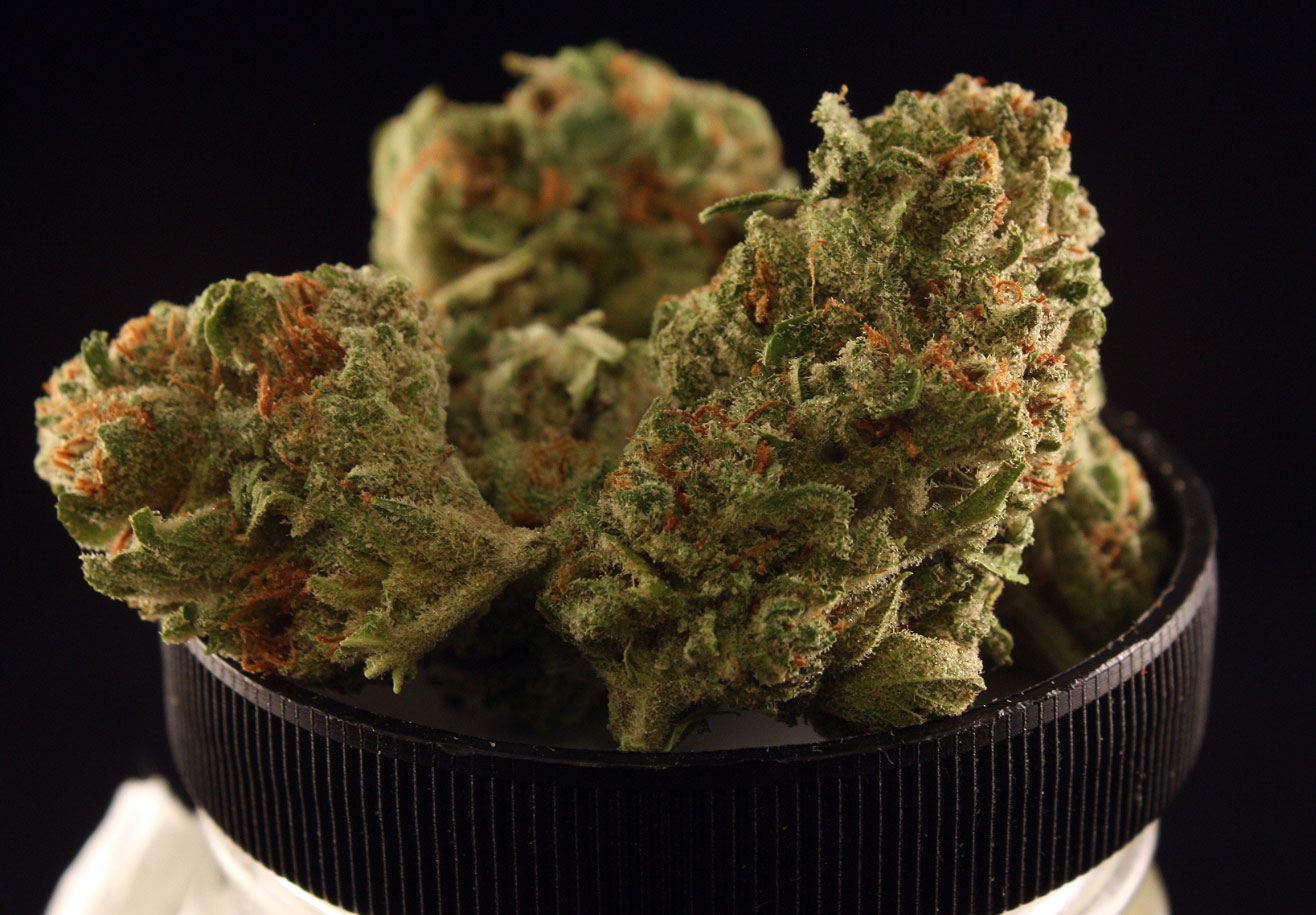 Marijuana Strain Name: Chernobyl
Review by: Mat Lee
Score: 8/10
From: Growers Outlet 613 Montana Ave #2 South Bend, Washington 98045 360-875-8189
Farm: Forbidden Farms
Harvest Date: 8/26/15
Type: Sativa Dominant
Content: THC 24.5% | CBD .6%
Sample Size: 3.5 grams
Genetics: Bloodwreck X Jack the Ripper
Some information I found online also included Space Queen and Jacks Cleaner in the genetics, but I suppose it depends on where you got yours from. TGA Subcool seeds seems to be the end all in regards to the Chernobyl. Bloodwreck is Trainwreck crossed with Trinity.

Internet lore goes a little something like this as found on the TGA Genetics site:

“I came out west I started on a quest for the best Trainwreck cutting I could find. I was not impressed with the Arcata cutting as it was to tall to slow and to bi-sexual for my taste. I had written off this legendary strain until I came across an amazing plant discovered by Smokescreen. Found inside a bag of Dank of the few seeds found one female exhibited all the traits of the famous wreck without producing a single male stamen even late into budding. The complex late coloring is a thing of beauty and the potency of this mother is epic. Extremely potent smoking just a few bowls is an adventure in respiratory failure and flat lining your brain waves. We decided to combine this incredible female with the genetics of Jack the Ripper.”

Appearance and Feel: Exceptionally dense and completely covered in that crystally trichome goodness. The few pistils that pop up are a dark brown, which shows off a lovely contrast to the light green calyx and darker green leaves. Not the prettiest trimming job I’ve seen, but when you pump out the kind of product they do at the Frost Factory, it’s ok to leave a few stragglers.

Smell: Right out of the jar there’s a tremendous lime soda type of aroma. When you break a bud of the Chernobyl open, the true terpene goodness comes forward. My new stoner friend from Florida says he smells some piney cherry aroma. Personally, I find it smells quite similar the Jack Herer and Dutch Treat strains, with their lemon lime sprite smell. Either way, this bud is loaded with some titillating tasty terpenes, and is a joy to indulge in.

Flavor: Some have described it as having a lime slurpee or sherbert taste. I’m getting more of that lemon lime goodness. Bong rips dish out a full plate of terps to potentiate your high. This is some tasty cannabis right here. In a spliff the lemon and piney lime notes go out of their way to accentuate the natural tobacco flavors. A joint is nice, if you can manage to finish it in one sitting.

High: Take some bong rips first thing in the morning, and as my friend says, it’ll have you speaking Ukrainian. The high is explosive, and potent enough to set off any stoners geiger counter. Radioactive enough to give off a nice afterglow that sticks with you most of the morning. The half life of this expansive cannabis strain is phenomenal. At just a gnat’s pube under 25% THC and what smells and feels like a decently complete terpene profile, our newer smokers are definitely going to want to take this one easy.

Start with a few puffs off a joint or a rip or two from a nice glass pipe. Get your endocannabinoid system good and primed before stepping up to the plate of bong rips. Chernobyl definitely has the capability to plant one’s dick firmly in the firmament.

What is the Best Soil for Growing Weed?
Grow Tent Buyers Guide

Overall: This was my first experience with Chernobyl, and I have to say I was pleasantly impressed. This strain grown by Forbidden Farms is full of great smell, taste, and feel. The high lasts a while, and plants you right in the couch if you let it. Cannabis for me lately has become something that you can seemingly control the feeling of.