Review by: Mat Lee
Score: 7/10
This Elephant strain review is part one of my four part weed review series on buds that I’m smoking. I had a chance to get 4 strains analyzed by the Werc Shop analytical lab in Bellevue Washington to see what kind of terpenes and THC / CBD content they have. Click here for a PDF of all four strains lab results. The four strains tested were Elephant, Aliens on Moonshine, Red Dragon, and Querkle. This is my review on the Elephant strain.
Sativa vs Indica: 100% Sativa (most likely)
Cannabinoid Content: THC 2.31% | THCA 12.14% 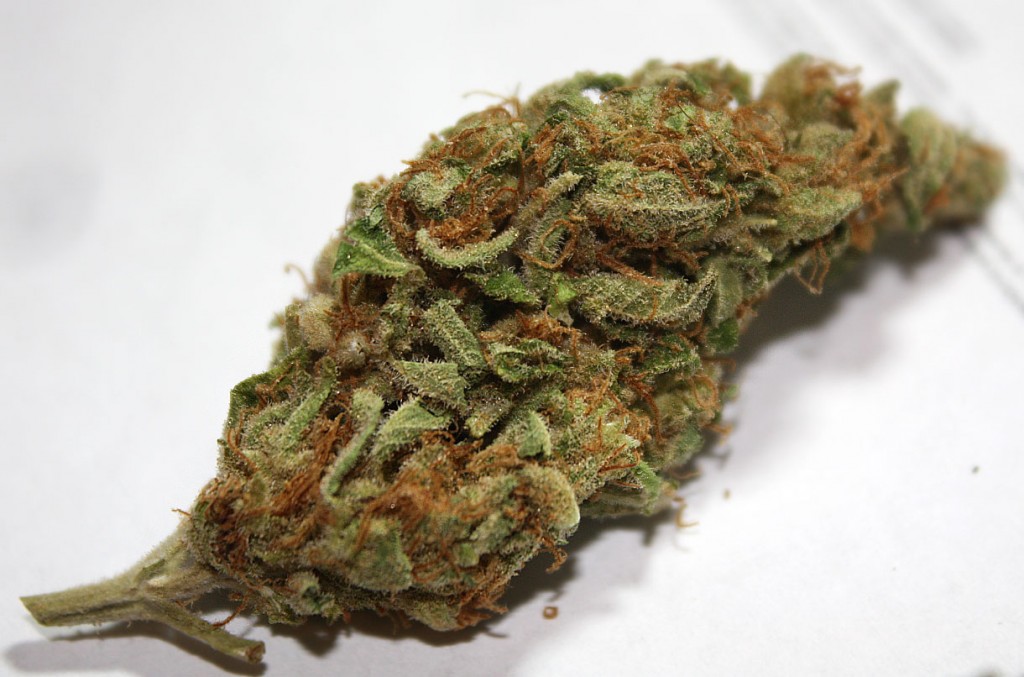 I did find this ICMag forum post about someone that ran across some random seeds from the 70s. Apparently he had some Elephant strain seeds. Although like with most posts involving decades old seeds, it didn’t really pan out and stops about 6 pages deep. It’s still a fun read, you can feel the tension in the words as they were all waiting to see if any of the Elephant strain seeds would germinate. It’s very cool stuff—almost makes me want to start growing weed.

What I do have is a terpene profile of what I was told is Elephant. The Elephant strain genetics are clearly sativa, and really good shit, so I don’t know. A lot of the non pure Elephant strains online did not at all seem like what I have. I found Elephant Ears, Purple Elephant, (ooooh PURPLE Weed) and White Elephant. Apparently this Elephant strain is one of those old rare strains that you just don’t see that often anymore. I’m just happy to have great weed to review.

Appearance: Elephant strain weed has elongated, stringy-ish buds, but more thick than a lot of sativas I run across. Not very dense, but quite frosty, with long orange red hairs. Did I mention frosty? Lots of lovely frosty bits.
Smell: First I’ll describe what I smell from the weed itself, then I’ll list the different terpenes the lab test found. The Elephant has a nice sweet smell, sort of reminiscent of a strain we used to see a lot of back in the day, Pez. Drop a comment and holla if you remember the Pez.

It’s a prominent candy smell, with a hint of some sort of faint spicy sweet aroma. It’s not berry or fruity or anything like that. I thought of honey, but when my girlfriend smelled it, she nailed it. Fresh mint. It smells like the mint fields we have in Montana when you drive by them. Not minty, but the way fresh mint plants smell like.

The actual properties of the terpenes can be found all over the internet. I’m personally a fan of this post about terpenes on Icmag. That’s where I’m copying the terpene information from if you were curious. For the sake of this review not being a couple thousand words, I’m only going to copy down the information on any terpenes showing up over 1 mg per g. But again, I highly recommend checking out the forum post these came from. It’s very interesting stuff stoners like.

β-Caryophyllene – 1.46 mg / g
Sweet, woody and dry clove odor and tastes pepper spicy with camphor and astringent citrus backgrounds. This stuff is a major terpene found in black pepper, clove and cotton. It’s also found in many other green, leafy vegetables, herbs, and spices in lesser amounts. Caryophyllene is the substance that produces black pepper’s spiciness.

Given in high amounts, Caryophyllene is a calcium and potassium ion channel blocker—it impedes the pressure exerted by heart muscles. It’s an analgesic, great for treating toothaches and one of the active ingredients in clove oil.

Limonene – 1.27 mg / g
Limonene is the second, third or fourth most prevalent terpene in almost all cannabis resins. I go in depth on Limonene in our Aliens on Moonshine review.

Myrcene – 1.53 mg / g
Some people think Mycrene, found in high abundance in mangos, can take them higher. That’s because this terpene enables cannabis to cross the blood/brain barrier more efficiently. The normal blood-brain rate is seven seconds—with the help of Mycrene that time can be reduced by half. Eating fresh mangos or even drinking a fresh mango smoothie one hour prior to smoking will dramatically increase the euphoric feelings felt by marijuana and help medical marijuana patients to ease their pain even more so we hear.

α-Pinene – 2.61 mg / g
Pinene produces that familiar odor associated with pine trees. It can be found in rosemary, sage, eucalyptus and many others plants. Medically Pinene is used as an expectorant and topical antiseptic. Like Mycrene it can easily cross the blood-brain barrier where it acts as a acetylcholinesterase inhibitor—inhibiting the activity of a chemical that destroys an information transfer molecule. This results in better memory. That’s why you may have heard that Pinene promotes alertness and memory retention. I go deeper in depth on Pinene in our Aliens on Moonshine review if you’re interested.

Terpinolene – 1.08 mg / g
Has a medium strength, herbal aroma that has been described as fresh, woody, sweet and piney with a hint of citrus. Its flavor is a sweet, woody, terpy, lemon and lime-like with a slight herbal and floral nuance. It is used as a flavor and fragrance agent. Its use in fragrances in the USA alone exceeds 50,000 lb/yr. Terpinolene is used in soap, detergent, creams, lotions, and perfume.

Flavor: Basically just like it smells. Sans the fresh mint. It has a fantastic sweet taste. Not as sweet tasting as I remember the pez being, but eerily similar. Mild sweet candy, with a green earthy full bodied aftertaste.
High: The first bong hit of the day hit me with a brilliant head change, then the creativity kicks in. I found myself quite focused on whatever task was in front of me. The task at hand being to smoke this weed and write about it, take some pretty pictures, and listen to bumping music. It’s a tough job, but someone has to do it. If you own or run a dispensary or delivery service in Washington and can provide some stuff to review we’ll make sure thousands of STONERS hear about it—HIT US UP at stuff@stuffstonerslike.com, cc me hazmatikus@gmail.com, put “weed reviews” in the subject line and I’ll hook you up. You know we have more than 160,000 stoners following us on Twitter, right?

Overall: I definitely enjoy having Elephant in my weed stash. It compliments the Danish Export tobacco I smoke when rolled in a spliff, and it’s a fantastic wake and bake high when you have to get to work. If anyone is familiar with Elephant or has some old hippy grower lore about it, drop me a line! I’d love to hear about it.

I found this interesting article on Cannabis Culture that DJ Short wrote. In it there’s a section where he describes the Elephant. He says, “There was a small supply of Indian tied stick pot available at the end of the 70’s and the beginning of the 80’s. These sticks were characterized by their large size compared to the smaller Thai Stick. The Buddha stick was lighter colored and sweeter with a distinct juniper flavor. It was very stimulating to the palate. The Elephant stick was the largest tied sticks, some up to an ounce each, and darker. Of the two, I preferred the Buddha due to its being more cerebral and heady, but the Elephant stick was a fine and powerful product as well.”