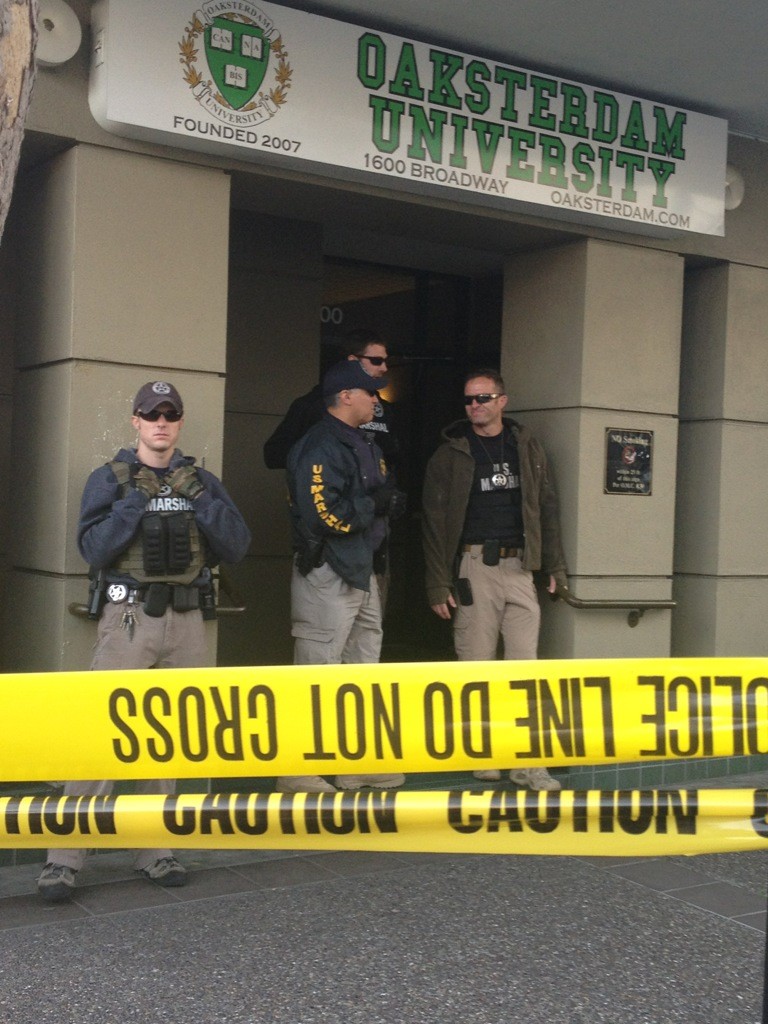 This morning around 8am Federal Marshals raided Oaksterdam University, a cannabis college, medical marijuana training school at the epicenter of the marijuana movement in Oakland, California. Various cars without licence plates swept into the parking lot, armed agents wearing masks entered the building along with a locksmith, other agents roped off the scene with yellow tape while others stood guard outside…hiding behind dark glasses, weapons strapped to their legs. Around the corner, the Oaksterdam University gift shop also had armed Federal Marshals guarding its entrance. City Council member Rebecca Kaplan said that Oakland Police nor the city were notified of this raid. 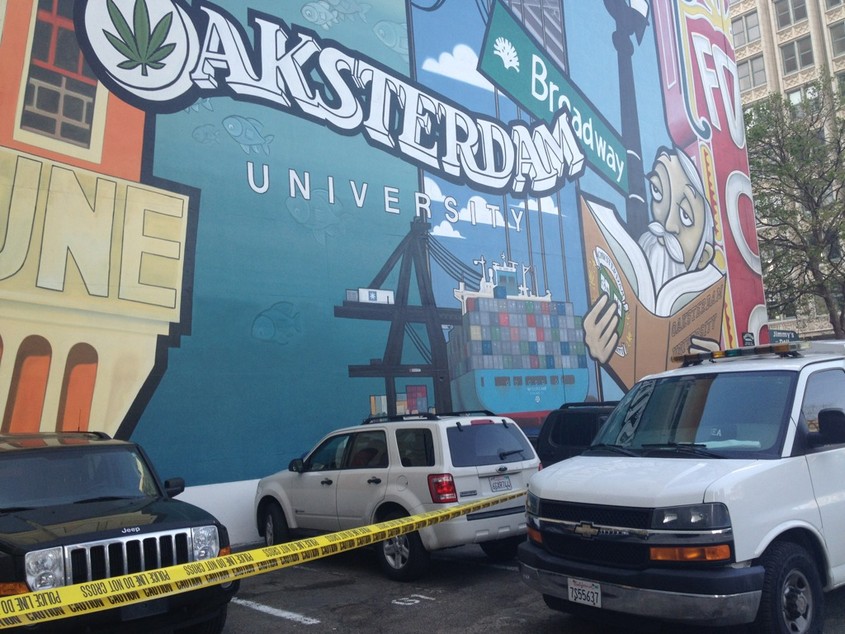 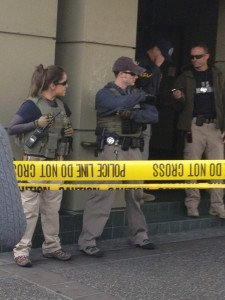 Protestors gathered in front of the University, organized and questioned the agents about their intentions and why they were even participating. The armed guards stood in silence. Eventually trash bags filled with plants were taken from the building and tossed into a waiting van that was tagged with the words DEA GO AWAY. Agents also wheeled out the safe as well as several boxes of records.

Arlette Lee, an IRS spokeswoman, told the crowd that “agents were serving a federal search warrant” but said she couldn’t comment on the purpose of the raid and all documents relating to the raid were under seal.

Oaksterdam University was founded by activist Richard Lee who funded Prop 19, the 2010 California ballot measure that nearly legalized marijuana. We have heard reports that Richard Lee was the target of this Raid. He was detained in his home before the raid took place, was later freed and told to avoid the scene. Lee’s CoffeeShop Blue Sky, here in Oaksterdam, was also raided. Later in the morning Oaksterdam University Gift Shop, which does not sell marijuana, but T-shirts, rolling papers and the like was also raided, boxes of files were taken by the DEA.

There are three other legally operating dispensaries here in Oakland as well, so far they’re still open for business this morning. Steve DeAngelo from the Harborside Health Center, one of the other local dispensaries, was on scene to lend support. We witnessed 2 arrests made by Oakland Police who showed-up to conduct crowd control. Local police did not aid the Federal Agents in any other way.

There is a press conference scheduled for 2pm later today in front of Oakland City Hall at Oscar Grant Plaza. Stay tuned. 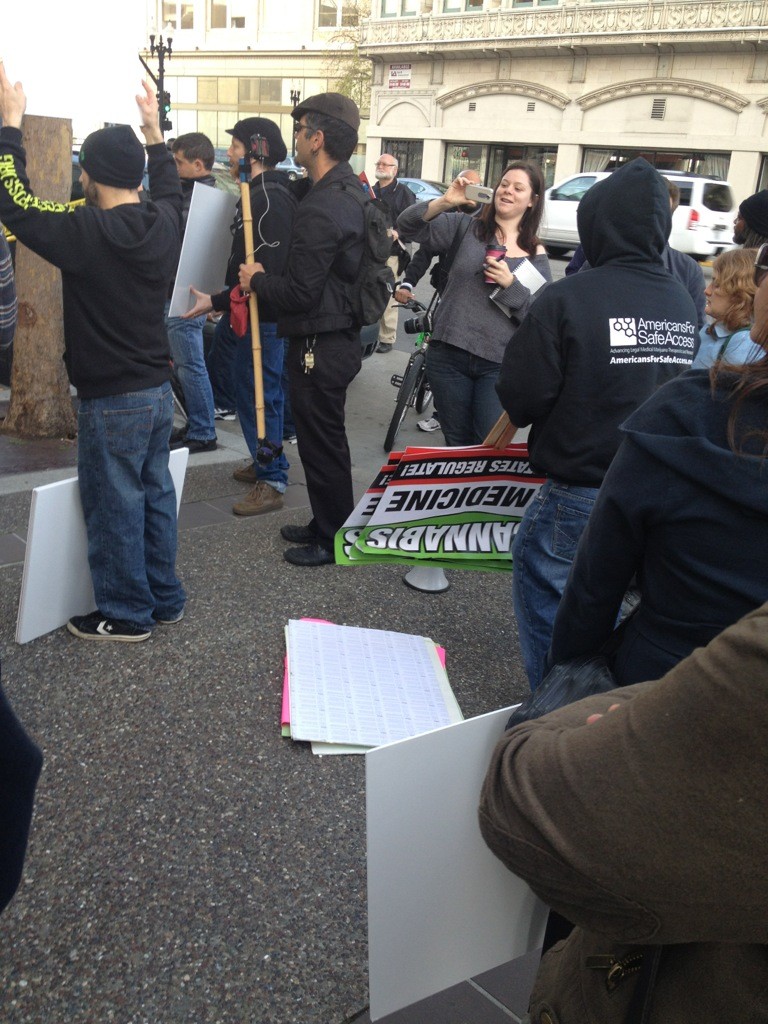 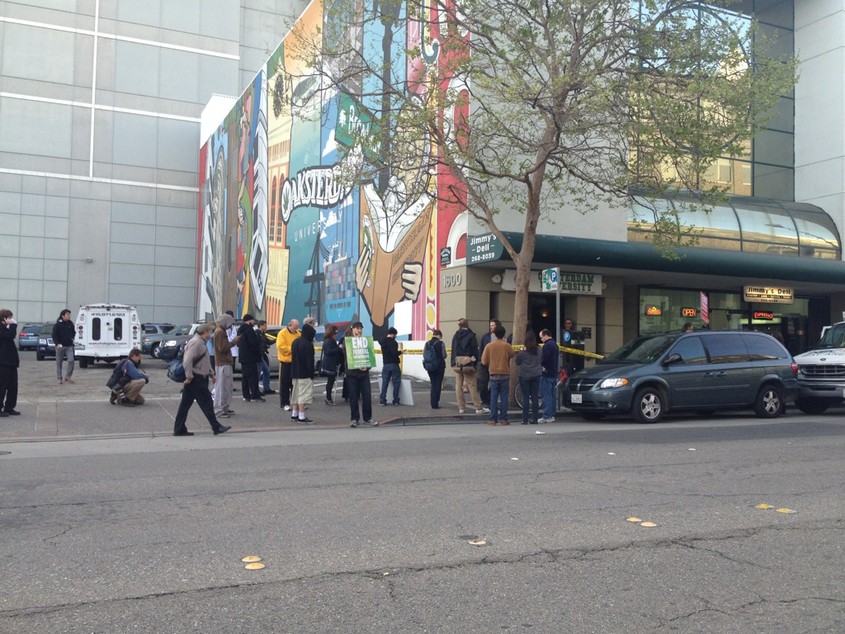