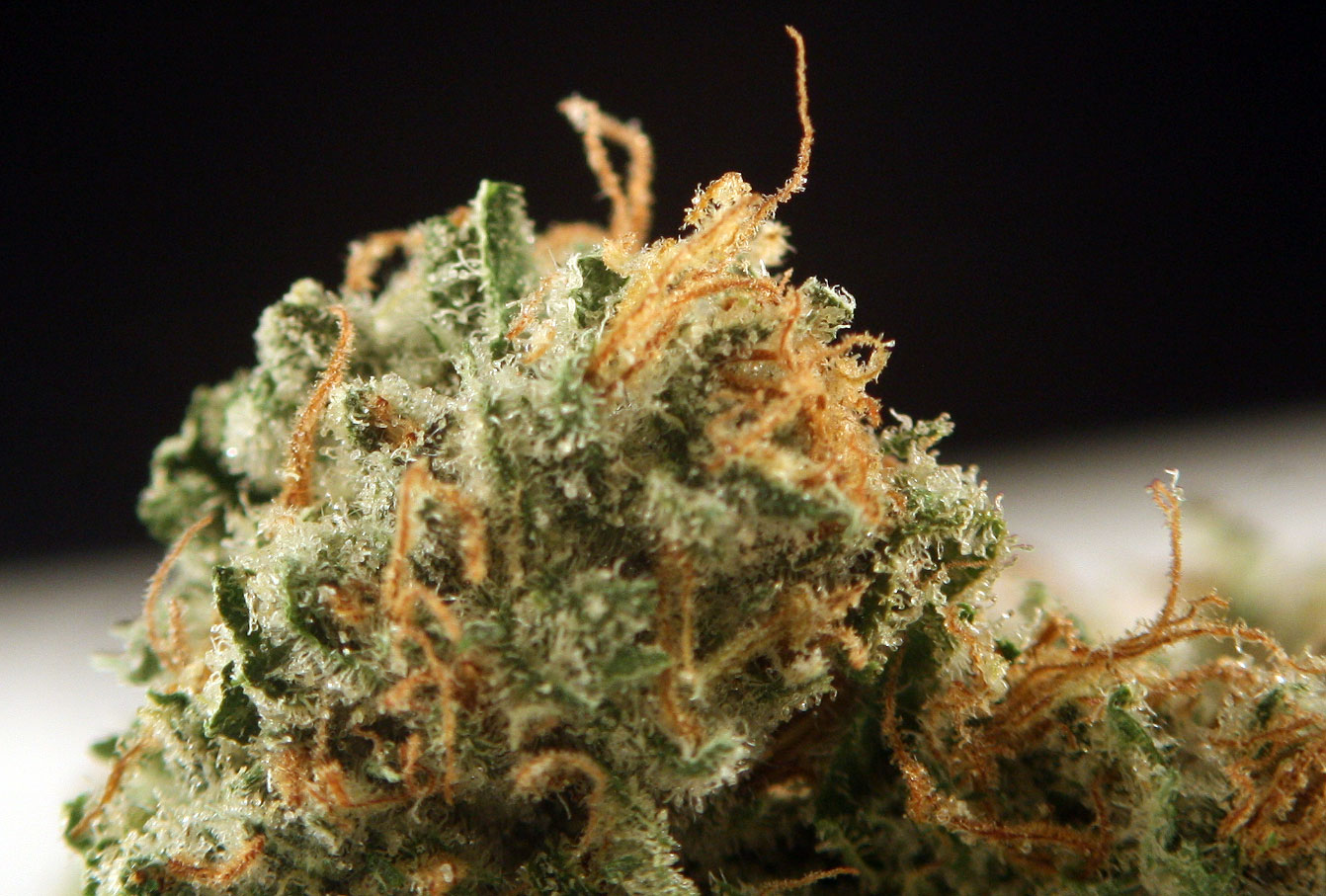 What do you get when you cross Space Queen with Green Crack? Most likely the Green Queen strain. But nobody really knows for sure. What we do know is that this strain allegedly has its roots in Oregon. This sample came from Growers Outlet up in Washington and was dense as hell, trimmed to perfection and absolutely covered in crystals. It had a funky smell—a skunky bouquet of earthy highlights with a perfumey, almost sweet fruity background. The taste? Pure stuff stoners like. The high? Dude, we don’t wanna spoil the ending for ya. Now get to reading…
Review by: Mat Lee
Marijuana Strain: Green Queen
Score: 8/10
From: Growers Outlet 613 Montana Ave #2 South Bend, Washington 98045 Phone: 360-875-8189
Farm: Artizen
Harvest Date: 11/17/15
Type: Indica
Content: THC 20.1% | CBD .1%
Sample Size: 3.5 grams
Genetics: Space Queen X Green Crack

Appearance and Feels: Dense as hell and covered in trichomes. Trimmed to perfection, these dank nugs are the gift that keeps on giving. It’s sexy when you toss it through a grinder and definitely burns a hell of a lot better. Did I mention how tight these nugs are? If there was a contest for nug tightness, I would enter these tight nugs and expect to bring home the prize.

Smell: Hot Damn, the Green Queen has a funky smell to her. Usually when ladies smell this funky, it’s a sign that something might not be in the best working shape down there if you know what I mean. But in this case, it’s a crazy mixture of terpenes that tickle the olfactory workers. It’s like a skunky bouquet of earthy highlights with a perfumey, almost sweet fruity background. I don’t even know. It’s most definitely an interesting mix. Makes me wish I had more to send in for analysis.

Flavor: Out of the Sasquatch beehive the Green Queen tastes like some good ass weed. Just like it smells the taste carries with it notes of that sweet earthy skunky goodness. It’s a little more on the perfumey side through a spliff. Definitely some tasty cannabis. Rips out of the Grav Labs dual inline are super tasty, and is a nice in between size when you don’t feel like dealing with the larger barrel glass. It also lets you taste the flavor a bit more since there’s less water in it than traditional glass bongs.

High: Lazy and hazy on a rainy day. It’s some good feeling smoke. Bong rips out of the Stax from 420 science definitely has a couch lock sort of feel to it. At 20% THC that’s to be expected. If you are new to the cannabis game, you might want to take it easy with the Green Queen strain. It seems to have a pretty full terpene profile, so I would definitely watch out for the entourage effect happening.

I definitely look forward to reviewing more strains from this Washington recreational farm. This is some weed to smoke and sit back and listen to the new Project LD 50 album I’ve released January 4th. If you like hip hop, spark one up, and check it out.