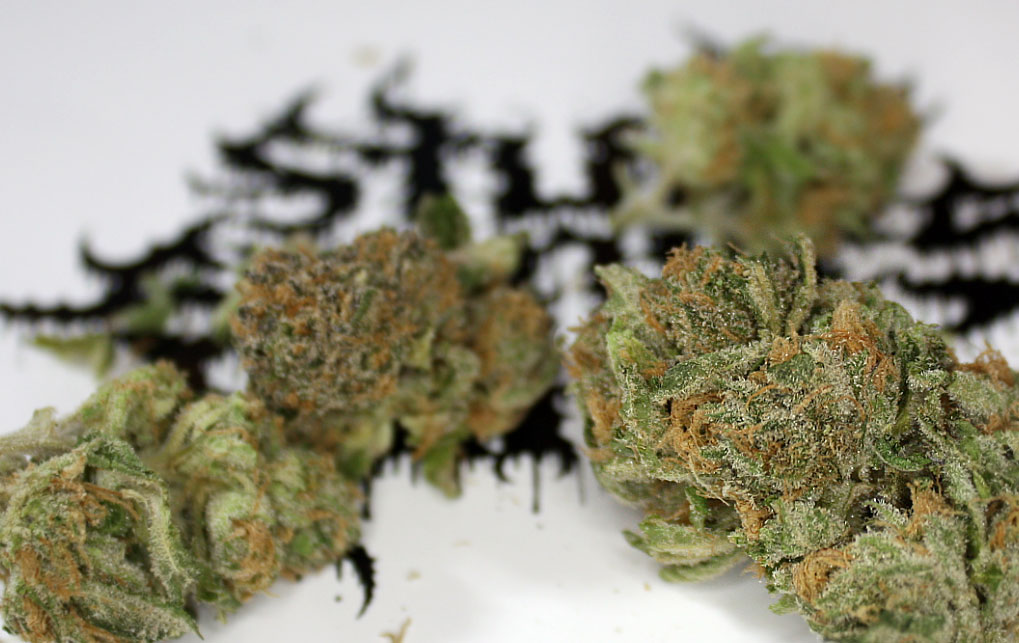 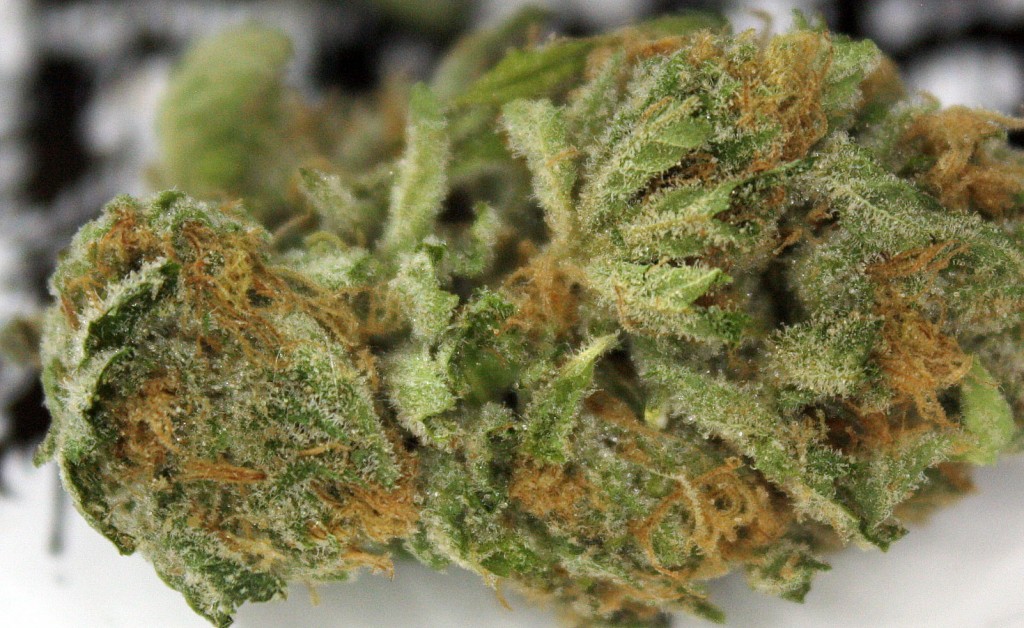 Appearance: This is some fiercely frosty, welcome to wonderland goodness. I have yet to hear people rapping about getting Grunk, so I might have to be the first. This stuff is that good. It definitely needs an anthem or something. So much potential, so little time. The buds themselves are the epitome of what a good bud should look like. Nice trichome coverage, fully darkened hairs letting you know this Grunk was ripe for the picking. There’s dark green buds, light green buds, and some purple in the batch I got from Growers Outlet. All stuff stoners like for sure.

Smell: As soon as you open the jar a super skunky grape aroma bursts forth. With great grapey wrath. It’s like these grapes have this wrath in the form of terpenes, and they want to share it with your olfactory workers, in the form of kicking them in the nuts. Do you even dare to crack the bud open? But of course. Crack that sucker open, close your eyes, and take a deep sniff. I mean really get in there and bask in the sticky trichome encrusted, terpene coated marinate that is Grunk. If they made a Grunk flavored cologne or perfume, I would hose my ginger fire princess down with it every night. I fucking love this smell.

Flavor: It tastes just like it smells, with a more earthy flavor to the smoke. I’m kind of beginning to think all weed tastes a little earthy when it’s smoked. This is definitely some top shelf stuff to save for the vape if you have one. Volcano or bust. So, does anyone have a volcano they wanna hook a brother up with? I will utilize it fully to write better reviews.
High: Woof. This is what I’m talking about. Bonghits bring on a voluptuous heady high that seems to just keep going. Legs all the way up if you know what I mean. Next stop, cloud nine distracted-ville. Population, this guy! I saved this one to smoke first thing when I woke up on my day off. I don’t usually get stoned anymore (unless I really get down to business and take multiple dabs to the dome or something silly like that), I always have this state of heady high tolerant bliss in my day to day, so to feel the effects to the point where I’m actually stoned, it has to be wake and bake usually.

The Grunk gets me there with just a couple of bongrips. If you are new to the whole cannabis game, definitely take it easy with this one. With a fully loaded cannabinoid profile and the terpenes to potentiate them, get ready to get Grunk.
Overall: I came across some forum posts in which a lot of users testify that the Grunk is basically a ten out of ten. I’m hesitant to give anything a ten so early in the game. I feel to be a fair judge of cannabis, I should see all the weed before I give out a ten, or a one. A zero? I forget. Let’s say on a scale of one to ten, as legit researchers who write shit down. Because as I’ve been told by real scientists, if you aren’t writing shit down, you’re just fucking around.

As of the time of this writing I’ve had over 30 strain reviews published. That’s nowhere near all the weed. So of course, the Grunk is at the top of the list right now, along with the few other 9’s I’ve given. Is anyone keeping track of all this? I should do some sort of monthly update to see where we are as far as reviewing ALL the weed. I’m interested to see what kind of weed game we’re all on when more states re-legalize this amazingly beautiful plant and our technology matures a little more.

There’s great things being done and a lot of community sustaining funds to be had. It’s a beautiful time to be alive and in the ganja game. Who’s ready to get Grunk with me? Have you even had this? Drop me a comment, I’d love to hear your thoughts on it.