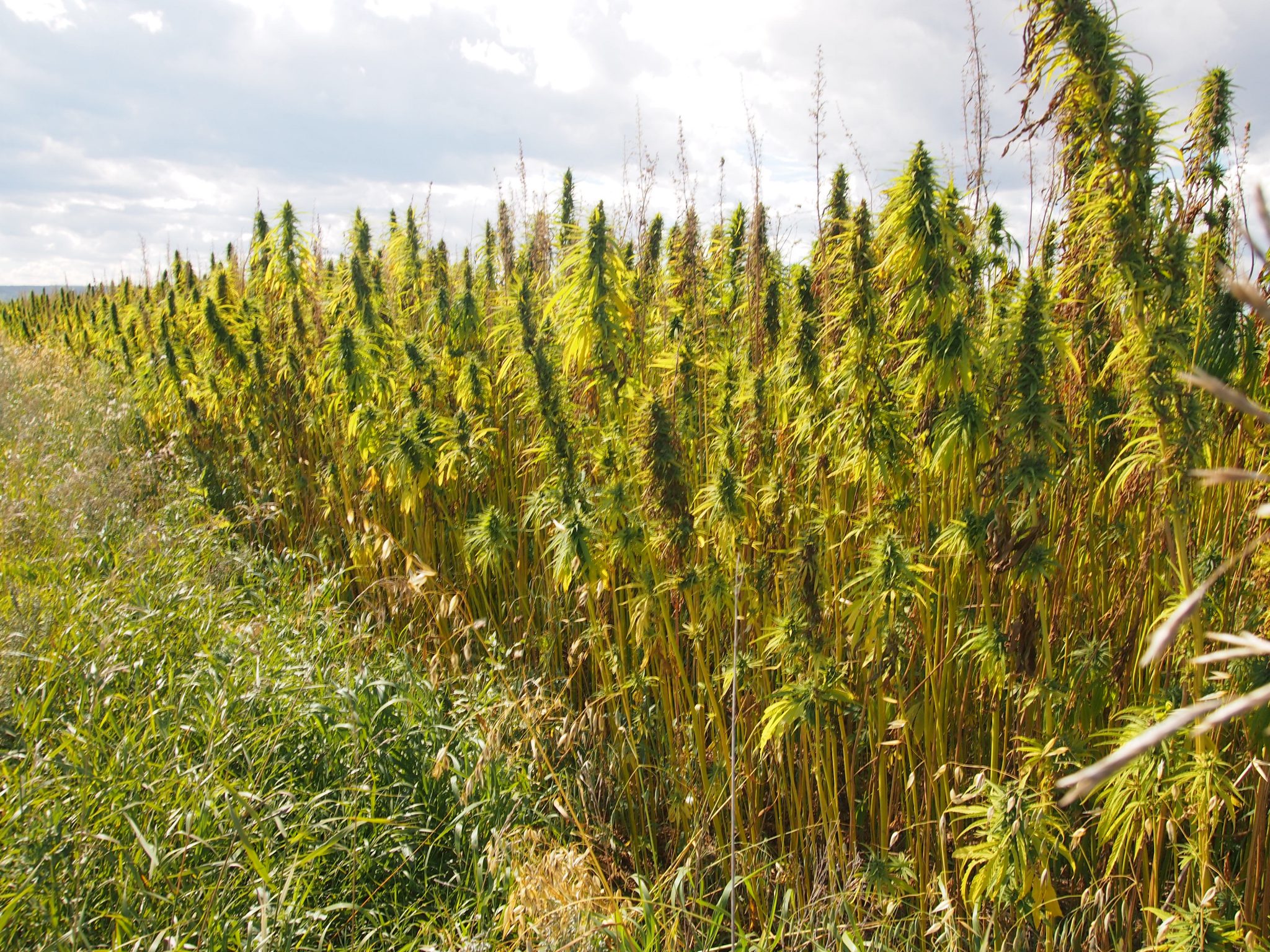 The Hemp plant has always been the target of haters. Sure cannabis has gained its share of enemies, but it all started with hemp. Sound crazy? Not if you follow the money, man. Practically since its discovery hemp threatened the captains of industry from paper, to cloth, to oil.

Hemp plants make better quality paper than trees. Plus hemp plants grow much more quickly. So if you’re into making money by transforming trees into paper like William Randolf Hearst, hemp might be a threat. Maybe you make your cash making cotton-based clothes? Well hemp makes much stronger and much longer-lasting clothing—so you just might see hemp as a threat. Hemp also makes a better quality of oil from a quickly renewable resource. So if you make your money off oil—or war, or sickening people, farms and pets…well you get the drift.

Hemp is one of the oldest domesticated crops ever. It’s not only been used for paper, cloth and oil, but myriad products and for thousands of years. In fact, the Columbia History of the World states that the oldest relic of human industry is a scrap of hemp fabric dating back to about 8,000 BC. There are many different varieties of the cannabis plant and hemp, also called industrial hemp, refers to the a variety of non-psychoactive Cannabis Sativa L. That means both hemp and marijuana come from the same cannabis species, but are genetically distinct and are further distinguished by use, chemical makeup, and cultivation methods.

Is hemp marijuana? Of course not, dude. That’s why hemp and marijuana have their own names. According to a 1976 study on the hemp plant published by the International Association of Plant Taxonomy “both hemp varieties and marijuana varieties are of the same genus, Cannabis, and the same species, Cannabis Sativa. But whether you call it a hemp plant or a weed plant depends on how the plant is grown and why it was bred. The term cannabis, pot or a million other weed terms, are commonly used when describing a Cannabis Sativa plant that’s bred to get someone stoned. The goal here is to create a marijuana plant with as many potent, resinous glands, or trichomes, and terpenes as possible. Trichomes contain high amounts of tetrahydrocannabinol (THC), the cannabinoid most known for its psychoactive properties and terpenes are flavor country, man.

Hemp is used to describe a Cannabis Sativa plant that contains only trace amounts of THC. In fact industrial hemp usually contains less than 0.3% THC. That’s why hemp is legal to sell, buy, consume and transport. Hemp plants typically grow taller than marijuana plants and of course won’t get you stoned. Hemp plants are typically bred for industrial products like oils, fiber, food and much more.

Industrial hemp plants are used for everything from cordage including hemp rope, hemp paper, hemp string and hemp twine to entire cars. It’s true, dude, Henry Ford once made an entire car from help. Of course you know a hemp plant can be transformed into hemp paper, but did you know it can also be made into food? Dude, hemp seed is super healthy that’s why you see it in everything that’s good for you at the grocery store. Sometimes you’ll see shelled hemp seed called Hemp Hearts

Eating hemp hearts or hemp seeds can help lower blood pressure and cholesterol, accelerate weight loss, improve the immune system, control blood sugar and even reduce inflammation. That’s because hemp, next to soy, contains more protein than any other food. Plus hemp seed protein is much easier to digest than soy protein. That’s why you see it in everything from hemp seed spreads, hemp seed energy bars, hemp seed meal, and a variety of hemp oil food products.

The concept of using oil derived from vegetables as an engine fuel is nothing new. In 1895 Dr. Rudolf Diesel developed the first diesel engine to run on vegetable oil. Luckily a hemp plant can be harnessed to provide two basic types of fuel you can use in an engine. The first is Hemp biodiesel. it’s made from the oil of the pressed hemp seed. The other fuel is hemp ethanol or methanol which is made from the fermented stalk of the hemp plant.

Simpson claims that his famous Rick Simpson oil can treat all forms of disease and conditions. But you have to eat it, man—you can’t roll a joint with it or drop it in your vape pen. But get this? When used as a topical Simpson says hemp oil can control or even cure various skin conditions such as melanomas.

Why is Hemp Illegal?

Dude, you know this. It’s weed 101, man. Remember the dreaded Marijuana Tax Act of 1937? It strictly regulated the cultivation and sale of all cannabis varieties—hemp included. Then the much-hated Controlled Substances Act of 1970 came along and classified all forms of cannabis, including hemp, as a Schedule I drug. But times are a changing and the 2014 US Farm Bill was passed. It allows states that have passed their own industrial hemp legislation to grow industrial hemp for purposes of research and development. Several states such as Kentucky, Colorado, and Oregon are already conducting hemp pilot projects. Many other states are also pursuing similar legislation and programs. And in January 2015 The Industrial Hemp Farming Act (H.R. 525 and S. 134) was introduced in the House and Senate. If passed it would remove all federal restrictions on the cultivation of industrial hemp. It would also remove hemp’s classification as a Schedule I controlled substance.

Anyhow, once the federal prohibition of hemp is finally repealed the world’s oldest domesticated crop will once again be available to serve all of mankind like intended. Have a favorite use for hemp or a favorite hemp product? Let us know in the comments below…