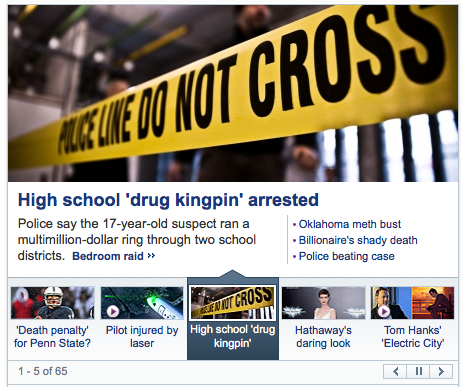 A couple days ago ABC News ran a sensational story with the ridiculously misleading headline: Ohio High School Kingpin Arrested in Major Drug Bust. The facts of the report didn’t quite add up to the headline, making it clearly another obvious attempt by the lamestream media to scare the masses into believing that once again marijuana is to blame and not the destructive archaic prohibition laws that make average citizens criminals and real drug king pins aka Mexican cartels multi-billions of dollars.

The report starts with “police have arrested an alleged drug kingpin, a 17-year-old accused of running a multimillion dollar ring that distributed high-grade marijuana through two school districts and netted $20,000 a month.”And also according to the report, “when cops raided the boy’s bedroom at his parents’ home, they found over $6,000 in cash, prosecutors said.”

Uhm, $6,000 in cash? That’s it? We knew something didn’t quite add up. Where’s the multimillions of dollars resulting from this “multimillion dollar drug ring?” This kid must keep his “millions” in an offshore account like Mitt Romney, right? 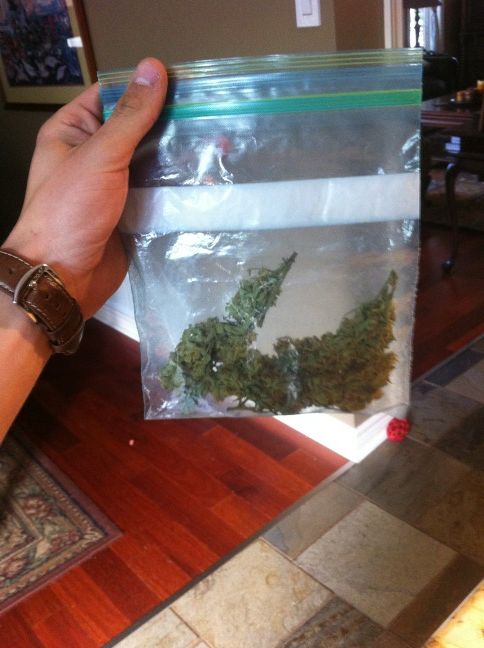 If this operation really did net $20,000 a month it would take this teenage “drug kingpin” more than 4 years to make just a single million. To be accurate, ABC’s lead-in sentence says “multimillion”, so they’re claiming he made more than a million. So you’d have to at least double those four years and well…this means ABC’s kingpin would have had to of started his operation at eight years old. Ridiculous. And besides, what kind of drug kingpin possesses only $6,000 in cash and no drugs?

The article goes on to point out “The marijuana previously sold in the areas was a lower-grade variety smuggled into the U.S. through the border, but the weed they began seeing last year was a much more expensive product.”

So authorities admit there was marijuana being brought in by foreign drug lords, and they bust the local guy? Then enable those foreign drug lords to move back in and take control again? Brilliant! This kid starts a profitable business at the age of 16. An enterprise that, as the story points out employed at least six people, and he’s being punished? In California he would be heralded as a job-creator, a young entrepreneur! But, no. Here’ an enthusiastic young person who actually paid attention in economics class, starts a successful business that brings jobs back to America, takes market share away from Mexican drug cartels and reduces their reach, hires our citizens and supplies a superior product. And for his reward? He gets punished. In the meantime, Wall Street Kingpins who stole 2 trillion dollars from US citizens are still being rewarded with multi-million dollar bonuses? Life is so unfair.