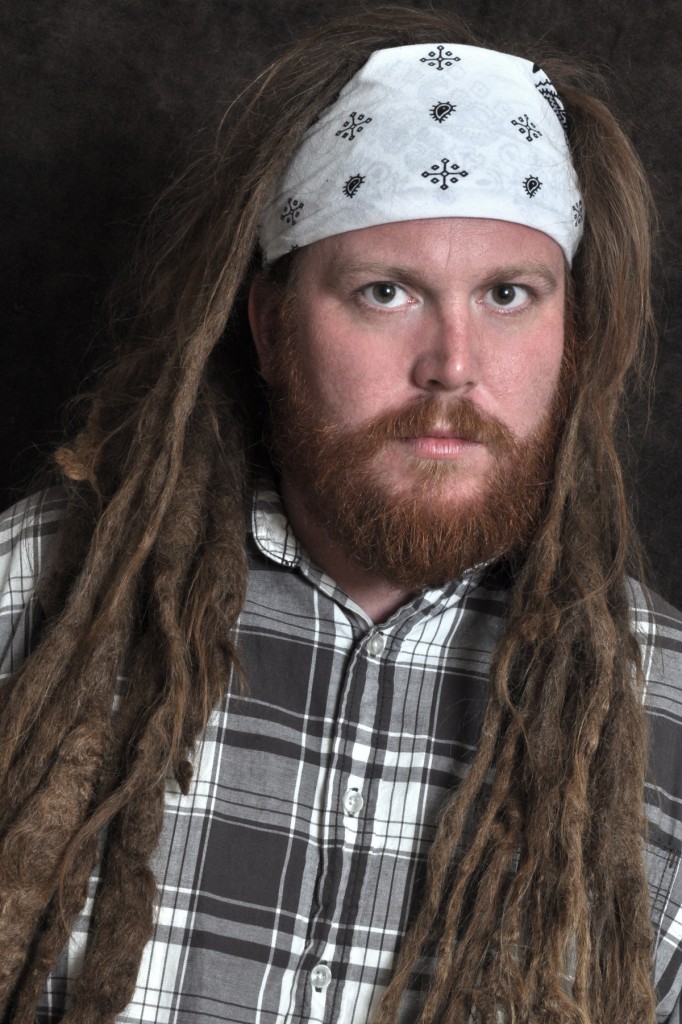 So we got a chance to chat up Stone Soul Foundation’s singer Sean Muldoon. Formed in ’02 this blues influenced stoner rock band from the city of Auburn, near the CNY area, has played hundred of east coast gigs, including gigs with Grand Funk’s Mark Farner, Mountain, and girl bands like Warrant and LA Guns. A few beers, eh uh…we mean years back their first official full length recording, “Into The Flames” picked up a ton of airplay and was heralded in the Syracuse area as “best rock recording” earnin’ ‘em this thing called a  “Sammy Award”. Stone Soul Foundation’s currently working on their second full-length release, but have been too stoned to decide upon a name.

STUFF STONERS LIKE: Who keeps dropping the letter “d” in your name, man? Aren’t you guys like called the STONED Soul Foundation?

Sean Muldoon: We’re from Auburn NY via the 11th dimension squared. Yes that is our name but the D won’t fit on the album cover.

STUFF STONERS LIKE: Eleventh dimension squared, you say, eh? That sounds hella far away, dude. And, a lot like math. But, c’mon, man you’d probably sell more records, if you were the STONED Soul Foundation, don’t ya think?

Sean Muldoon: What are records?

STUFF STONERS LIKE: You don’t know what records are, dude? You must be stoned., bWe’re not talkin’ ‘bout dental or medical records, dude…we’re talking about those vinyl things that we’re around during the olden days, like when the Beatles and the Rolling Stones ruled the roost. Hey, don’t you think the Rolling Stones would be cooler if they were named Rolling Stoned? Or maybe the Rolling Stoners? 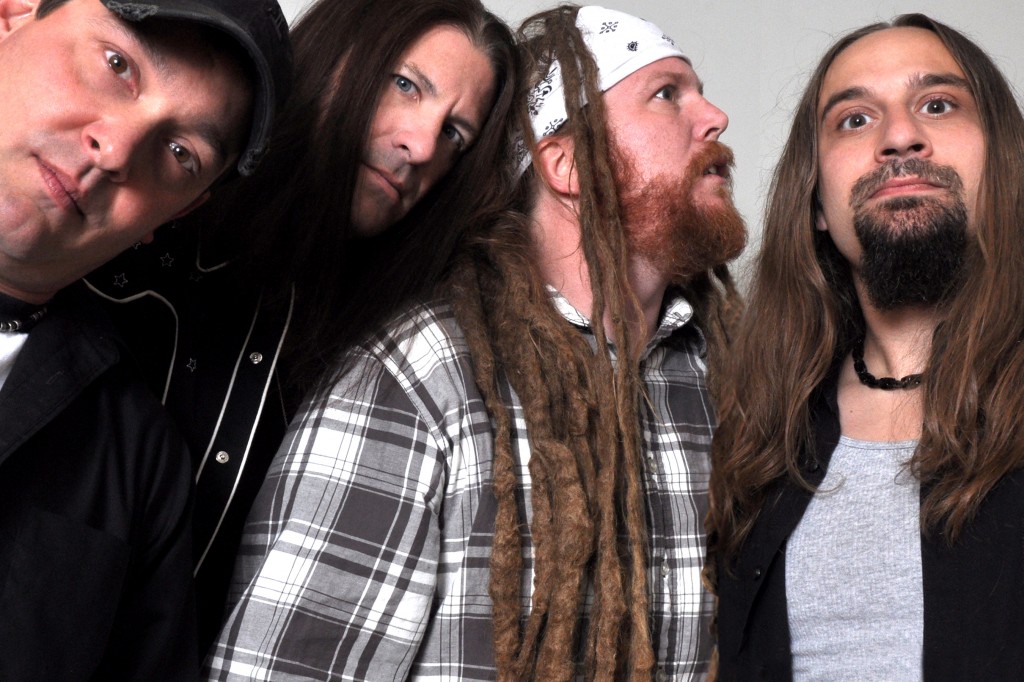 STUFF STONERS LIKE: He’s definitely cool, enough. You know, STUFF STONERS LIKE is Keith Richard’s favorite WEED Blog? But, seriously, though, who doesn’t dig vinyl records, dude? They’re all big and stuff and have lots of great pictures and artwork on them. And, if you steal them, they’re hella cheap, dude. But the real reason we love ‘em is because they’re great for bustin’ up yo weed on ‘em.  So like our fave record/rolling tray is Kiss Alive or that Sabbath’s We Sold Our Soul gatefold cover. What’s you favorite album to bust up weed up on?

Sean Muldoon: Olivia Newton John’s “Xananadu” There are some pretty creepy subliminal messages on that record! And my second choice is Iron Butterfly’s “In a Gadda Da Vida” mainly cause it takes seventeen minutes to break up the weed.

STUFF STONERS LIKE: Xananadu? Xananadu, dude? Well, that explains how you were able to tolerate LA Guns and Warrant. But, subliminal messages dude, (SMOKE WEED) we thought (SMOKE WEED) that stuff (SMOKE WEED) was reserved for devil worshiping bands like AC/DC and Judas Priest and King Diamond and all those other wonderful satanic bands?

STUFF STONERS LIKE: So check it out, we always thought STONER rock shouldn’t be on records, man…that shit’s perfect for 8track…because the 8track ruled the muscle car world and nothing sounds better when you’re flying down the highway in a 72 Charger than vintage 8track…if you were to release an 8 track…what car would be most fitting to hear it in? Sean Muldoon: A Gremlin customized with a big block.

STUFF STONERS LIKE: So uh, you admit to diggin’ Olivia Newton John and outta all the cars in the world  you compare your band to a Gremlin? It’s your funeral, dude.

Sean Muldoon: Straight people like it better cause it gets them high without failing a piss test. 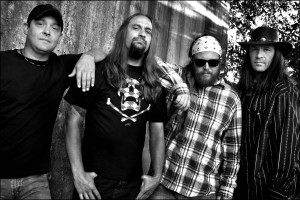 Sean Muldoon: Rock music that cannot be played unless the bong has been located and fully packed with quality thunder brush.

STUFF STONERS LIKE: A lot of our readers are STONERS but they’re not into rock…how do you connect the dots for ‘em, man?

STUFF STONERS LIKE: Smoke to anything. We definitely heard that. But, does STONER rock sound better when you’re STONED?

Sean Muldoon: No it’s just slower and longer. I wouldn’t suggest cooking anything in the oven during a stoner rock smoke session. I’ve been through two apartments already because of this indiscretion. STUFF STONERS LIKE: Do you think people who are STONED enjoy music more? So someone like Rick Santorum probably hates music…you’d think? Oh and by the way…familiar with the definition of “Santorum”.

Sean Muldoon: Yes, they do it’s scientifically proven. Rick probably doesn’t listen to music, only the sound of his wife verbally emasculating him at the dinner table. I don’t know what Santorum means, but my girlfriend says she does. She won’t tell me what it means. Is it a frothy beverage of some sort?

STUFF STONERS LIKE: Yes…yes it is frothy and it is sort of a liquid…why don’t you Google it? So, uhm, Tax and Regulate or FREE WEED for erybody?

Sean Muldoon: Property owners should be able to grow and consume whatever they want on their land without any government intervention whatsoever.

STUFF STONERS LIKE: How do you feel about Coldplay?

STUFF STONERS LIKE: Is outdoor WEED the new Schwag?

Sean Muldoon: Not if you live in the northeast like us. 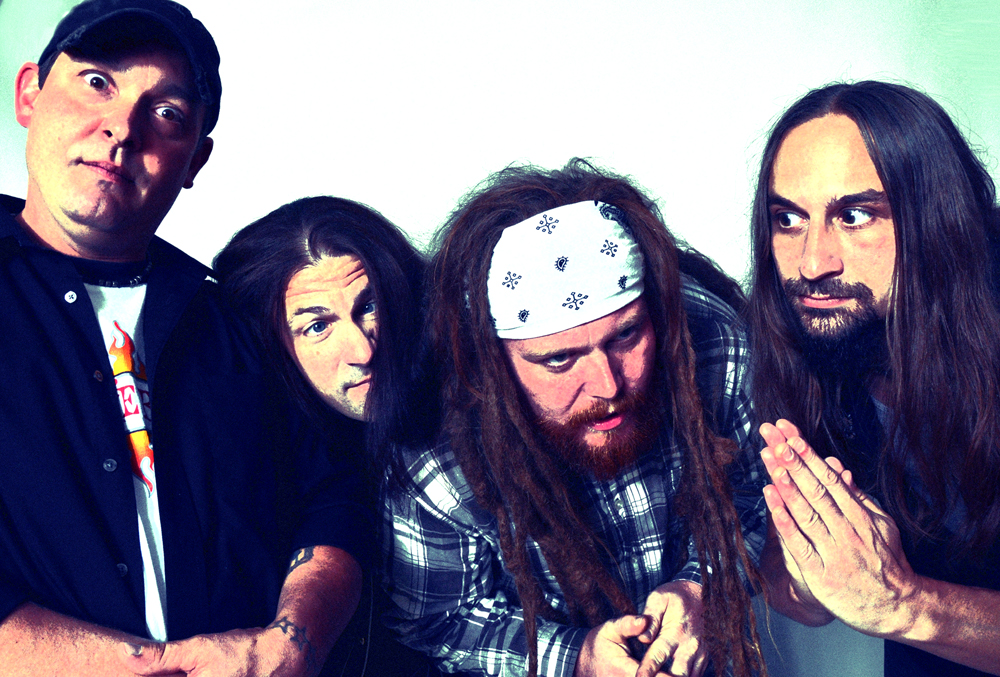 STUFF STONERS LIKE: Have you ever found a chicken foot or a bottle cap in a bag of weed from Mexico?

Sean Muldoon: I can’t remember I haven’t smoked Mexican brick since I was a toddler.

STUFF STONERS LIKE: Duct Tape is a touring musicians’ best friend, they say, but we say it makes a lousy roach clip. Any better ideas?

STUFF STONERS LIKE: NWA sang FUCK THE POLICE…but it’s STING who we really can’t stand…maybe we could pay you to update their song to FUCK THE POLICE, ESPECIALLY STING. How much weed would you charge?

Sean Muldoon: I think Sting’s ok. He likes his DMT.

STUFF STONERS LIKE: If you were in the same room as Bono…how many bong hits would you need in order to NOT punch him in the face?

Sean Muldoon: I hear he’s a whiskey binger and a mean drunk at that. I also heard he’s liable to kick you it the nuts when your not looking. I’ll stay away from Bono. Violence isn’t my style anyway, unless someone tries to cop my stash.

STUFF STONERS LIKE: Okay, we’ll accept that. Moving on…

STUFF STONERS LIKE: If you had to cover a Beatles song…what would it be?

Sean Muldoon: “I Wanna Hold Your Hand” in a slow doom metal style.

And that concludes the lightning round, dude. Nicely done.

STUFF STONERS LIKE: So, uhm do people actually play the guitar better when they’re STONED or do they just think they do?

Sean Muldoon: The music from the 60’s and 70’s is a testament to the benefits of weed smoke and guitar playing.

STUFF STONERS LIKE: Right? WTF happened to good guitar music nowadays. So, man…do fans usually smoke you out or is it the other way around?

Sean Muldoon: It is a karmic circle.

STUFF STONERS LIKE: So you guys gig all up and down the East Coast. So where’s the best WEED?

Sean Muldoon: Ithaca NY is consistently fire grade. Stone Soul Foundation will be heading to Cali in March, I’ll have to compare. Hopefully we can get a gig in western Canada.

STUFF STONERS LIKE: In between sound check and the time you actually play…there’s like a ton of time to waste, right? Is that the best time to score WEED?

Sean Muldoon: You don’t leave anything to chance everything is worked out so we can concentrate on playing our instruments correctly. Also, when you already have the weed you’re not looking for it, right?

STUFF STONERS LIKE: Good point, good point. So tell us…you guys are purposely gonna be on Discovery’s Hillbilly Hand Fishing, eh? Just how STONED does someone have to be to do that shit?

Sean Muldoon: If we had gotten stoned before the fishing expedition we would have been swept away by the river’s current or bitten by a snake. I had to opt for a post fishing celebratory smoke session. Though, I must have been high out of my mind when I signed the contract to appear on the show! Oh and the show airs February 26 at 8pm est.

STUFF STONERS LIKE: WORD! And, danks for the interview. We dig you and yer band.