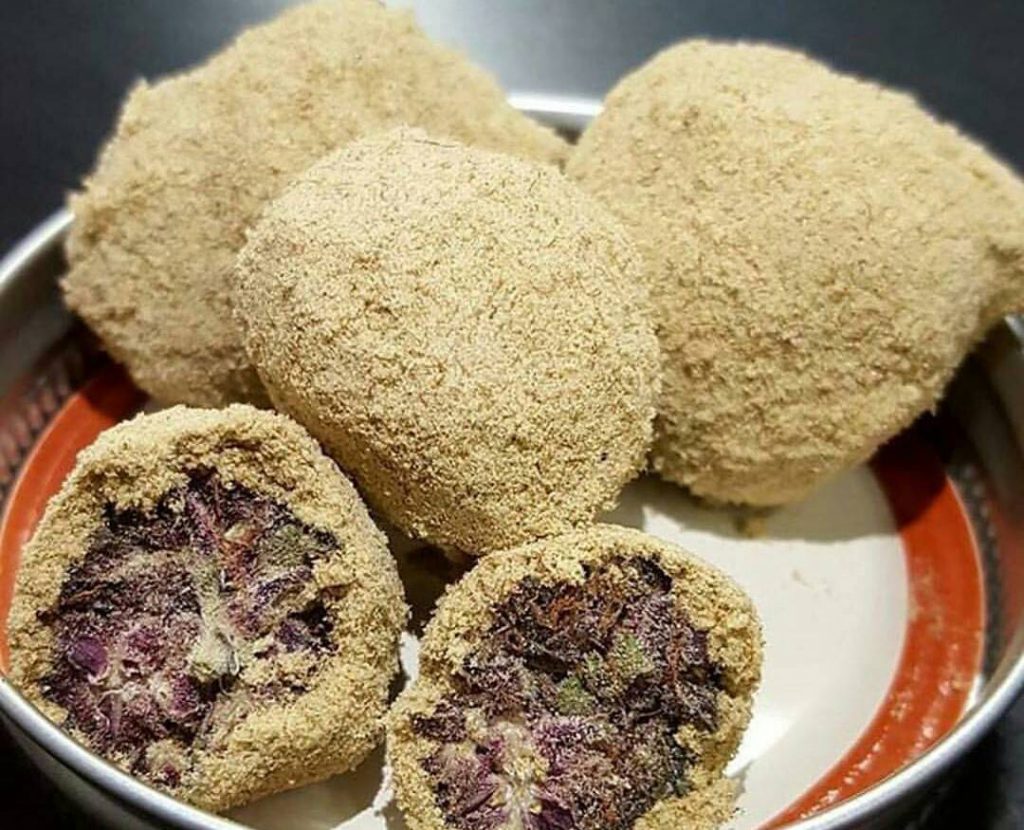 Are moon rocks the most potent weed ever?

Moon rock weed might just be the strongest weed ever created. what are moon rocks? You might hear people refer to ‘em as the caviar of cannabis. No they’re not a strain or a concentrate that you’d plop in a vape pen. Relatively new on the scene and not too difficult to get in pro-pot states moon rocks are basically a really nice bud covered in hash oil and rolled in kief. For now it really doesn’t get much better than moon rock weed, talk about stuff stoners like, right?

When it comes to potency compared to a moon rock weed on its own just doesn’t hold a compare. First of all since the beginning of smoking weed stoners have always wanted stronger more potent marijuana. So they started combining different strains genetically—we’re talking allowing male marijuana plants to fertilize female plants to create super potent plants.

Focusing on potency, however, is one reason why CBD, the stuff in weed that doesn’t get you high—in fact it counteracts marijuana high— isn’t so common. For medical purposes it’s on the rise, however. It’s also one reason why good-tasting weed wasn’t at the forefront of development either. But all that’s a story for a different day.

The approach to making moon rocks and the reason for making ‘em really doesn’t differ all that much from what stoners originally intended—create a delicious strain that’ll deliver a super-potent high. But as much as these things are revered for their potency they’re also celebrate for their flavor. So you can expect a little moon rock weed nug to be as tasty as it is potent. That’s the whole point—flavor and potent.

Moon rocks are the difference between a scoop of vanilla ice cream and a hot fudge sundae. Sure vanilla ice cream is tasty. On a hot day that shit’ll hit the spot. But what’s better is sweet vanilla ice cream covered in rich, velvety dark fudge and covered with perfectly-toasted slivered almonds and topped with whipped cream and a cherry. Sounds divine, right? (especially if you’re stoned right now) which would you rather have, dude? Plain or bud or some heavenly moonrocks? No brainier, right? 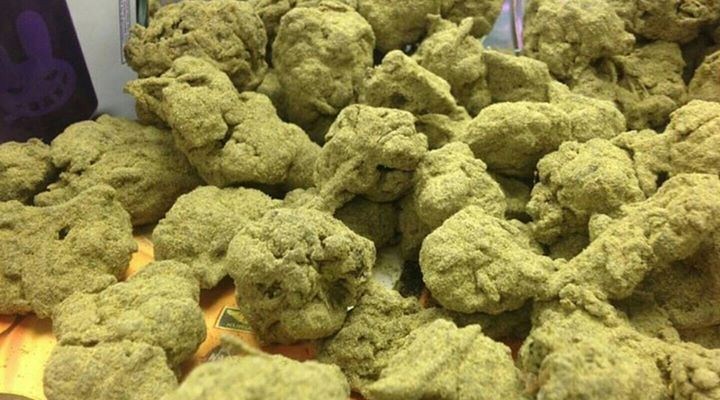 What we’re trying to convey here by talking about ice cream is that sure little heavenly balls of moon rock weed are strong, but they’re tasty—you know for those of us who like to indulge. Compared to vaping some distillate that can have a THC content in the 90 percentile. Stuff like Space Dust clocks in at 99% THC-A. So there’s stuff out there that’ll get you much higher because it contains a higher concentrations of THC.

But potency alone is not why stoners are digging on moon rock weed. It’s about more than potency alone. Potency is great and all but stoners are digging these little space balls for their decadence. Maybe for some of their therapeutic properties—we’re not gonna lie. Speaking directly about potency though how you react to smoking some moon rocks is really dependent on your tolerance. Because at the core each moon rock bud is unique like a snowflake. It’s coated in oil that’s also created from buds that are all filled with unique cannabinoids all unique like individuals and individual snowflakes—then they’re rolled in kief all derived from bud with unique cannabinoid profiles.—like snowflakes. Okay enough with the snowflake shit. Just be aware that these things are potent mainly because of the entourage effect.

Moon rock weed and its entourage

What? You’ve never heard of the entourage effect? We know were talking about moon rocks here but this is important—so stay with us. It totally relates. It basically means that all the different compounds in weed work together synergistically to create their unique effect on the body. For a more science book explanation we’ll turn to the interwebs. “Entourage effect is a phrase that was introduced in cannabinoid science in 1998 by S. Ben-Shabat, with Raphael Mechoulam, to represent a novel endogenous cannabinoid molecular regulation route. Biological activity assayed together with inactive compounds.” How’s that relate to moon rock weed? Well those little bits of heaven are the epitome of the entourage effect. There just a compound of compounds.

Most potent may be least accurate

So in the end these things really aren’t weed. It’s good weed coated in other good stuff that’ll get you good and high. So you can’t really say that it’s the strongest weed or strain because it doesn’t fall into either one of these categories. But it is potent and it is probably the strongest thing out there when it comes to considering the entourage effect that cannabis delivers.

What do you think about these things? Have you ever tried them? Do you think they’re the strongest weed yet? Let us know your thought in the comments section below. For more information and to make your own moon rocks check out our post Moon Rocks Weed are Stuff Stoners Like Here’s How to Make Them.