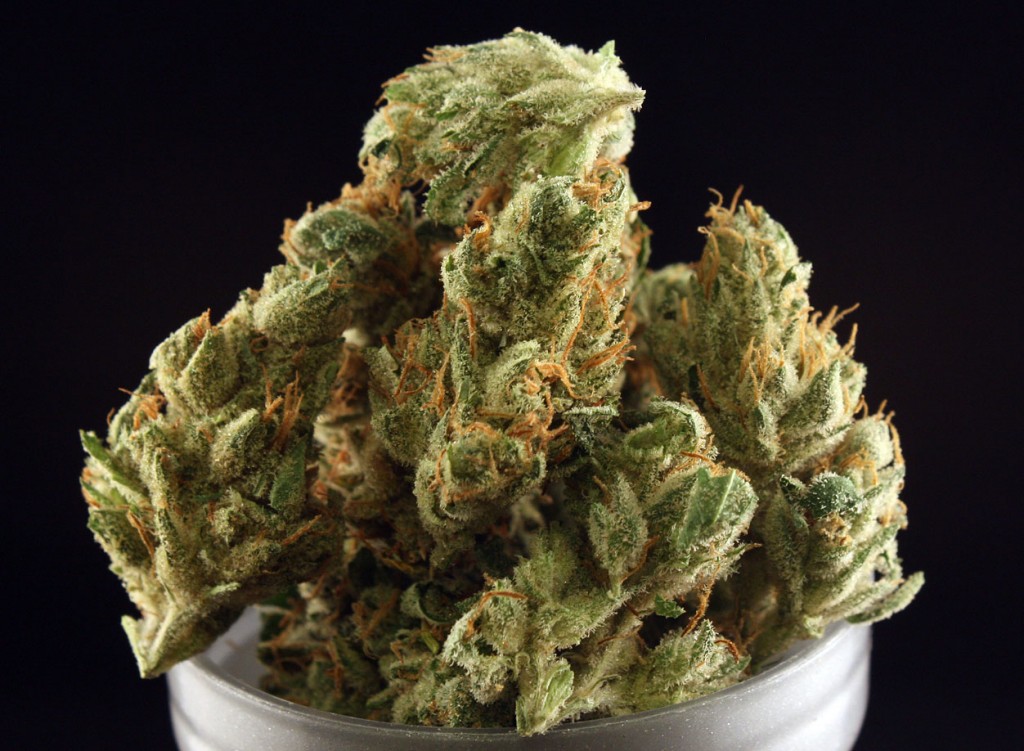 Appearance and Feel: This bud looks like some serious fire. Beautiful light green calyx covered in trichome growth. The dark green leaves are cool looking in contrast to all the bright trichomes. The buds are moderately dense and so fucking sticky to the touch. The pistils are a lighter brown color.

Smell: As soon as you crack the jar open you can smell the fire. It’s got pungent earthy skunky goodness written all over it. Go a little deeper and crack a bud open, then go even further down the rabbit hole by tossing the OG Chem in a grinder. Give that a sniff and tell me you aren’t smiling.

You probably aren’t, because you’re reading about me doing this, rather than doing it yourself. Mine 3.5 grams didn’t really have the diesel aroma I keep seeing described online, but the buds do have a lovely pungent smell.

Flavor: I’m definitely getting some diesel hints out of the bong. There’s more of a skunky full body smoke flavor on the inhale, with a lot of that piney normal good ass weed taste on the exhale. Mixed with a spliff the OG Chem shines bright. Of course pipe rips and joints are nice also.

Top 10 Stoner Quotes
Looking for a Dispensary Near Me?

How to Make the BEST Weed Brownies Ever
Does Weed Go Bad Over Time?

Overall: As it was stated on another website, the OG Chem is straight meat—no vegetarians need apply. This is definitely some high power fire. New smokers, as always with a strain that tests over 20%, and even more so with a strain that is coming in at right under 30% THCA. Of course that means you aren’t going to fully decarboxylate all the THCA into THC when you smoke it, so the true level is going to be a little less than that. But still, this is some damn fine stuff stoners like.