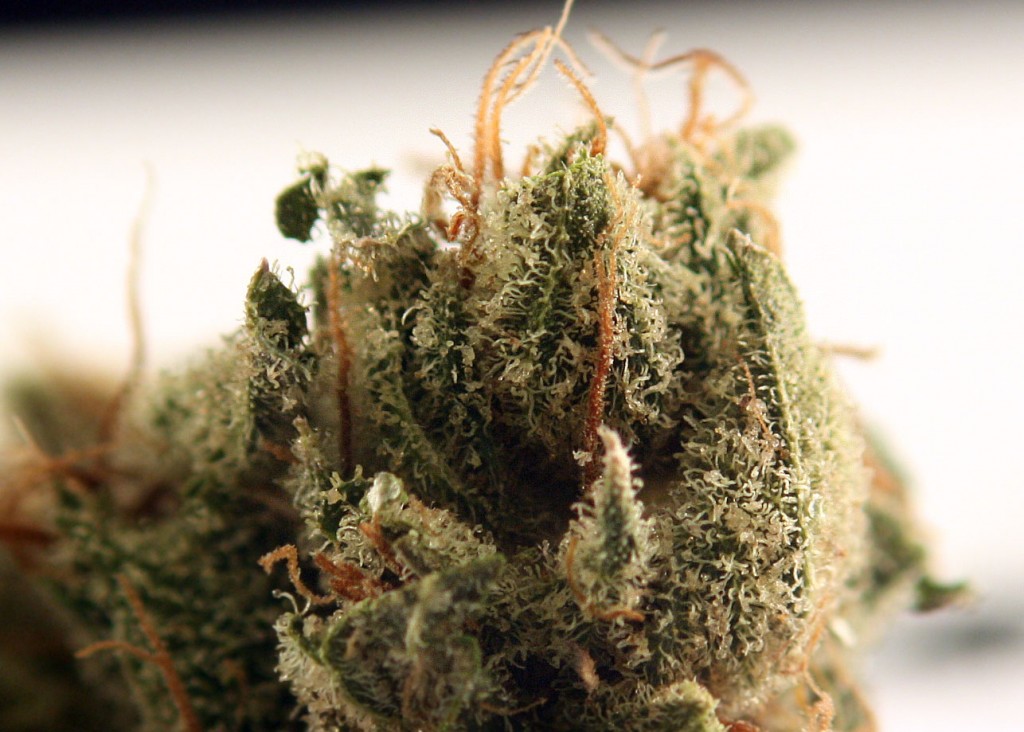 Genetics: Chemdawg X Hindu Kush X Lemon Thai
As always, there is some great internet lore around the origins of this popular west coast strain. The most coherent of which is what I found on Seedfinder. It lists two different stories about the origin of the mighty OG Kush strain, the longer of the two says:

In late ’93 John from Grass Valley Ca. got the Chem Dog cut. He shared it with me, Jerry(cowboy) from Dibble Creek Ca. and Harold(Putz) from Sunset Beach Ca. Putz had a male he called the secret ingredient. It was a cross of Lemon Thai and an Old World Paki Kush. Putz bred the secret ingredient to the Chem Dog. The buds that came out of this cross were going around So. L.A. county in ’95. Someone told Putz that Kush must be so good because it was mountain grown. Putz laughed and told him “this Kush is Ocean Grown Kush bro”.

The tag stuck and it became known as OG Kush. In the spring of ’96 Putz married a girl from New Zealand. Before moving there he sent cuts of his OG to me and Bob(beans) in Salinas Ca. He gave all his P1 stock and all the remaining seed he had to Mike(mad dog) from Downey Ca. In late ’96 Mike sold some seed to some guys in the Valley. That’s where the San Fernando Valley cut of OG comes from. It’s like the Original only more sat in pheno type. Mike sold a cut of the original to a guy in Orange county and that cut is called Larry today. It’s still around Orange county. Mike sent one other cut of the original OG to a breeder in Europe. As far as I know he never let anyone else have it.

Of course it goes on from there, then goes on to detail the various cuts that can be found in the wild. A cut for each day of the week as they say.

Appearance and Feels: This OG Kush is a little less dense, but quite sticky and spongy. The trichome coverage is a nice light blanket over the top of long straggly dark orange pistils. Not a super great calyx to leaf ratio, but that’s the OG Kush for you. As you can see from the pictures it’s definitely some beautiful looking cannabis.
Smell: This one is more spicy than the other OG Kush I’ve smoked, which is a pleasant surprise. If you keep up with my reviews you’ll know that generally I’m not a huge kush fan. In fact, the last OG Kush I reviewed got a 6.

Looking for a dispensary near me?
Here’s How to Make a Bong

Granted this one is much better, and I attribute that to mean it has a particularly interesting terpene profile. I can’t quite put my finger on it, but this phenotype has an exceptionally strong body, quite pungent, but I can’t say exactly what I’m smelling.

Flavor: Damn this is some serious fire in the bong. A medium size pull fills your mouth instantly with a thick full pungent earthy taste with an immediate piney spice on the exhale. Go too far and it’ll definitely give you a solid biting kick in the throat.

It’s kind of like what I hear people say about scotch or some other “fine” alcoholic beverage that’s been aged and shit. It’s got a kick, but boy is it worth it. Much like all these Kush strains, it’s great in a spliff as the Danish Export masks or compliments the tone.

High: For a just over 20% strain, I found this one to be a little on the mellow side. Of course if you smoke enough of it you’ll definitely get there, but I think for the newer smokers and stoners among us, this is an exceptional OG Kush to get yourself acquainted with the family.

Overall: An OG Kush for all the OG Kush fans out there, complete with a great taste, less filling attitude. It looks killer and smells like you could light it on fire. So fuck it, light it on fire, blaze one for the nation and drop me a comment on how you liked it. I thought it was some damn fine smoke.