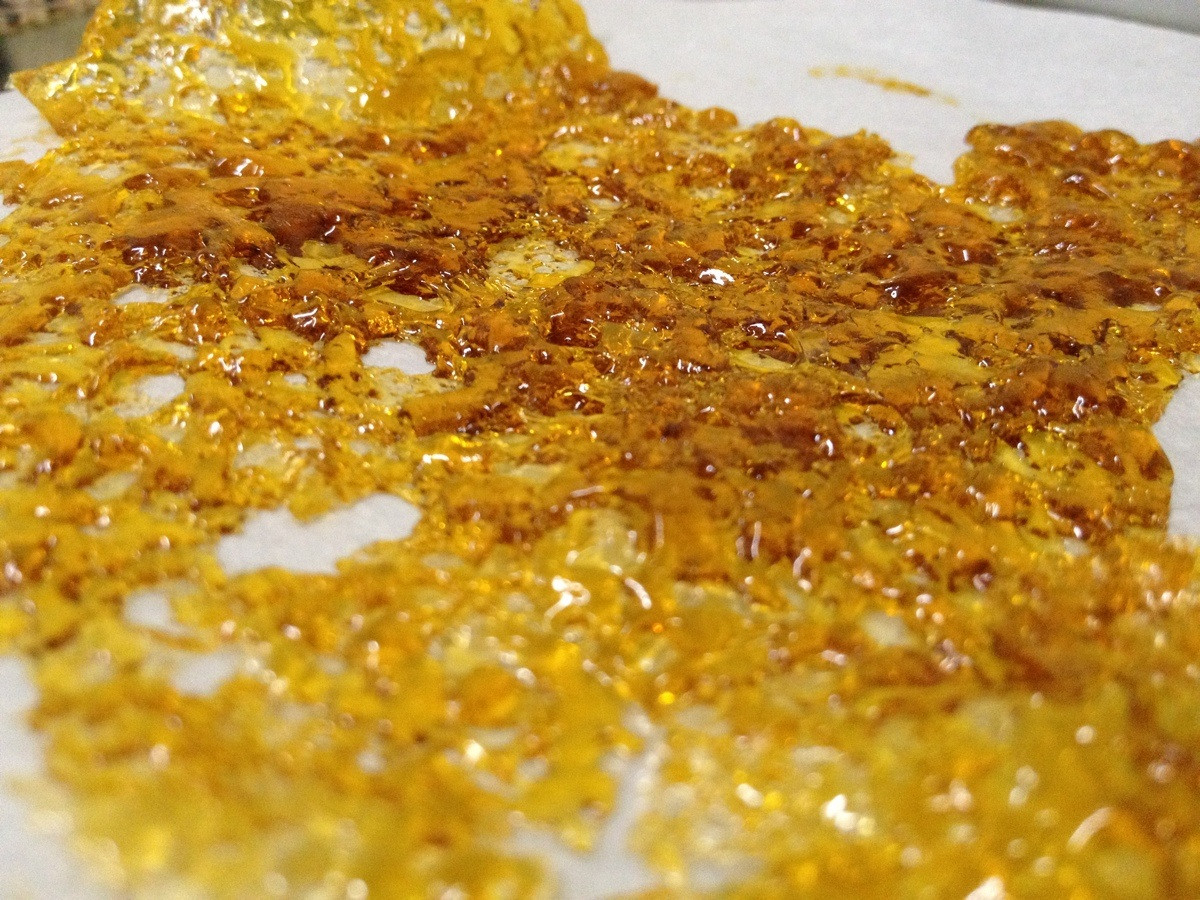 Shatter rocks. No matter what you call it, shatter wax, shatter weed, shatter hash, shatter thc, shatter is stuff stoners like. But what is shatter exactly and how is it made? Don’t worry, dude, that’s what we’re here for, man. In this post we’ll not only give you a shatter definition we’ll explain how to make it and how to enjoy it.

Shatter, like crumble, sugar wax, snap and pull, and wax are all cannabis extracts that are named after their texture. BHO and CO2 oil are also extractions named for the way they’re made and their look and feel. Anyhow shatter has a glass-like texture that breaks apart, or shatters, like glass when pressure is applied. And like glass, shatter will liquefy at the right temperature. Keep in mind that cannabis contains hundreds of different medicinal compounds—everything from cannabinoids like THC, CBD and CBG to the molecules responsible for taste and aroma like terpenes. The pure taste and strong aroma is probably the single characteristic about shatter that most stoners dig the most. That’s because shatter typically contains a greater amount of terpenes than other extracts, like hash or BHO. When making shatter terpenes are retained in the extract during the purging phase by using little to no heat and curing under vacuum for several days.

According to our friend Dabby, the lead scientist at an actual legal dab lab located in Washington State, “What most fans don’t realize (or want to admit) is that these particular types of extract are also still loaded with Butane. The low heat, long vacuum purge that retains those terpenes so well also retains the hydrocarbons that were used for extraction. Many delicious terpenes have the similar boiling points as those hydrocarbons. You can’t get rid of one without losing the other.”

Dabby also tells us that the texture of shatter wax is unique to decarboxylated material. What is decarboxylation? Decarboxylation is the process of adding heat to cannabis allowing the contained non-psychoactive THCA or to transform into the high-inducing THC. Decarboxylation will occur as the marijuana dries as well—this is why it’s some important to properly dry and cure your homegrown weed. Anyhow an analysis of shatter reveals a high ratio of THCA to THC along with all those tasty terps.

Like we said no matter what you call it, from weed shatter to shatter weed, its big fat flavor and even bigger amounts of THC is why shatter is such stuff stoners like and why it’s showing up everywhere nowadays.

Have you ever done any shatter smoking? Or have any tips on making shatter? Let us know in the comments section below.