Did you know that there are exactly 420 chemicals found in marijuana? Or, did you know that some group of hippy dippy teeny-boppers back in 1971 at some San Rafael High school would meet after school at 4:20 p.m. to smoke up some weed near some Louis Pasteur statue? Or maybe you heard that some avid fans of The Grateful Dead would get all stoned at 4:20 each and every day. Eh, maybe that’s all just bullshit! But, who really knows exactly why 420 is so important to stoners anyhow, and, well…who the hell cares, seems like smoking marijuana at any time of the day or year is a great idea if you ask us. 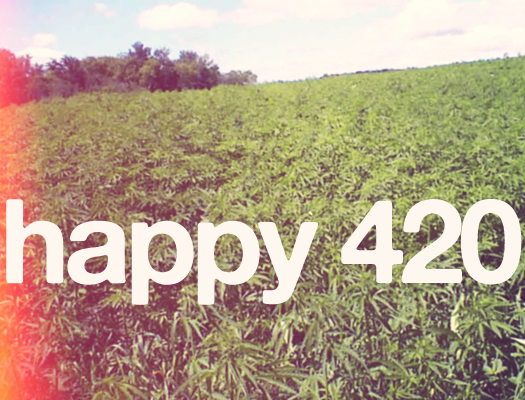 The smoke-some-weed-on-4/20 phenomenon has totally evolved into a full fledged modern counterculture holiday where people, stoners and non-stoners alike, sit hand in hand and side by side and consume cannabis. Yep, stoners consider April 20th a holiday. It’s like Thanksgiving or some shit for STONERS. Seems likely enough, right? Every little minority group needs their own holiday, so why shouldn’t smoking each other’s weed not be considered a holy day for stoners?