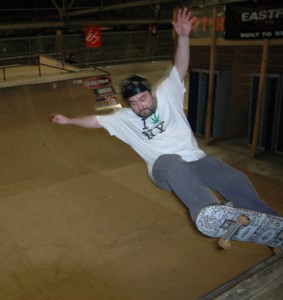 So if you were Danny Danko, not only would you have one of the most recognizable names in this whole weed game, you’d be a renowned writer, an expert joint-roller, obviously able to effortlessly rock a front-side smith on vert, a world-class photographer, possessor of a much-admired GREEN thumb, the Senior Cultivation Editor of the KING of WEED mags, High Times, would have already escaped a communist country, smoked thousands of spliffs, gotten stoned with reggae royalty, and penned many notable grow articles. You’d also be a successful author with a must-read book, The Official High Times Field Guide To Marijuana Strains, coming out this December. But, with such an obvious marijuana-related name like Danny Danko…what the hell else would you expect, right?

So STUFF STONERS LIKE couldn’t believe our luck when we were lucky enough to score a chance at chattin’ with the illustrious Danny Danko recently! So without any further adieu…we present to you…the exclusive STUFF STONERS LIKE interview with High Time magazine’s very own…Danny Danko!

STUFF STONERS LIKE: Wow, Danny Danko, that name sorta sounds like a name Frank Zappa would have given to one of his kids. You’re not related to Dweezil or Moon Unit are ya? What? We’re your parents like hippies or something? So uh, just how did you get this name; Danny Danko? 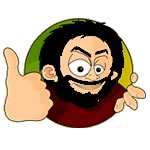 DANNY DANKO: “No, it came about as a “nom de plume”, or more accurately – a “nom de guerre” as Rick Cusick would remind me, partly as a tribute to Rick Danko from The Band and the movie Donnie Darko as a sort of play on words. My first name is Dan and I’ve always been known by several other nicknames as well. At some point it just stuck. I’ve always been into music, books and film and my older brother schooled me on all of those things at a pretty young age.”

STUFF STONERS LIKE: So, Danko, where’d ya grow up, man?

DANNY DANKO: “I was born in the Soviet Union in Leningrad now called St. Petersburg in Russia. My parents left communist persecution when I was 3 years old and we lived all over the United States (in New York City, Blacksburg Virginia and Houston Texas) before settling in the Boston Massachusetts area when I was twelve. I would say basically that I grew up in and around Boston.” 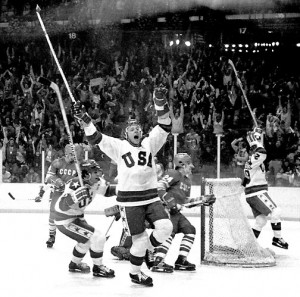 DANNY DANKO: This was a big bone of contention in my household. As I remember it, my dad and older brother firmly supported the CCCP while my mom and I rooted for the young USA team. I can remember my brother saying, “These brash Americans don’t play with finesse and good passing – they simply dump the puck and chase it around, making sure to cause a big noise, but without any style.”

When the USA won, I caused a big noise! My mom felt bad for the goalie that got pulled, Tretiak, many said he was the best of all time and could have easily stopped Eruzione’s shot. For me though, it was the first time I felt like a real American and not a “commie.” Sounds cheesy but whatever. Still can’t watch replays of it without getting chills. My brother said the Soviet players must have been drunk to lose, and later on I found out that over a hundred empty vodka bottles were found stashed all over their living quarters. Go figure, the Ruskies love the sauce…

STUFF STONERS LIKE: And, Russians love their hockey too dude, like Canadians and shit. So, uh…do strains like White Russian or Chernobyl have a special place in your heart?

DANNY DANKO: Haha! I do love both of those strains. One of the first I grew was White Widow, a close relative of the White Russian. People of a certain age might remember the White Widow craze of the mid-1990’s. I played a small role in that frenzy back then.

But, Russia’s famous for it’s ruderalis which is basically hemp plants with no THC. When my mom realized that what she knew as “kanapla” in Russian was the same plant as cannabis, she said, “This is what all the fuss is about?” In Russia they use it for everything in the villages. Clothing, rope, boil it into tea for medicinal use.

She told me that in the Russian translation The Tale of Genji, the first novel ever written by Japenese noblewoman Murasaki Shikibu around 1000 AD, only the most exalted in the Royal court were even allowed to wear hemp. It was reserved for those believed to be most holy. Later on, wars were fought over access to Russian hemp and some sailors refused to board boats with inferior ropes and sails.Plenty of hash comes through there on it’s way West from the ‘stans (Afghanistan, Uzbekistan, etc.) I should mention that they are growing good weed now in Russia too.

STUFF STONERS LIKE: Growin’ good herb in Russia nowadays, eh? Yep…growing WEED takes time to perfect. In fact, lots of things take practice to perfect, riding a bike, making an omelet, getting chicks pregnant…but to some, getting STONED comes naturally…how was it for you…did you need any practice or did you super HIGH yourself on your first hit? DANNY DANKO: “I took to it quite naturally. I can remember hearing Bob Marley sing, “Excuse me while I light my spliff” in Easy Skankin’ and that was that. The next time I had an opportunity, I was determined to make it happen. Since then I must have smoked thousands and thousands of spliffs. People sometimes say, “Does it ever get boring to be baked all the time?” and I assure them that I’ll let them know when it does.

STUFF STONERS LIKE: The word STONER isn’t in the dictionairy…actually we don’t even own a fucking dictionary…and obviously we can’t spell the damn word. Since you’re considered a foremost expert on WEED surely you can help  define it for us?

DANNY DANKO: “The way I would define stoner is someone who’s not afraid to wear it on their sleeve, meaning a pot consumer that cares enough about the issue to take it seriously at times. It’s fun to get high and I’ve had the best times of my life blazing with friends, but true stoners don’t hide in the closet and allow the injustice of cannabis prohibition to continue. If only all pot smokers were true stoners, the war on pot would end overnight.

STUFF STONERS LIKE: WORD! So, what the fuck do you think was in Marcellus Wallace’s suitcase?

DANNY DANKO: “Honestly, I think it was his soul. He wears a bandaid on his neck and that’s where they extracted it from. Plus it glows like nothing else that exists when they open it.”

STUFF STONERS LIKE: What’s your preferred method of smoking…you a joint guy…a bong, toke the vape? Does Danko do blunts?

DANNY DANKO: “I prefer joints above all. It’s the whole communal thing of sharing and passing. The only time I smoke blunts is if we’re interviewing a rapper or reggae artist and that’s all they smoke, although lately I’ve just been rolling my own joints during those sessions because I’m not a big fan of tobacco. Quitting tobacco is one of the best things a chronic smoker can do for their health. Gotta love the vaporizers too…” STUFF STONERS LIKE: We prefer the Framptom Comes Alives gatefold LP to bust-up our WEED on, not because it’s our fave record, but because every thrift store on the planet has thousands of ’em and we’re not trying to fuck up our copy of Electric LadyLand or We Sold Our Souls for Rock and Roll. So Danko, what’s your fave rolling tray?

DANNY DANKO: “There’s that one Bob Marley and the Wailers record cover with the rough burlap-type surface and they literally printed, “This record is great for cleaning herb” on it. Was it Rastaman Vibration? Yup. I wore that record out playing it and the record jacket out breaking up weed like they recommended.

STUFF STONERS LIKE: Explain the first time you were blown away by an overwhelming amount of processed weed. Like for instance, you walked into a room filled with 18 pounds of WEED and a dead giraffe.

DANNY DANKO: “Haha. I’ve definitely seen some pretty heavy loads and massive weed fields. I try to stay away from the biggest commercial operations in general and stick to more mom and pop type grows but sometimes people have different interpretations of going big. On my last trip to NorCal I saw the biggest individual plants I’ve ever witnessed. Seriously like 30 feet tall trees with hundreds of branches! These plants are measured in tens of pounds and grow in full sun for months on end. It’s pretty mind-blowing to see people pushing the limits of what’s possible in cannabis horticulture. Regular square type botanists are coming to us now to find out the newest techniques and tricks. 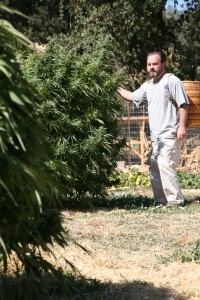 STUFF STONERS LIKE: How’d you get mixed up writing for High Times? And, what’s your writing background?

DANNY DANKO: “I started off just trying to get my foot in the door like anybody else would if it was their goal. I answered phones and broke down boxes and basically did whatever was needed. Eventually, an editorial position opened up and Kyle Kushman, knowing my background in growing, recommended me for the job and my editing, photography and writing career blossomed. I graduated from Boston University with a degree in Sociology as well so I was used to writing so journalism and feature writing came somewhat naturally. I also try to read as much of every kind of writing as I can and I learned plenty from reading and watching others.

STUFF STONERS LIKE: Surely, writing for the KING of WEED mags has led to some wild times, right? Fill us in on a good High Times mag story?

DANNY DANKO: “I remember one particular time at Bonnaroo a few years ago when I was backstage in the trailer smoking with Cypress Hill and Damian Marley and then getting to watch their shows from the side of the stage. It was an honor to share that with them and there’s a ton of other backstage moments that I’m so grateful to have been involved in. Showing up with some high grade pre-rolled spliffs is always appreciated and the artists that love us, really love us and don’t treat us like journalists but as friends and that’s pretty cool. One time, I went to see Manu Chao and High Times was the only press interview that he granted. He turned down New Yorker MagazineNY Times, and the but made a point of speaking to High Times. That was quite a thrill.

STUFF STONERS LIKE: Talk about quite a thrill…this interview has been a thrill, man. Thanks again for taking the time and STAY STONED!