THC what is it?

THC is a chemical found in marijuana. It’s also the primary source in pot responsible for psychological effects. Oh yeah before we forget, THC stands for tetrahydrocannabinol. And according to NIDA aka the National Institute on Drug Abuse it acts much like the cannabinoid chemicals made naturally by the body. So basically your body already makes its own version of cannabis.

Anyhow cannabinoid receptors are concentrated in certain areas of the brain. When tetrahydrocannabinol attaches to these receptors it activates them affecting a person’s thinking, memory, pleasure, coordination, and time and sensory perception. Other parts of the body also have cannabis receptors including nerves. However, while THC can alleviate pain it won’t bind itself to receptors in the brain like opioids. 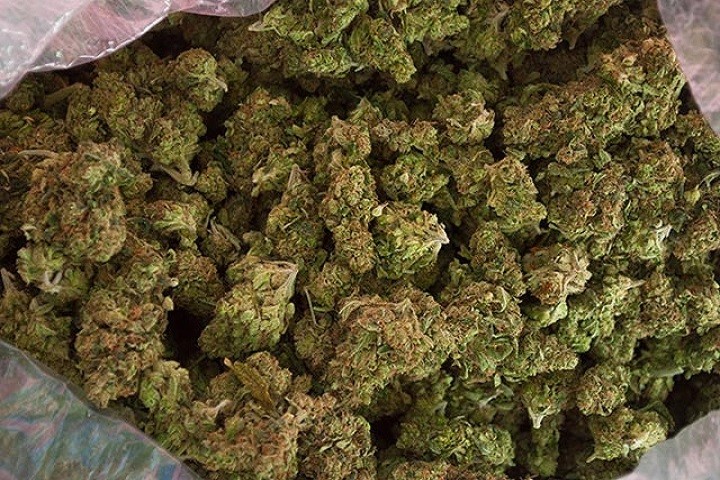 THC is one of many compounds found in the resin, or trichomes, secreted by glands of the marijuana plant. These things measure only about 50 to 100 micrometers wide and deliver all the medical or recreational value of marijuana. Trichomes typically cover all parts of marijuana buds from the interior stems to the surrounding leaves. And it’s believed that these tiny trichomes evolved as the cannabis plant’s defense mechanism. The trichome protect pot from threats like insects and animals. The trichome makes the plant less palatable to hungry predators. Plus weed trichomes are also known to inhibit or ever prevent some types of fungal growth. Some scientist think that trichomes also protect pot plants from high wind and low humidity.

The concentration level of THC in marijuana depends on the way the marijuana plant has been grown. Well-grown weed will have many more trichomes and much more THC than a plant that is poorly-grown. And don’t forget about hemp, which is renowned for its utility and low THC content. Some weed strains can have as little as 0.3 percent THC by weight. Other strains can contain well beyond 20% THC. In fact it’s typically high THC weed that wins most cannabis competitions. Concentrates like hash contain a lot more THC and things like shatter, BHO, rosin and CO2 oil contain even much more THC.

Most of the glands responsible for THC production are found around the reproductive organs of the plant. Other compounds unique to marijuana, called cannabinoids, are present in this resin. One cannabinoid, CBD is nonpsychoactive. Another, CBG or cannabinoid, is an anti-bacterial agent also nonpsychoactive that can help reduce inflammation, paranoia and anxiety it can also reduce or eliminate cancerous tumors. In fact there are more than 110 cannabinoids contained in a weed plant. And each one of ‘em delivers their own unique benefit. Speaking of benefits THC delivers a lot of ‘em. Studies show that it activates pathways in the central nervous system which work to block pain signals from being sent to the brain. Tetrahydrocannabinol has been shown to be especially effective against nerve-related pain. Because it’s also associated with temporary impairments of memory it works great to relieve the effects of Post-Traumatic Stress Disorder or PTSD. Recent studies confirm that oral doses of THC can help relieve a variety of PTSD-related symptoms including flashbacks, agitation and nightmares. THC can also be used to stimulate an appetite or treat nausea and vomiting. It’s also useful in treating asthma, glaucoma and insomnia.

Have we left anything out about tetrahydrocannabinol? Have your own answer to the question, what is THC? Or just love high THC weed? Let us know in the comments below, man…

One Response to “What Is THC?”