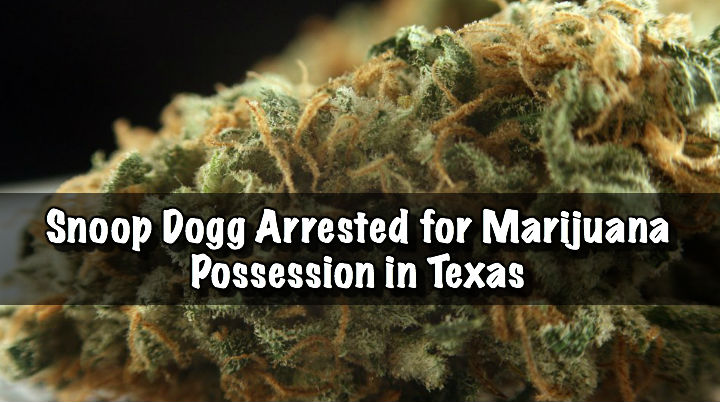 Looks like Snoop Dogg ain’t the only dog with a nose for WEED. Apparently, there’s some asshole drug-sniffing dog in Texas that, over the weekend, alerted border patrol agents that Snoop was ridin’ dirty through some checkpoint in WEED-hatin’ Sierra Blanca, a small town in West Texas, says the NY Times daily.

Agents allegedly found “half an ounce of weed wrapped in several joints inside a prescription bottle that was found in a trash can in the back of the bus.” Meaning…they didn’t find Snoop’s real stash…just some left-over shit…pro’lly shit that fell to the floor while Snoop got his roll-on.

Snoop admitted the herb was his and despite the fact he’s got a recommendation here in CA, weed-hatin’ law enforcement in Texas didn’t give a shit…they cited him anyhow and then released him.

Yo Snoop hit us up…we’d be HONORED to pay your citation, man. It’s the least we can do.

2 Responses to “THEY GOT SNOOP! Snoop Dogg Arrested for Marijuana Possession in Texas”